Dozens of veterans rallied with city leaders in support of D.C. statehood Monday, as officials prepare to testify this week in support of House Resolution 51, which would make the District the nation’s 51st state.

In anticipation of the week’s intensified push for statehood, 140 flags put up along Pennsylvania Avenue between the White House and U.S. Capitol depict a 51-star version of the U.S. flag.

City leaders hosted a bus parade with veterans along the newly adorned route, leaving the Wilson building amidst great fanfare from statehood hopefuls. They lined the path and gathered for a news conference at Third Street, where a veteran climbed a ladder to ceremoniously hang one of the flags.

“In case they thought they could stop us now, all I can say to them is that, ‘You’re damn lucky we didn’t take this bus all the way up to the steps of the Capitol,'” Norton said.

She appealed to the crowd to attend Thursday’s congressional committee hearing to show support while city leaders, veterans and others testify.

“Flood the House, storm the House — make it so nobody else can get in,” Norton said. “Show them…we will not go home until you tell us. We will become the 51st state of the United States of America.”

“Once again, we are warriors for freedom,” the Veterans United for D.C. Statehood said in a news release. The group helped organize veterans nationwide to take the fight for D.C. voting rights to Congress.

“Hector Rodriquez started the Veterans United for Statehood, and [the mayor] is giving this organization a great push with this activity,” said a supporter of the group, who preferred not to be named. “I am so happy that the mayor is finally supporting veterans.”

“For 200 years, D.C. residents have been denied voting representation in the Congress of the United States,” said Korean War veteran Harold Thomas, of the group Veterans for D.C. Statehood.

Thomas added that he’s been awaiting statehood since he was born in 1941. “This is an injustice Veterans for D.C. Statehood are engaging Congress and our fellow Americans to rectify,” he said.

The House Oversight and Reform Committee meeting on H.R. 51 begins 10 a.m. Thursday in the Rayburn House Office Building in Room 2157. 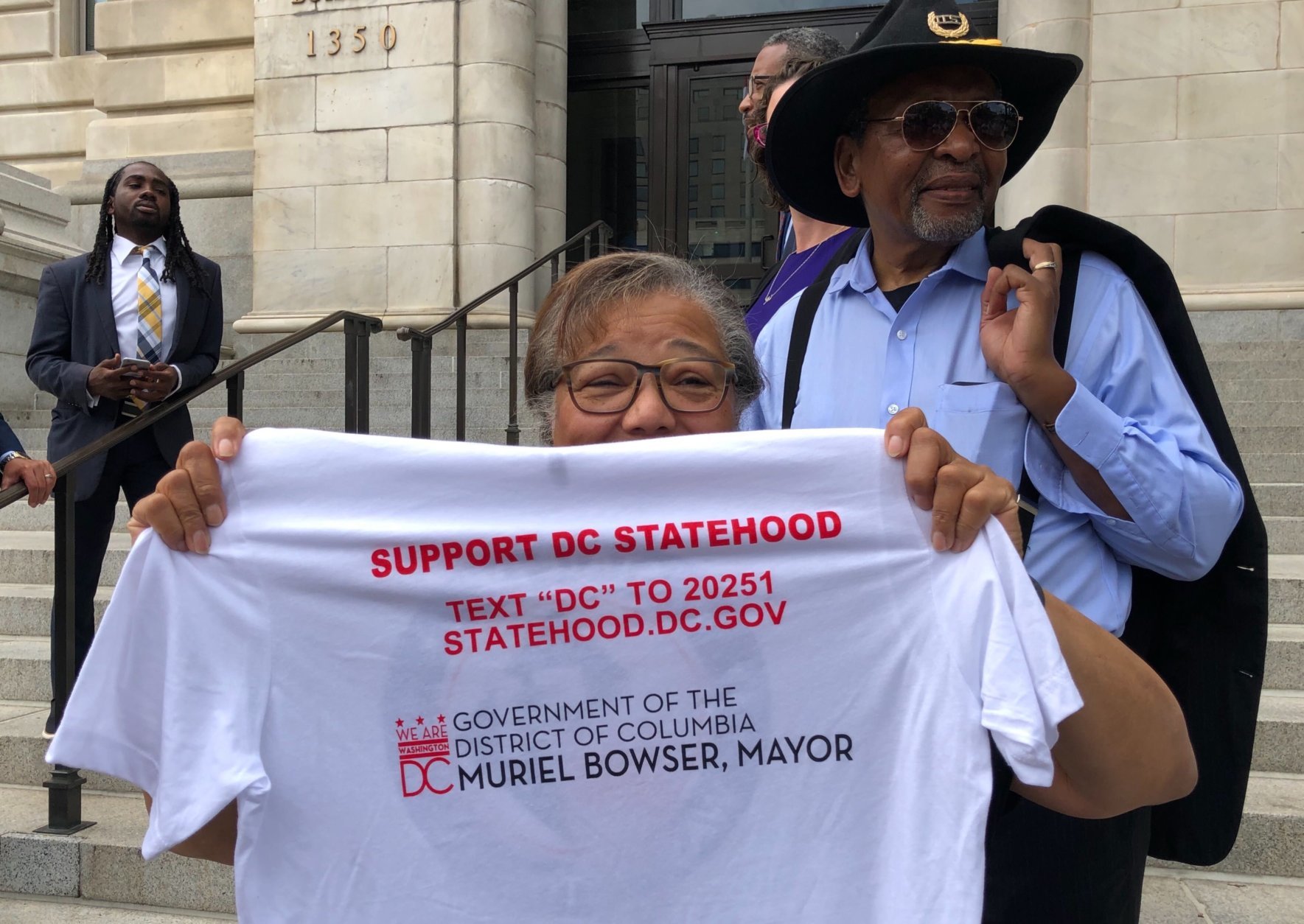 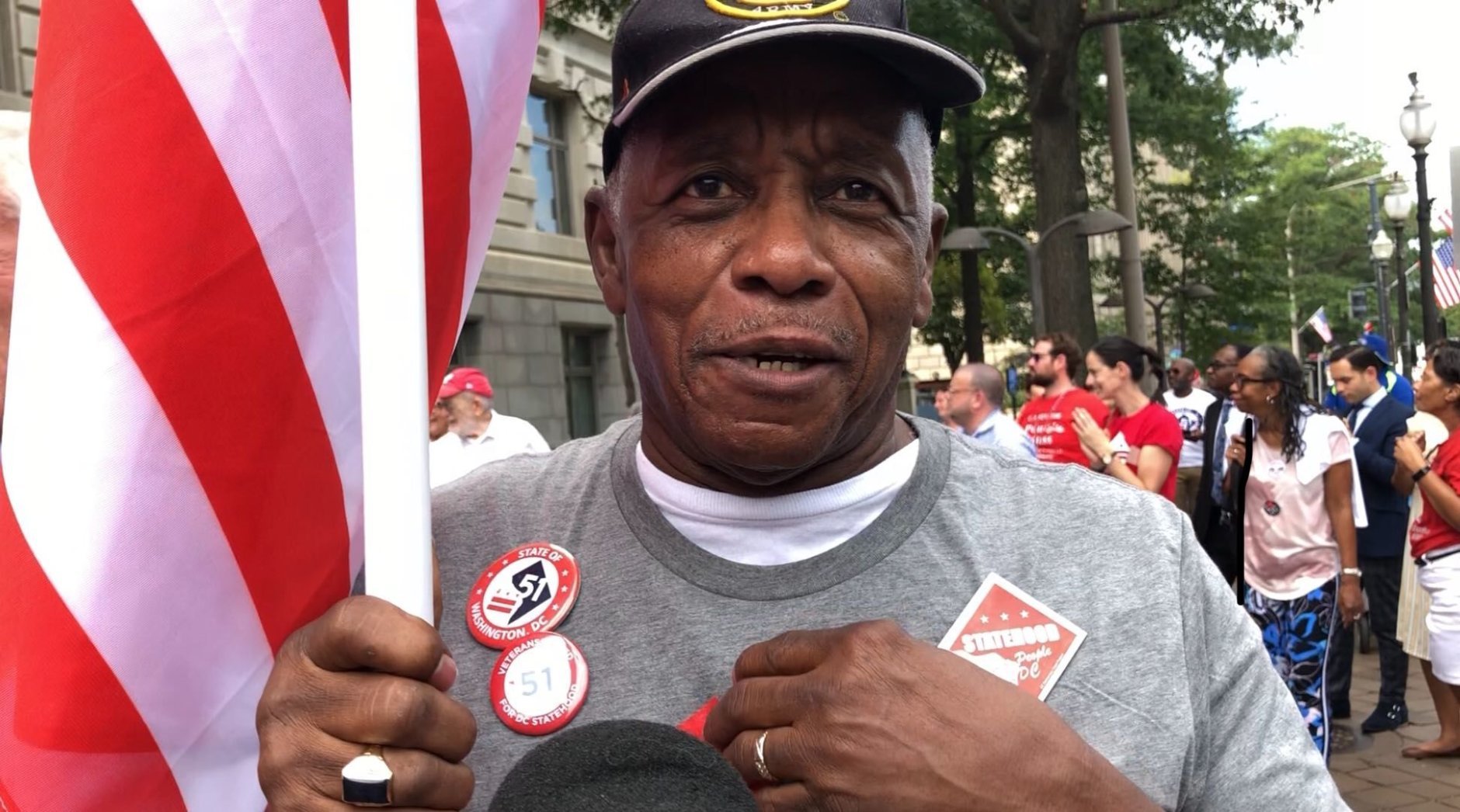 2/7
Harold Thomas, with the Veterans for D.C. Statehood, is a Korean War veteran and a D.C. resident since 1941. 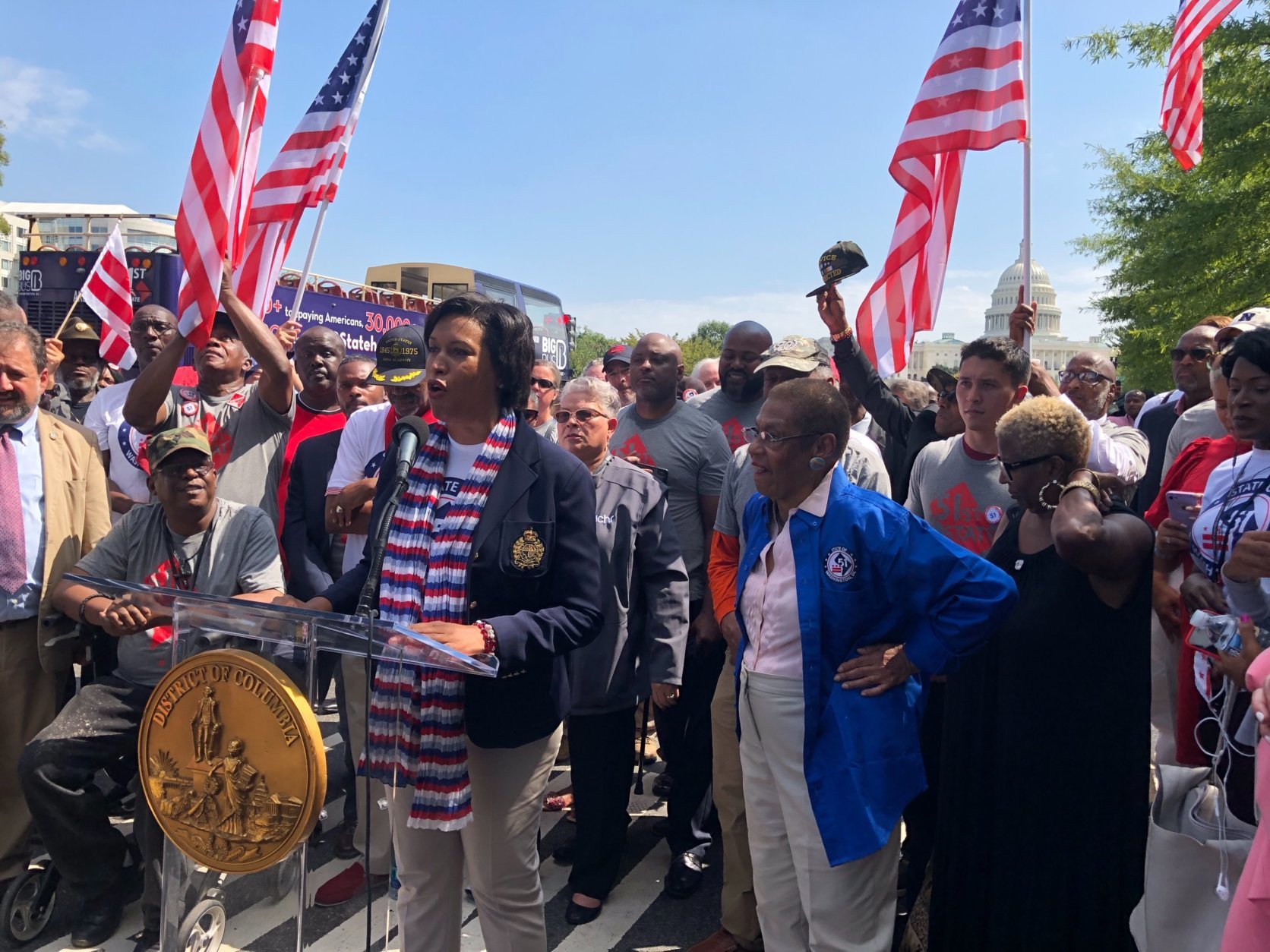 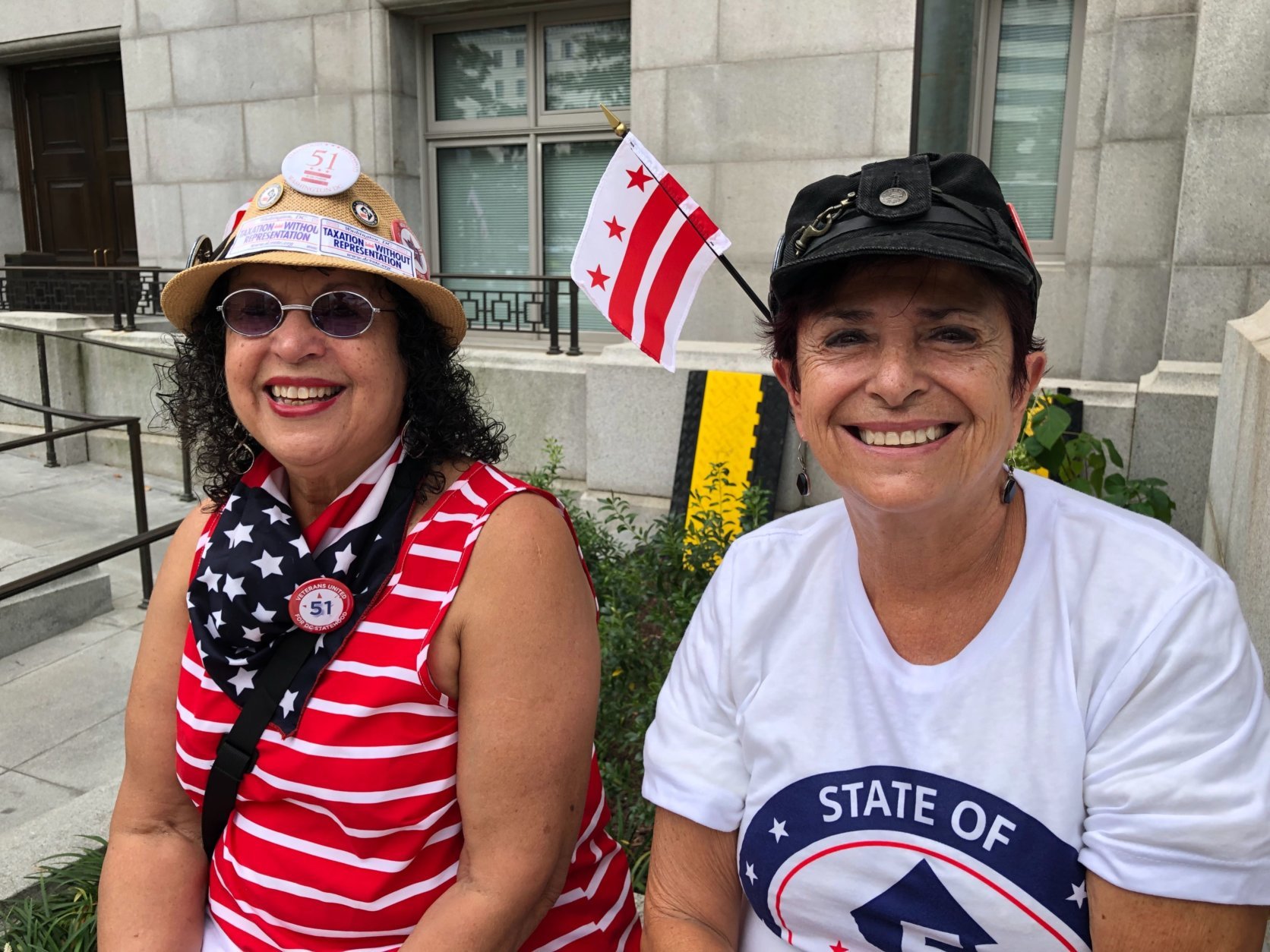 4/7
These supporters of Veterans United for D.C. Statehood are long-term city residents. They chose not to be named, but the one on the right said, “The mayor is giving this organization a great push with this activity.” 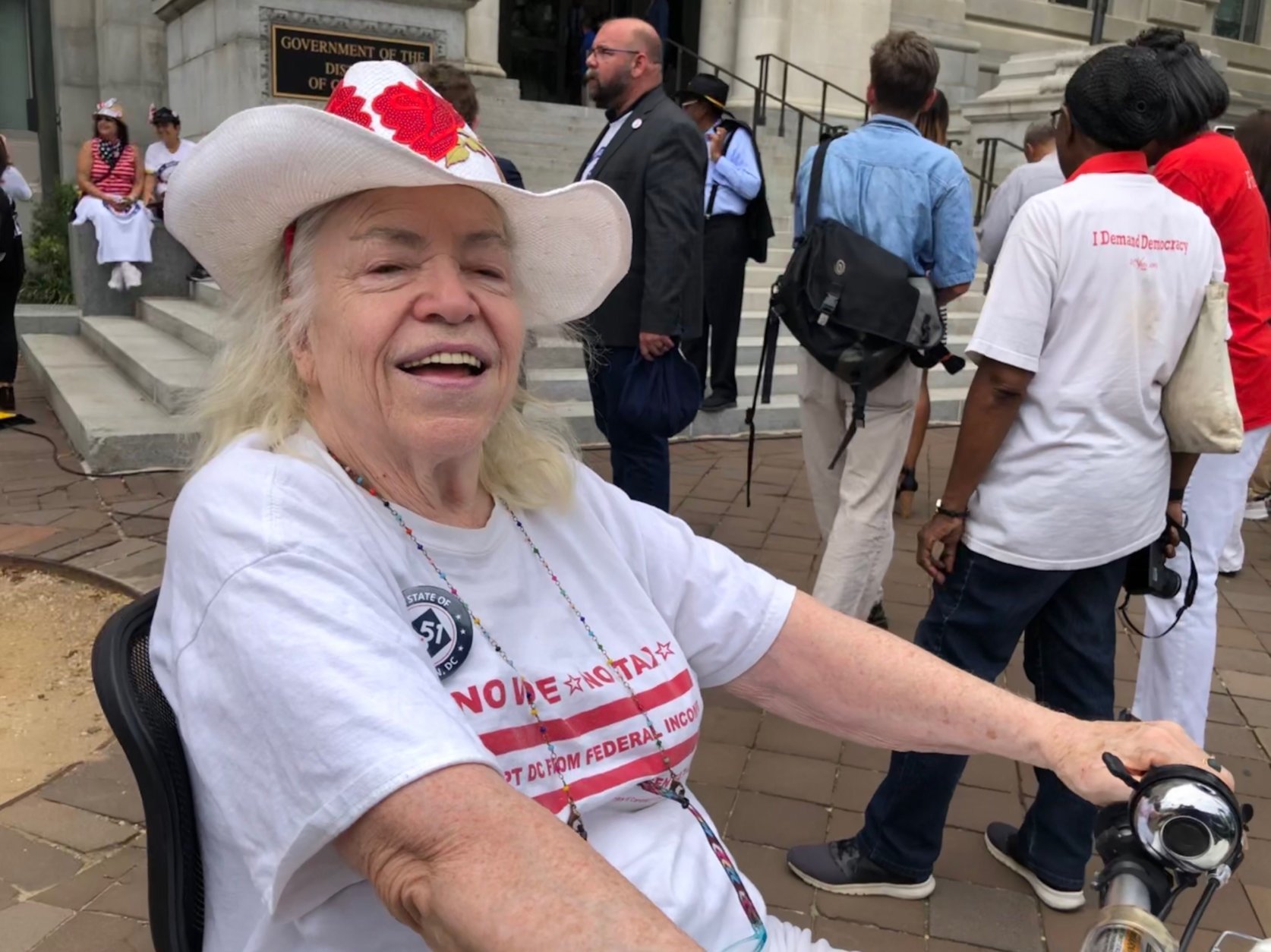 5/7
D.C. resident Susan Meehan said she has been waiting for statehood for over 50 years. 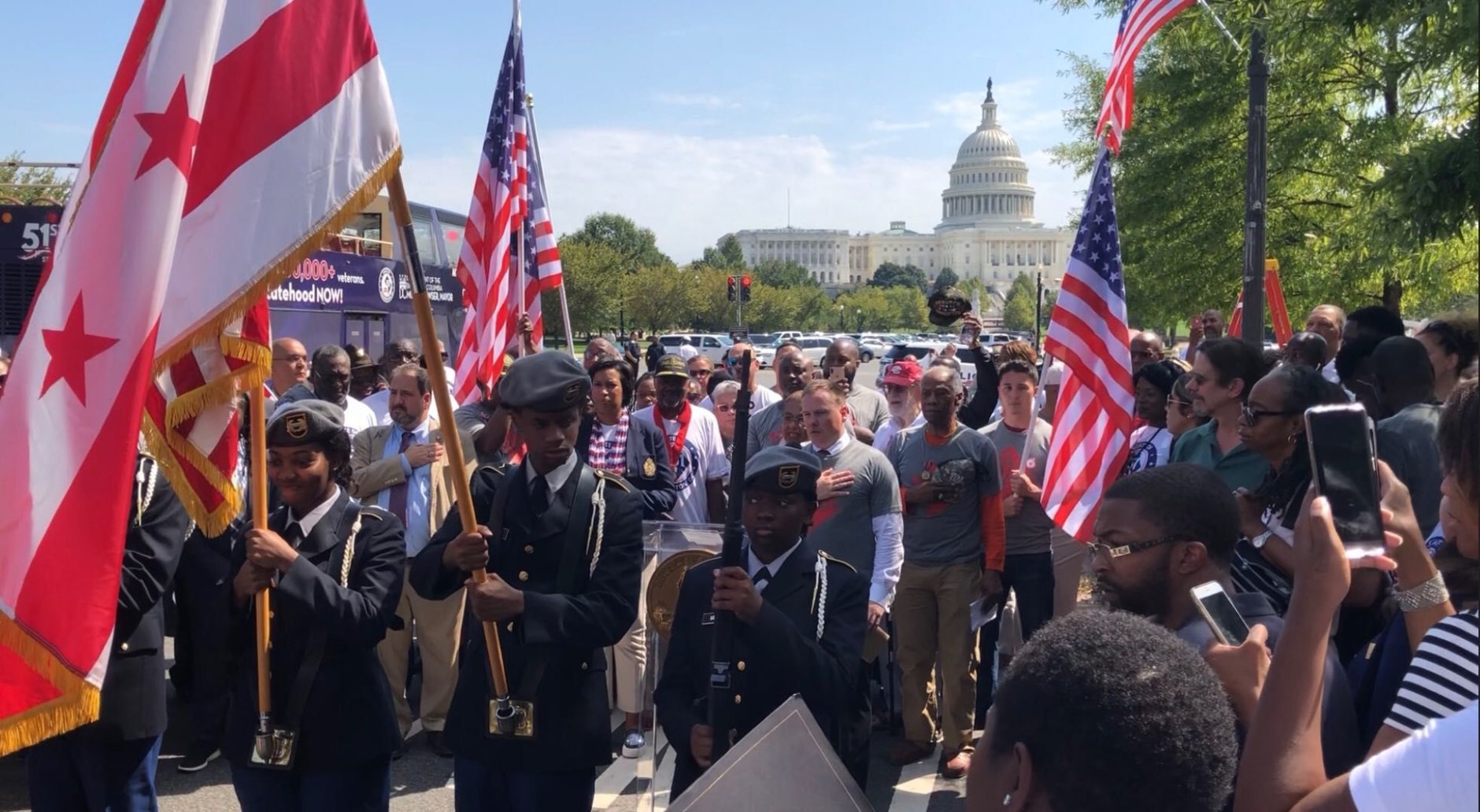 6/7
Before the news conference, officials started with the Pledge of Allegiance on Monday, Sept. 16, 2019. 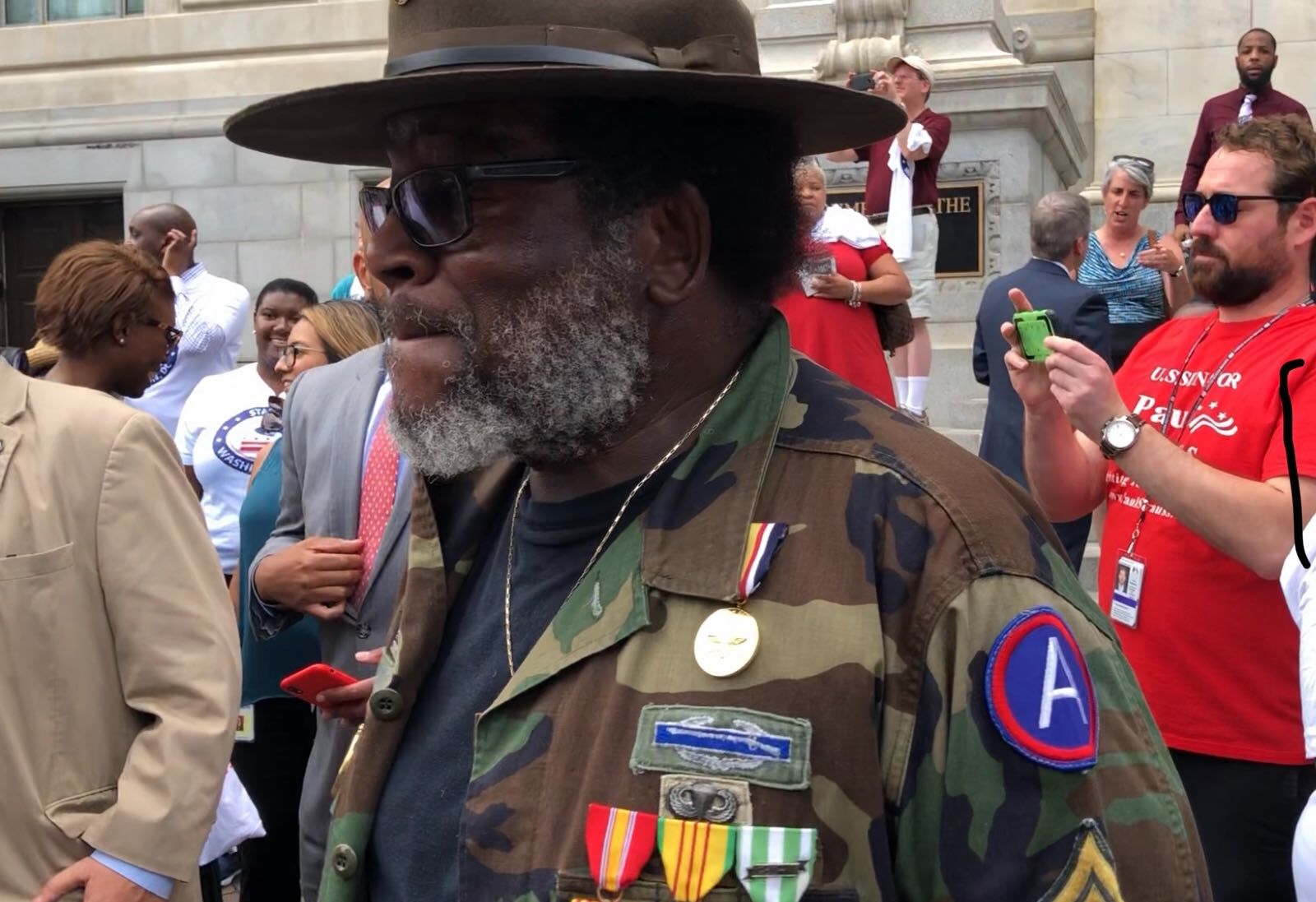