The much-adored giant panda bid adieu to the United States and departed for China on Tuesday, but not before taking part in one last Washingtonian tradition: The trek to Dulles International Airport.

Bei Bei’s crate was loaded into a FedEx truck around 9:30 a.m., beginning his daylong journey to Chengdu in China’s Sichuan province, WTOP’s Melissa Howell reported. FedEx said in a statement that Bei Bei enjoyed his last “American breakfast” of bamboo and leafeater biscuits before heading out.

The 4-year-old panda has a 16-hour nonstop flight from Dulles on a custom-painted Boeing 777 freight plane and departed around noon. He’s flying inside a specialized travel crate made of steel and plexiglass, together with his favorite toys and treats, including 66 pounds of bamboo and a hearty portion of apples, pears and sweet potatoes.

Accompanying Bei Bei on his flight to the other side of the world is Laurie Thompson, the panda’s caretaker, and National Zoo chief veterinarian Don Neiffer.

American zookeepers will work with their Chinese counterparts once the plane lands to ensure Bei Bei comfortably adjusts to his new environment, the National Zoo said.

Bei Bei will eventually enter China’s giant panda breeding program in partnership with the China Wildlife Conservation Association. With a global population of less than 2,000, the giant panda — once common in China’s central mountain ranges — is considered a vulnerable species.

“From the second he was born, we knew he would be going to China,” said Brandi Smith, deputy director at the National Zoo. “Bei Bei is a success; he’s another panda on the planet, and all of this love and attention he’s getting are a great thing.”

Visitors flocked to Bei Bei’s enclosure for a farewell on Sunday, snapping their last photos of Bei Bei munching on bamboo and a celebratory ice cake.

WTOP reporters followed Bei Bei’s departure from the zoo to the airport. Check out the photos and videos from throughout the day, and follow our liveblog. 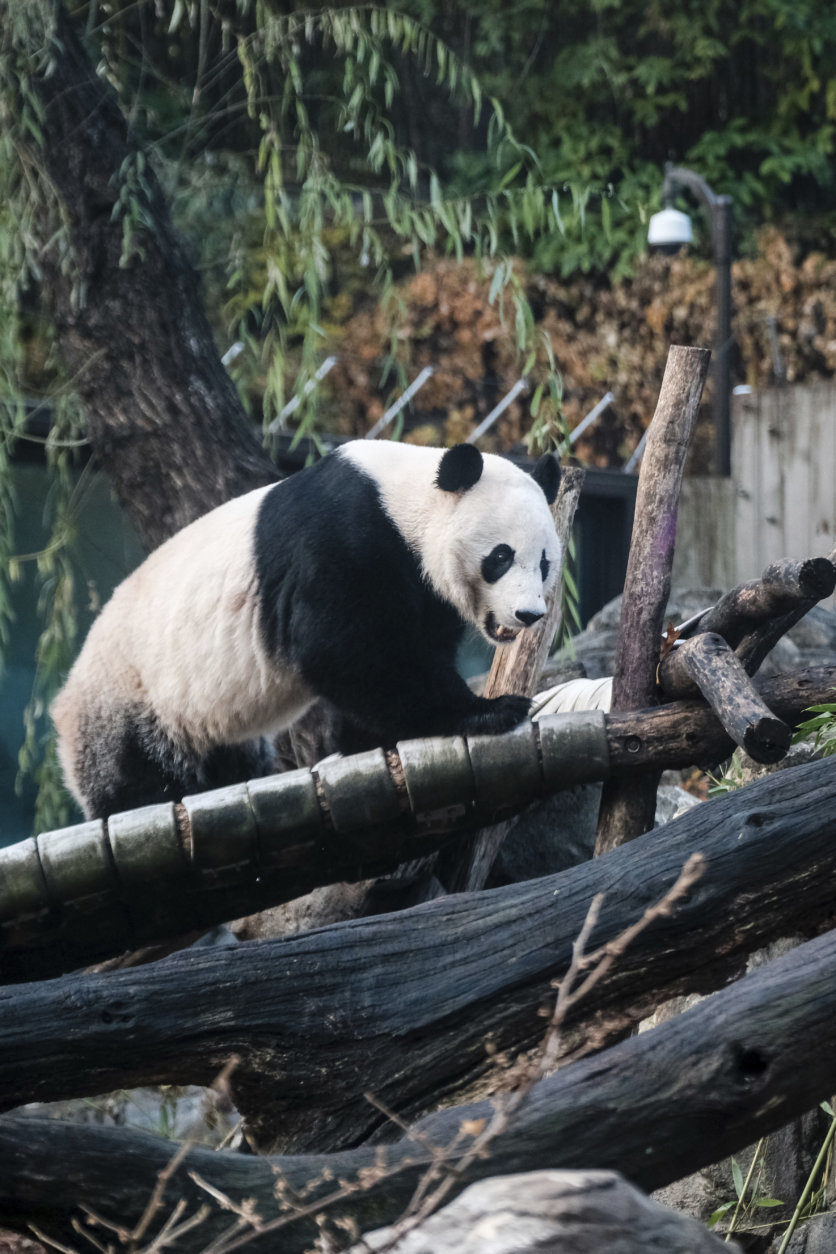 Bei Bei was born at the National Zoo on Aug. 22, 2015, via artificial insemination. His parents, Mei Xiang and Tian Tian, continue to live at the zoo. 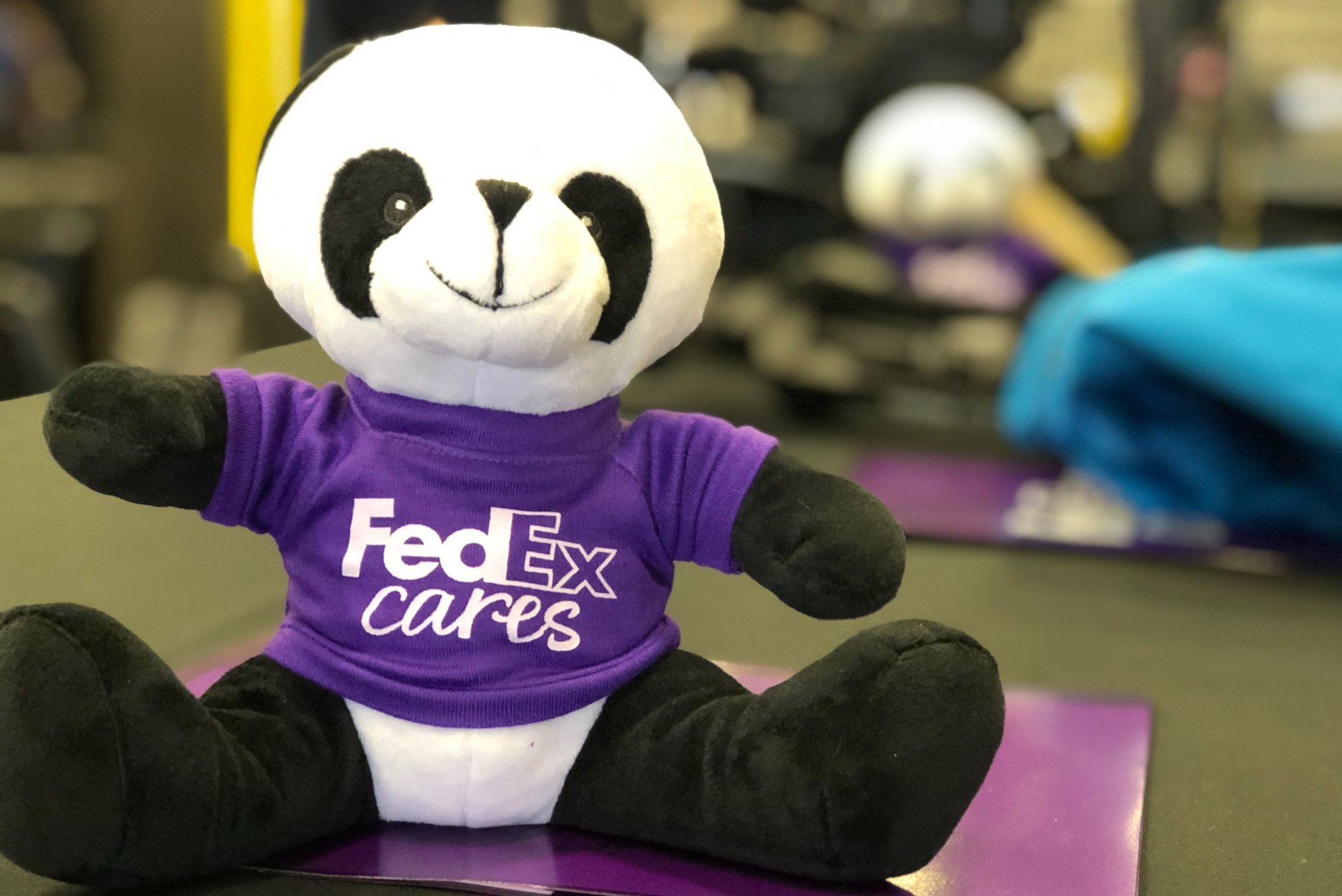 Bei Bei’s name, which translates as “treasure” or “precious” in Mandarin, was jointly selected by former first lady Michelle Obama and Peng Liyuan, the first lady of the People’s Republic of China.

And there he goes! Bei Bei is officially packed and loaded, heading for Dulles International @WTOP pic.twitter.com/WuUWNAka3P

Zoo Director Steve Monfort called the occasion “bittersweet,” The Associated Press reported.  Zoo staff and visitors had grown to love the bear but his return was important to the future of the species, Monfort added. 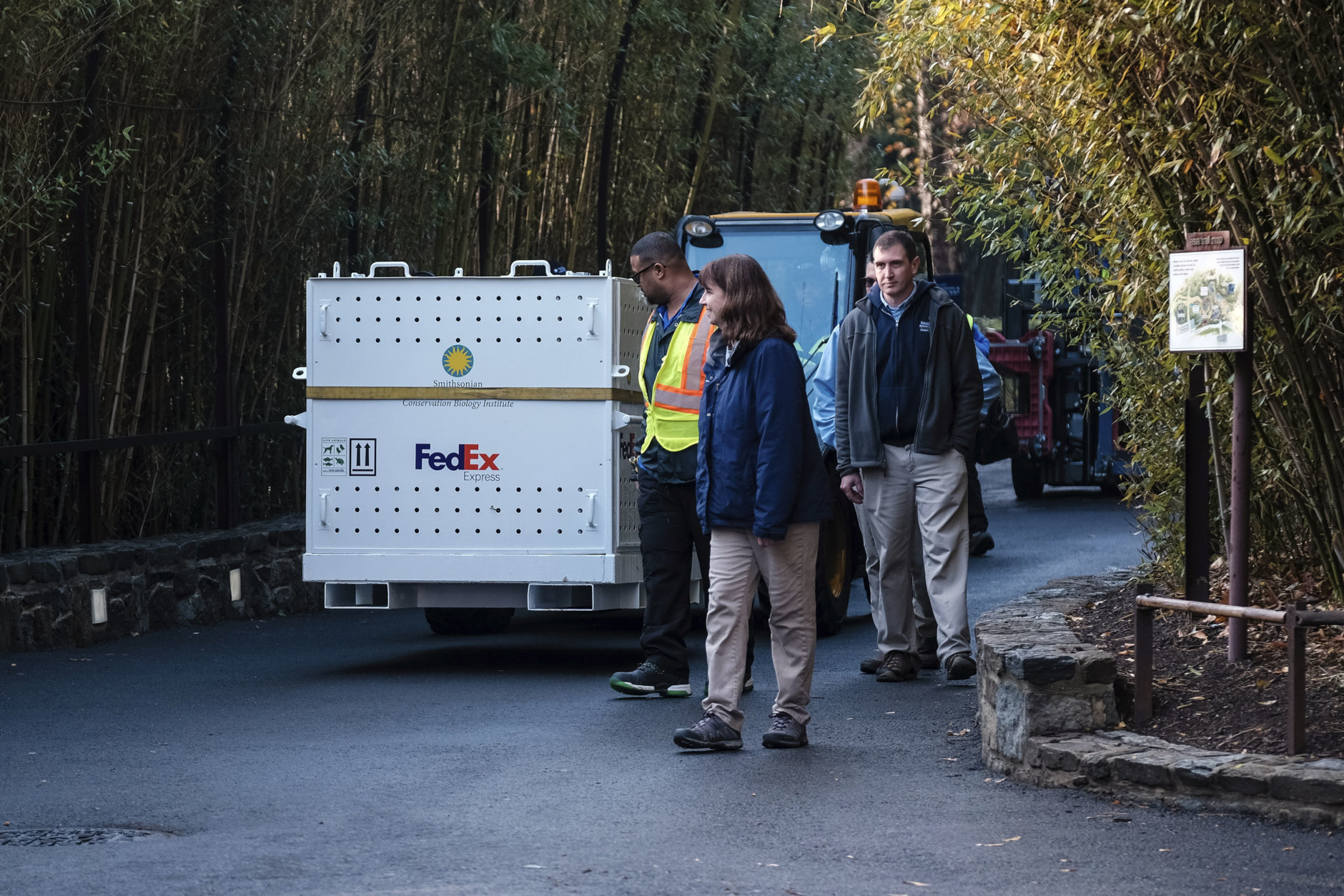 “Our team has cared for him, learned from him and, along with millions, loved watching him grow,” Monfort told The Associated Press. “We’re sad he’s leaving, but excited for the contributions he will make to the global giant panda population.” 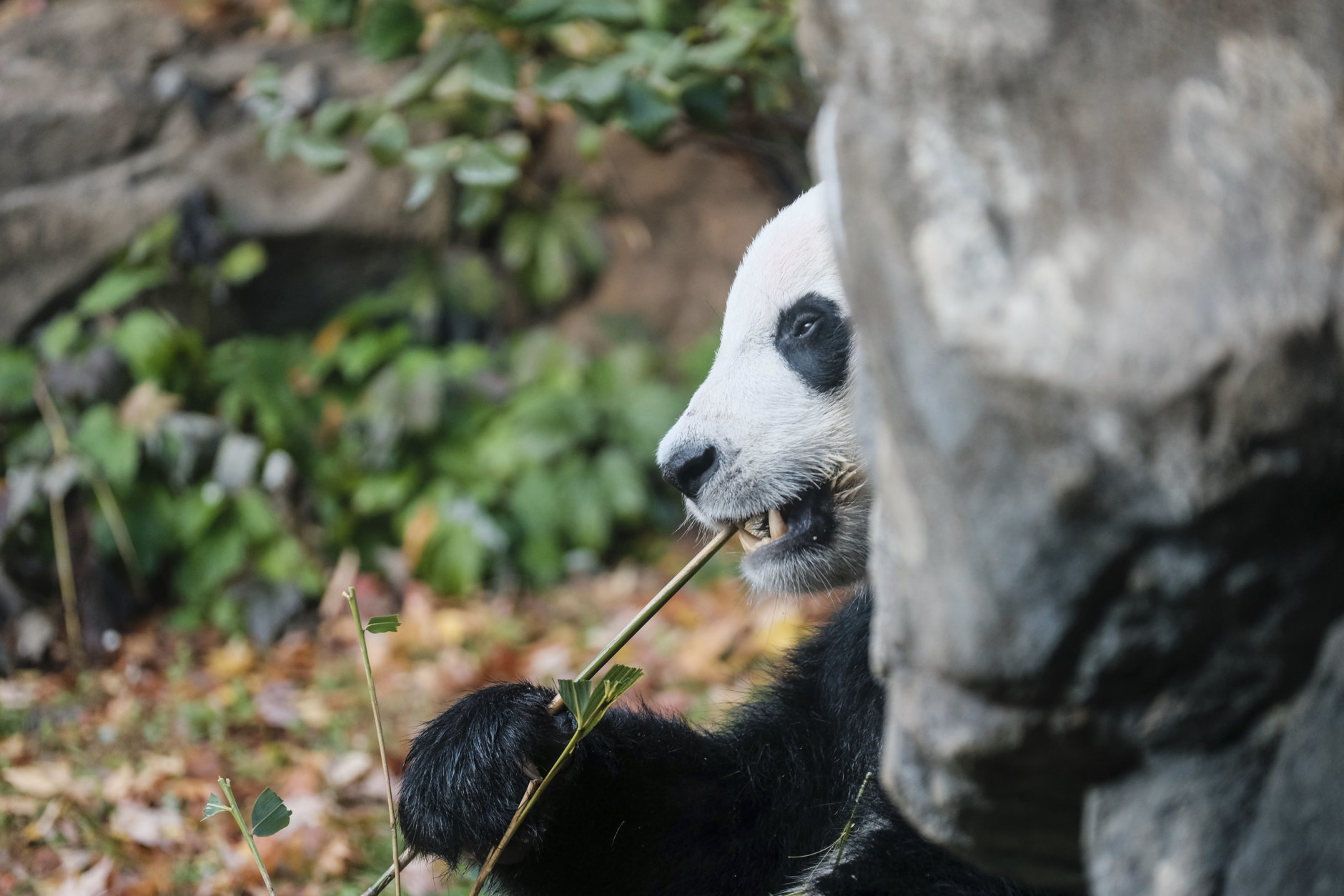 There are an estimated 1,800 giant pandas in the wild, all of them in southwestern China. 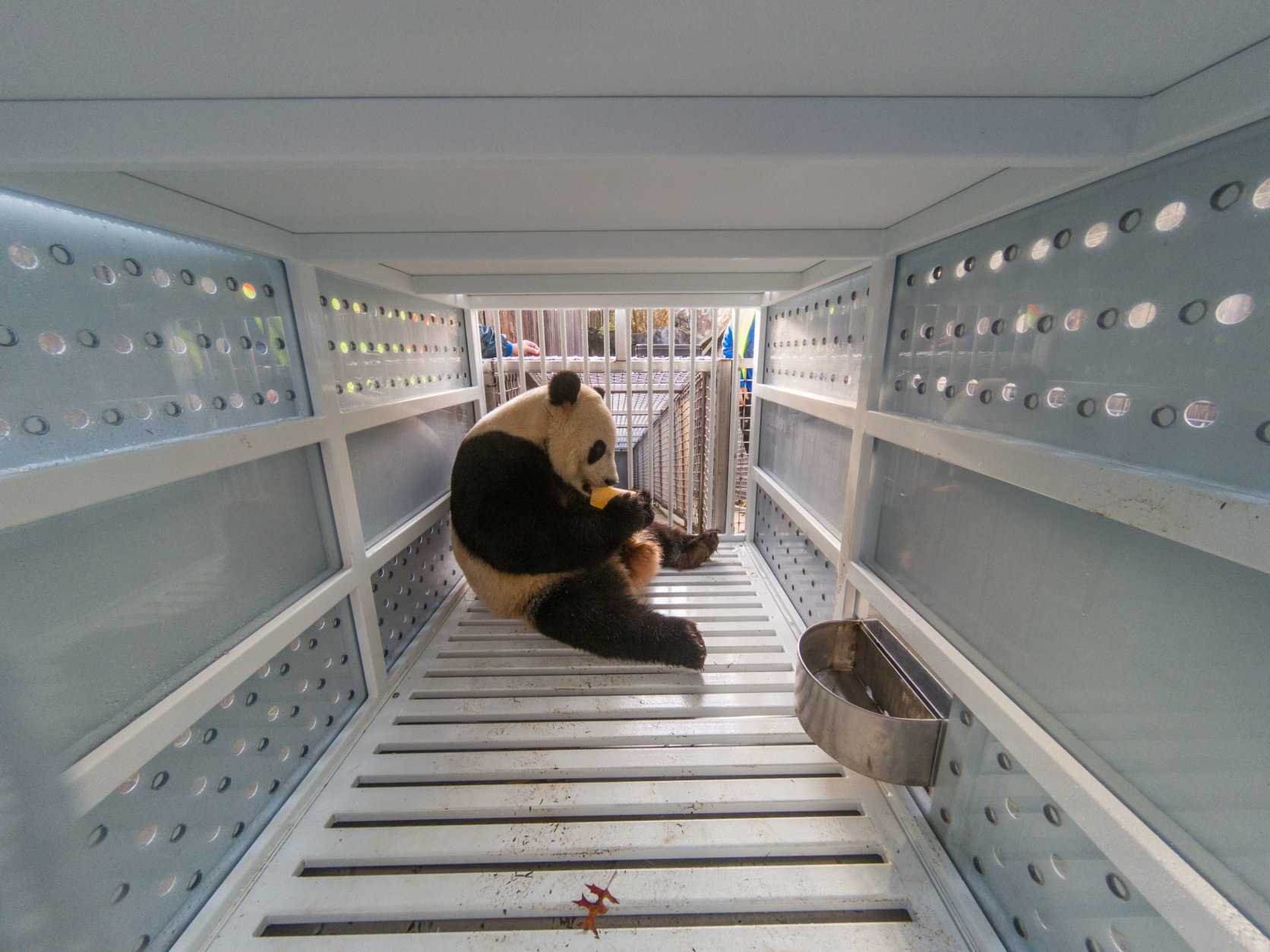 6/19
The National Zoo shared this image of Bei Bei eating a fruitsicle inside his shipping crate before leaving for China. 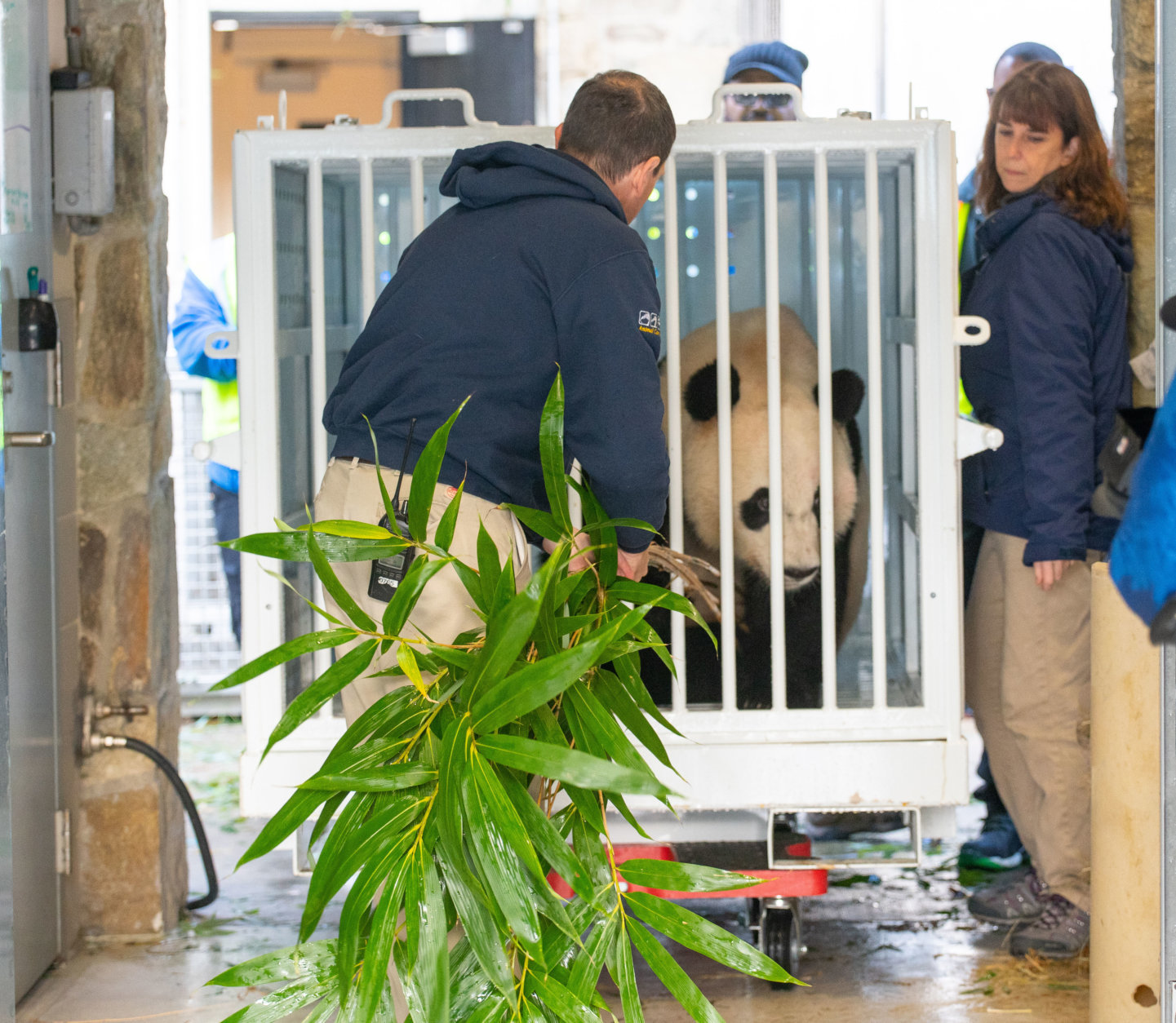 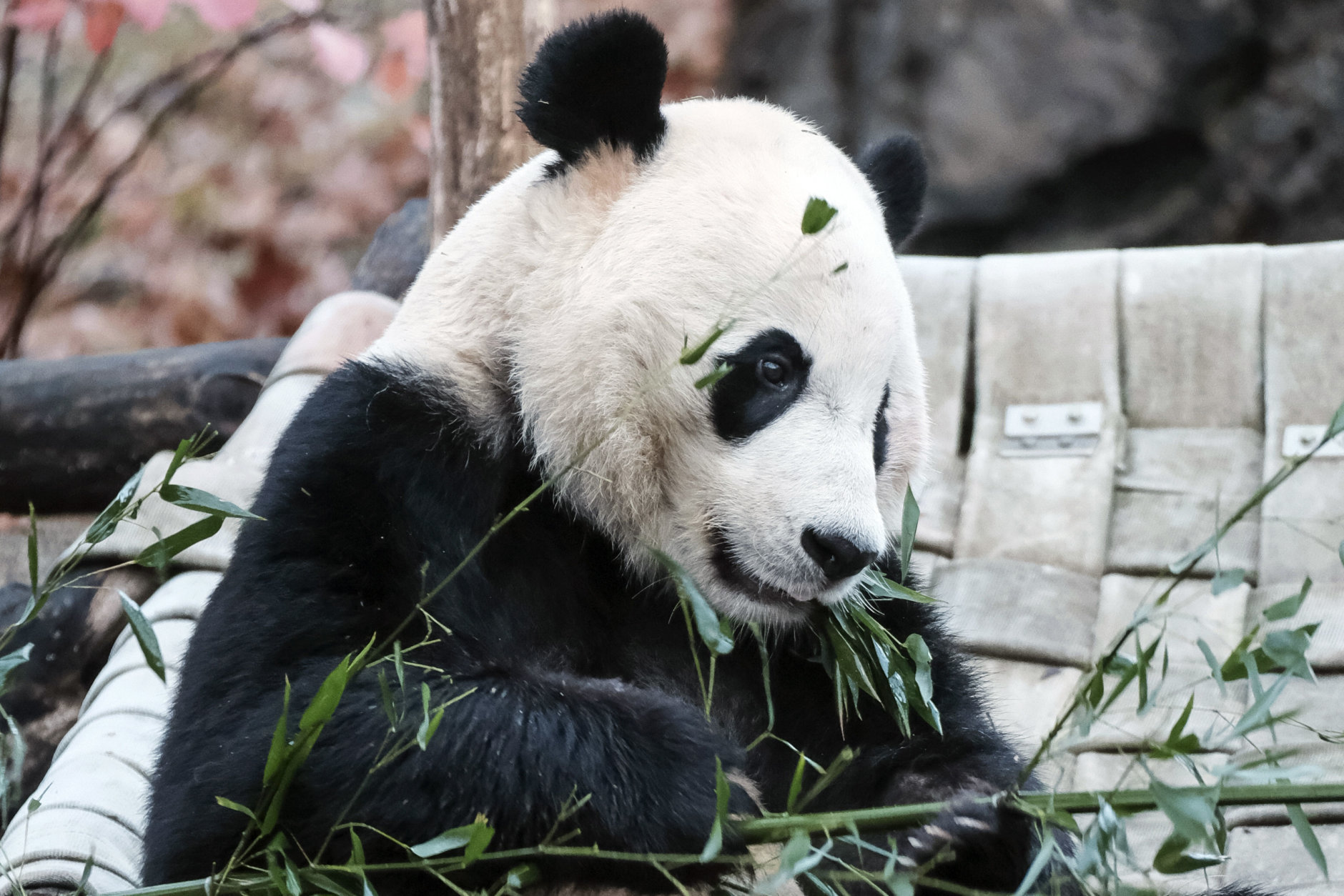 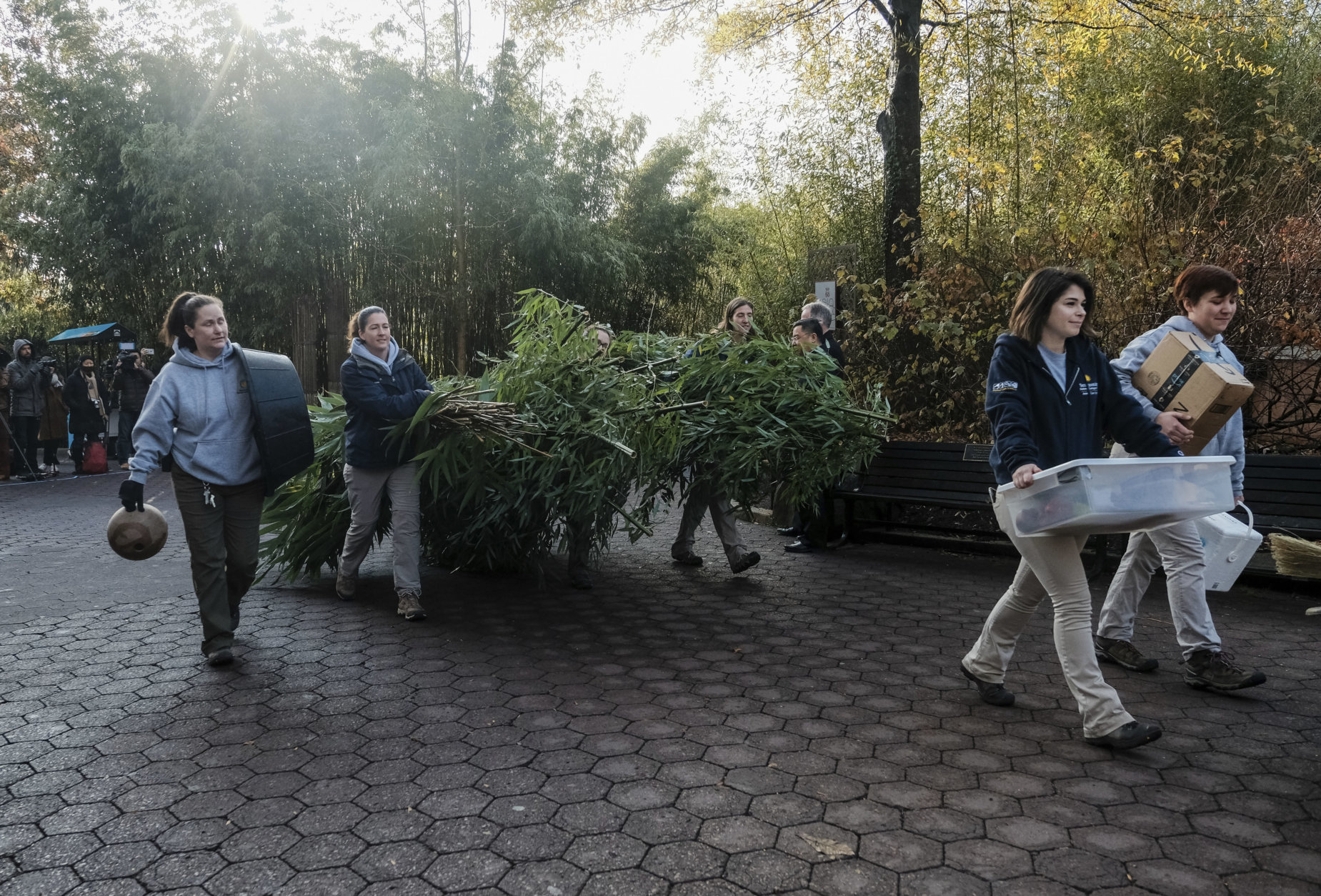 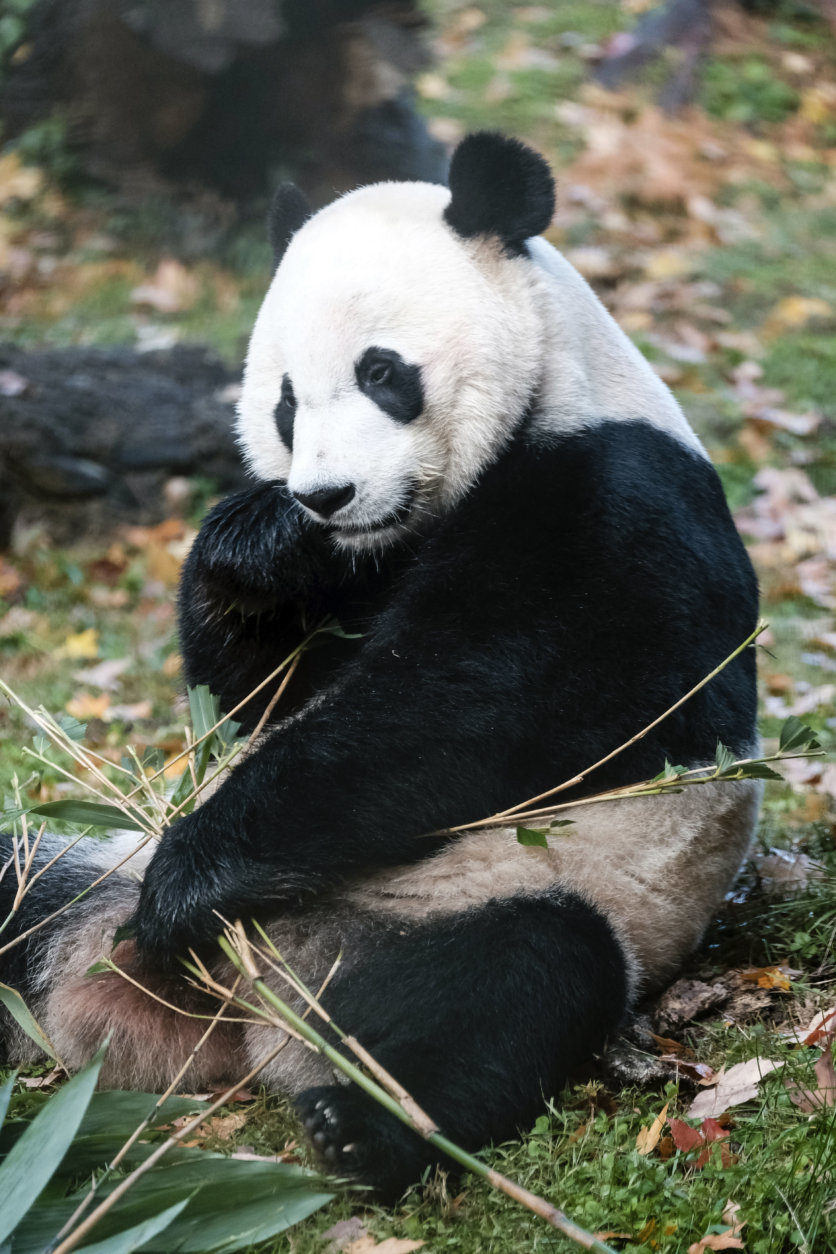 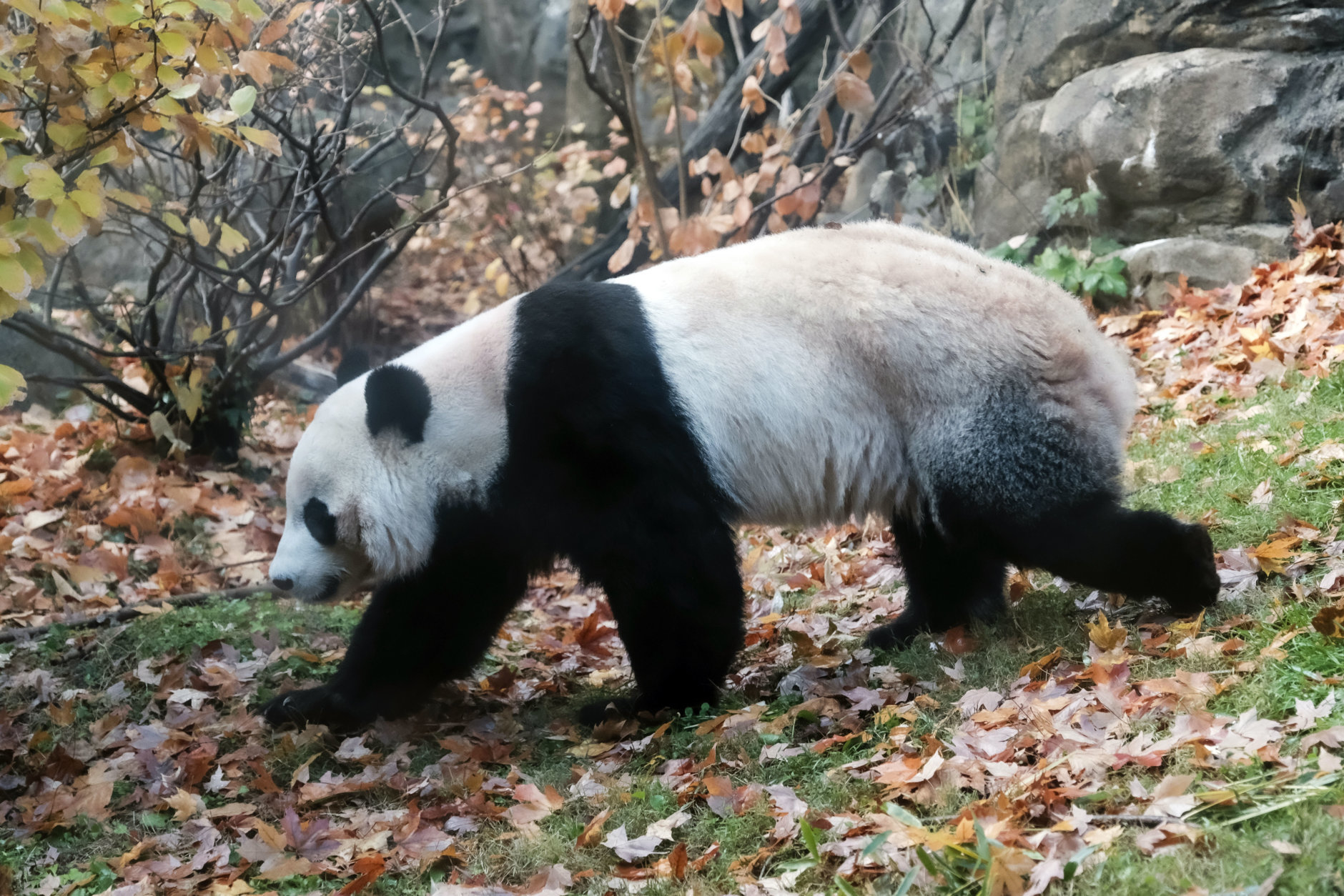 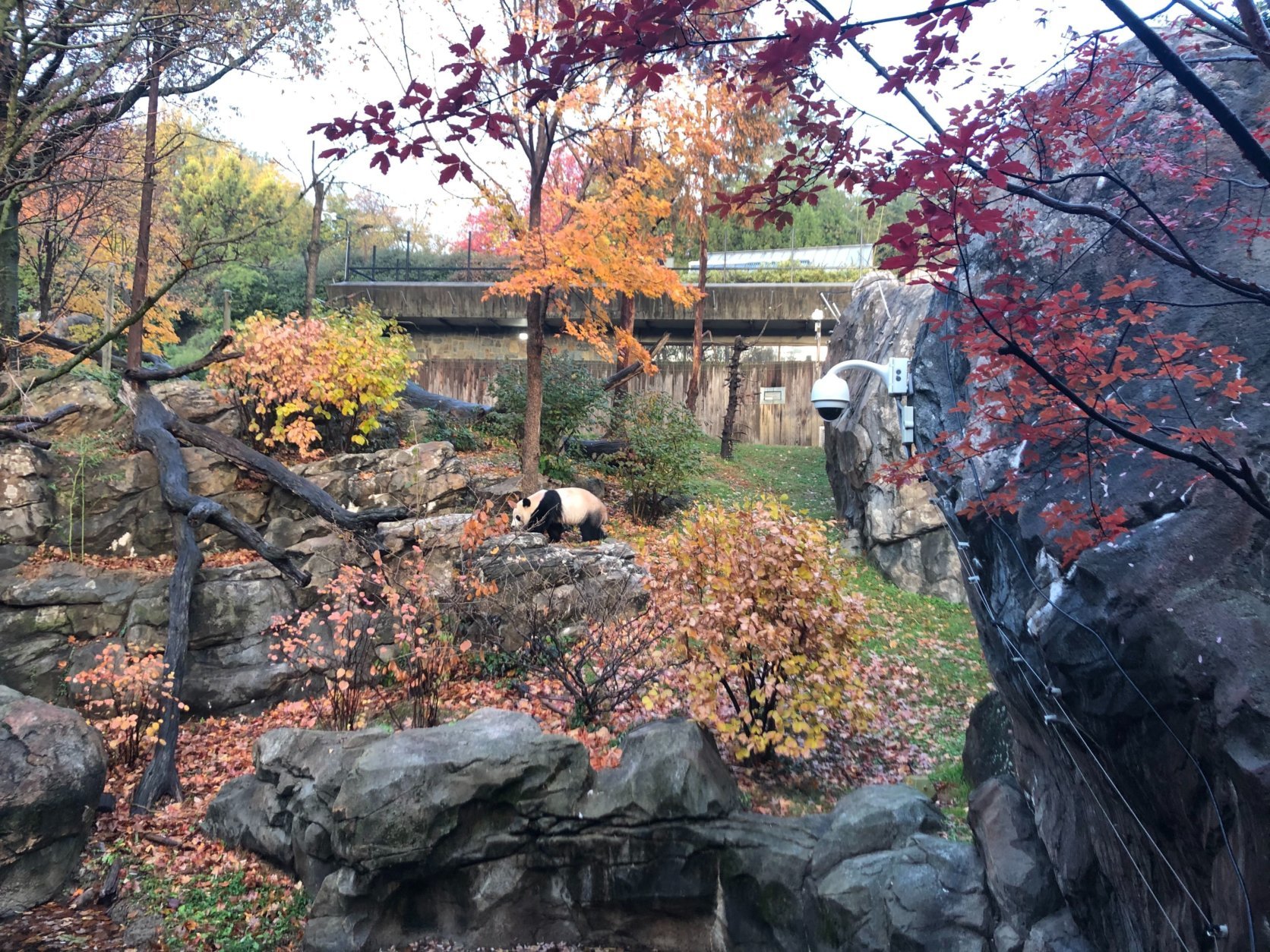 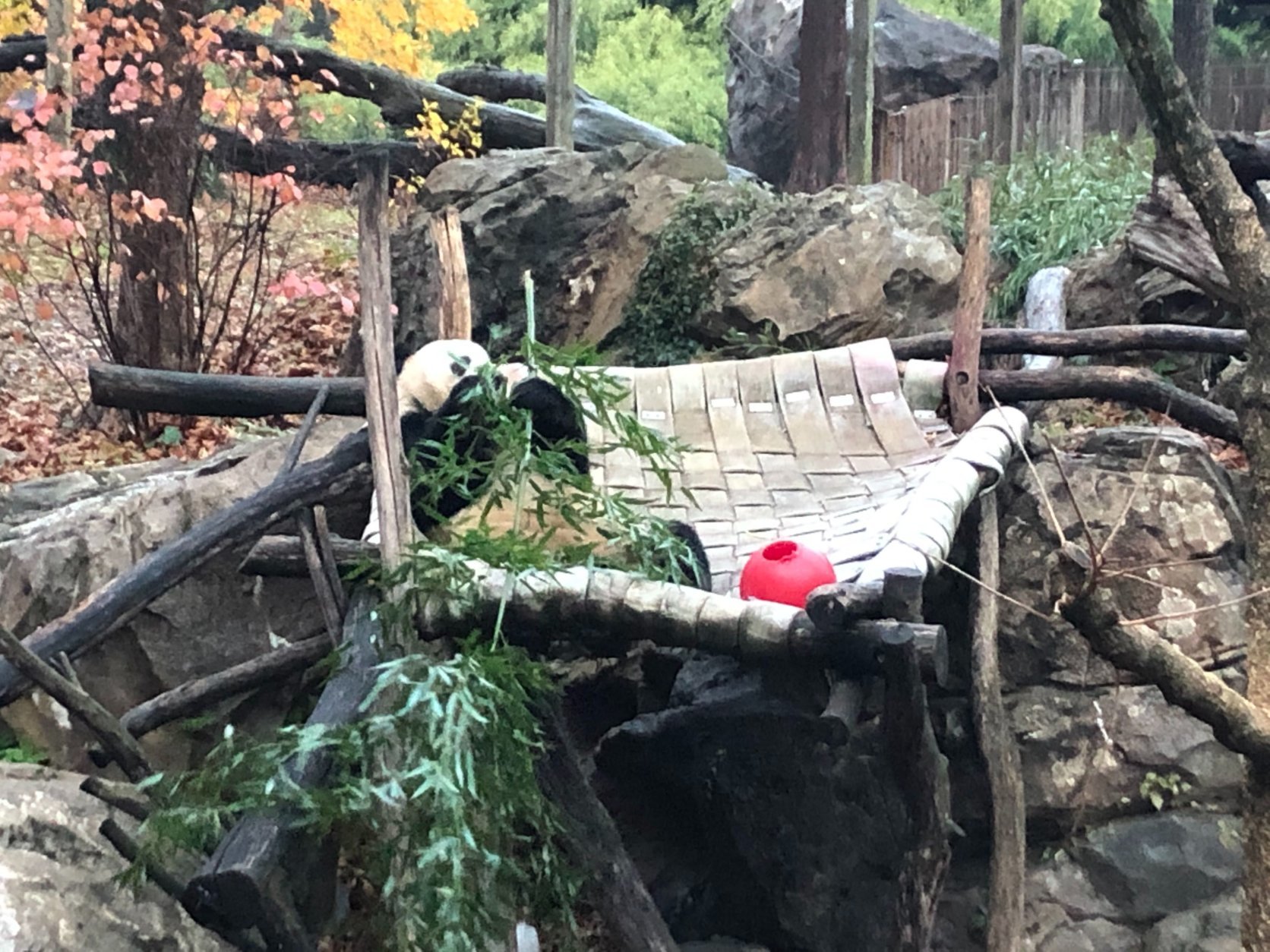 13/19
Bei Bei chowing down before his departure. 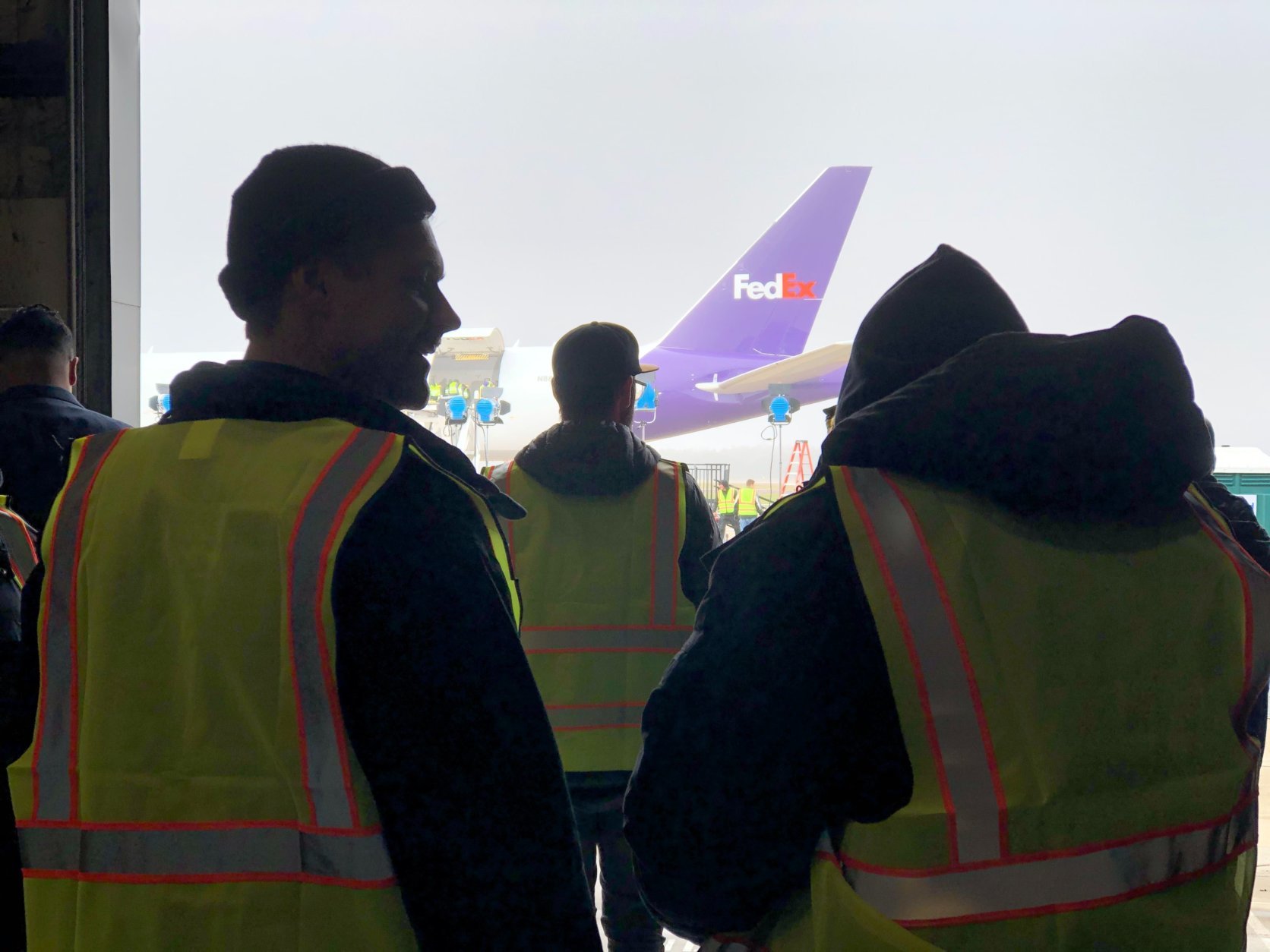 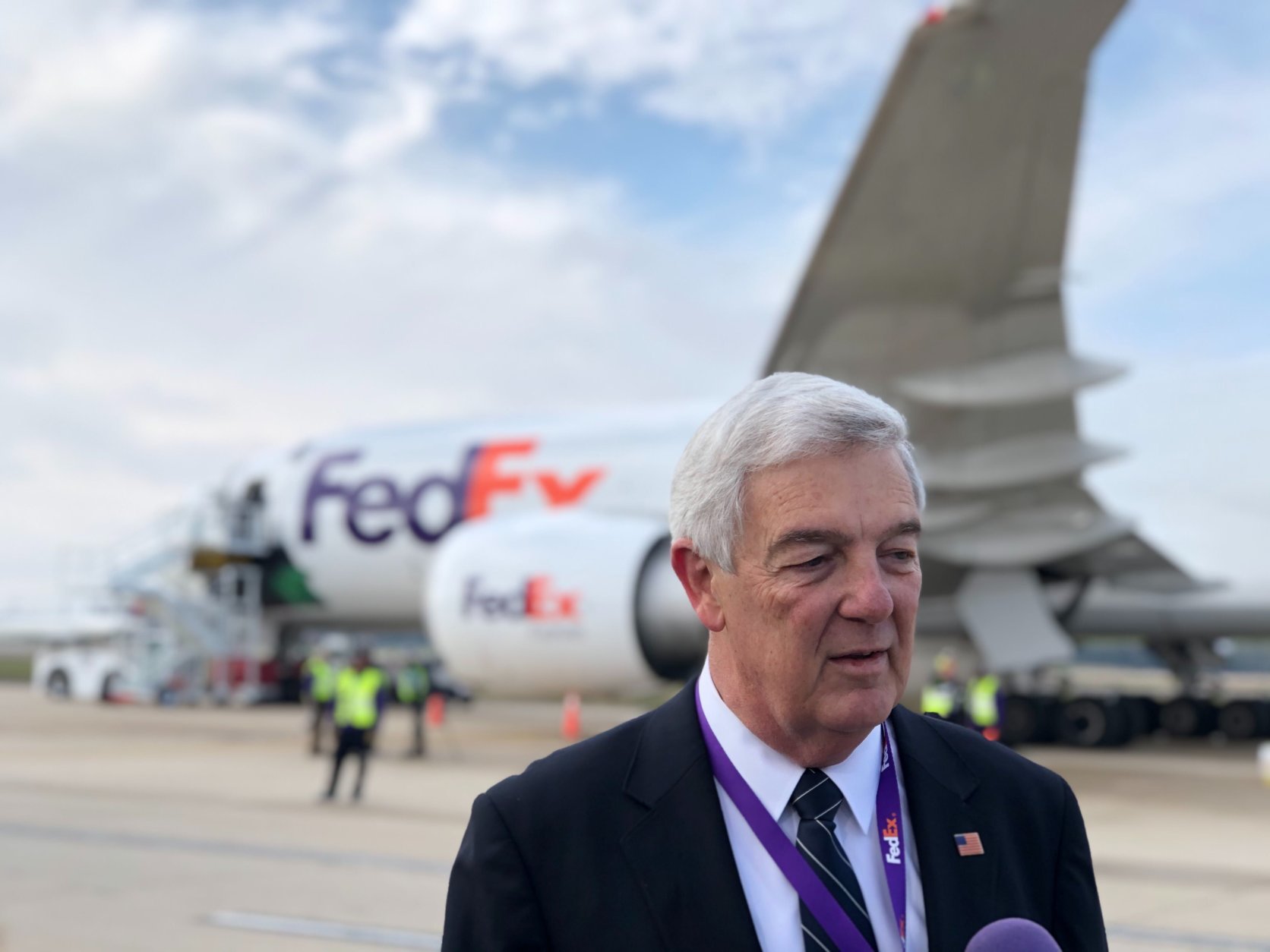 Bei Bei’s enclosure is loaded on the the Fed Ex flight to Chengdu. (WTOP/Kate Ryan) 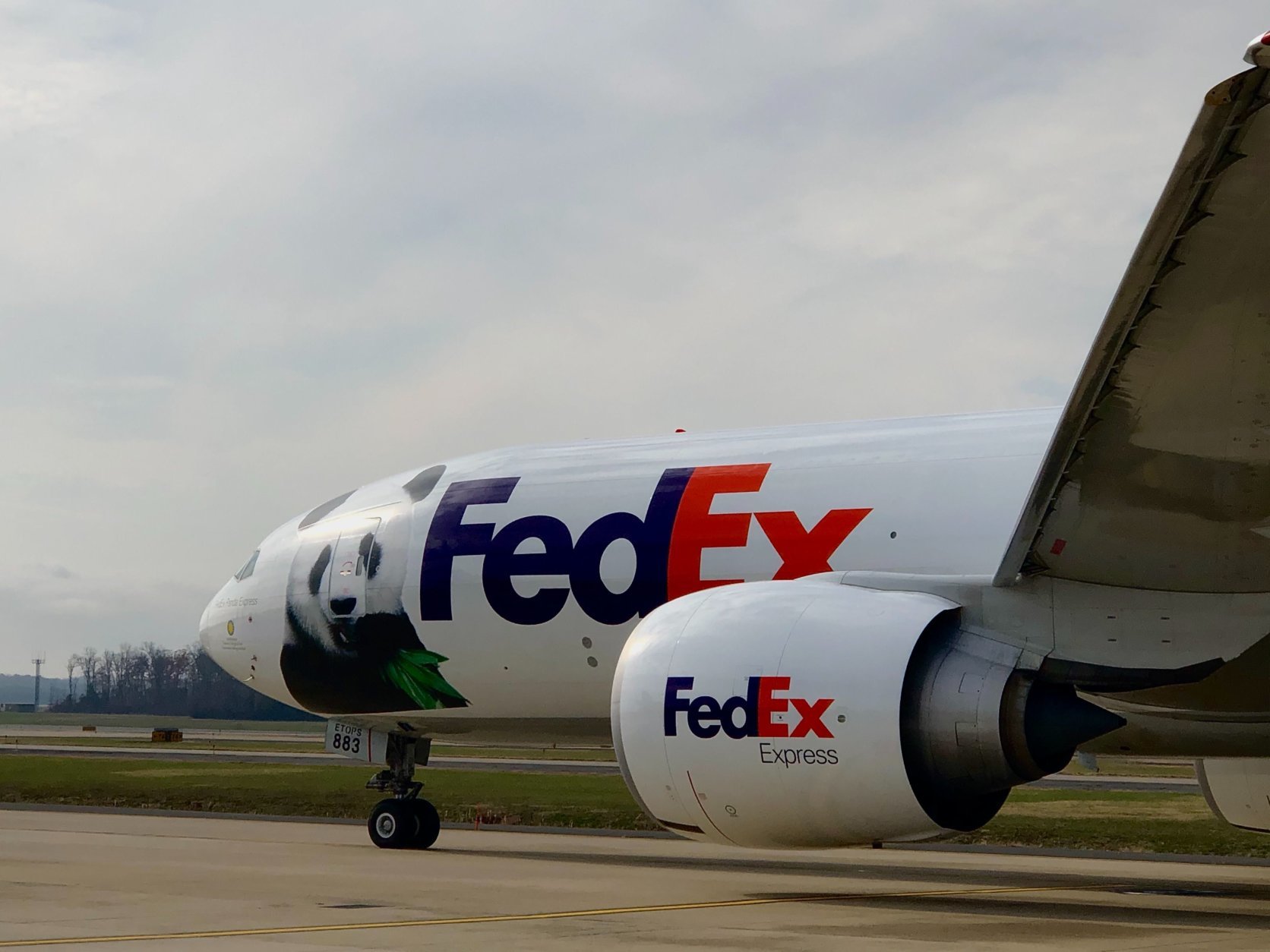 18/19
The Panda Express readies for takeoff.
Bei Bei is wheels up with a little wing wiggle as the crew of Fed Ex’s Panda Express take the 4-year-old Giant Panda from the National Zoo to his new home in Chengdu China. (WTOP/Kate Ryan)   WTOP’s Kate Ryan and Melissa Howell contributed to this report. The Associated Press also contributed to this report.  (WTOP/Kate Ryan)
19/19

Bei Bei is wheels up with a little wing wiggle as the crew of Fed Ex’s Panda Express take the 4-year-old Giant Panda from the National Zoo to his new home in Chengdu China. (WTOP/Kate Ryan)