Ford is banking on the new, smaller Ranger to pay off

Trucks are big business and the Ford F-150 is at the head of the class in the full size light-duty pickup segment. Ford has been absent in the smaller truck market for some time, leaving it Toyota and GM to pretty much have the segment to themselves.

Now Ford looks to make a move in the small pickup market with the return of the Ranger. 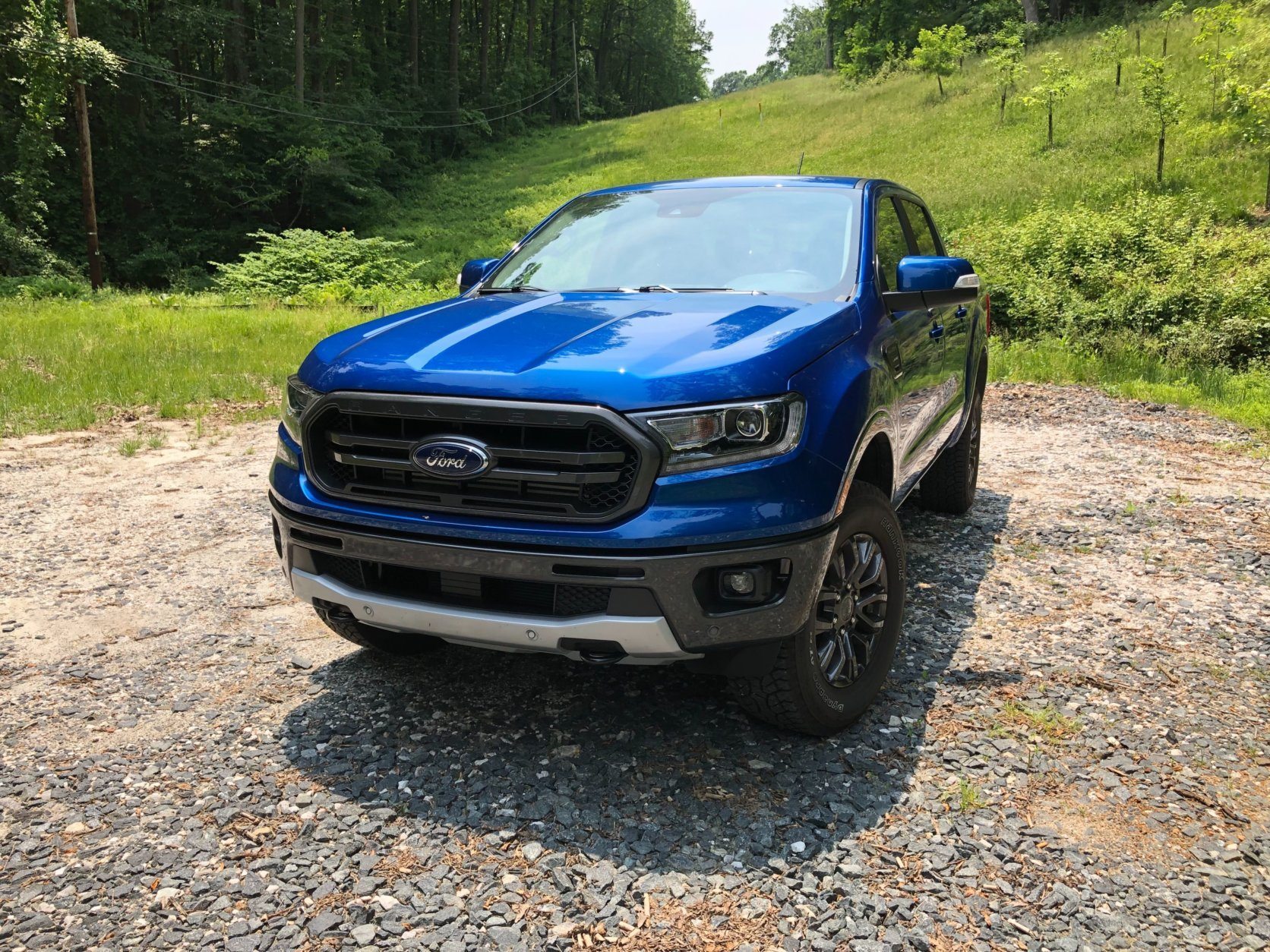 The 2019 small truck market is growing with the new Ford Ranger back in the U.S. The new Ranger is bigger than before; if you remember that last time the Ford Ranger was sold here. It’s a bit of simpler truck now with just two different cab and bed sizes. The new Ranger is more sculpted and less boxy than the original Ranger, less utilitarian also. There is a more sophisticated style with a sculpted body, flared fenders and small vents on the front fenders. 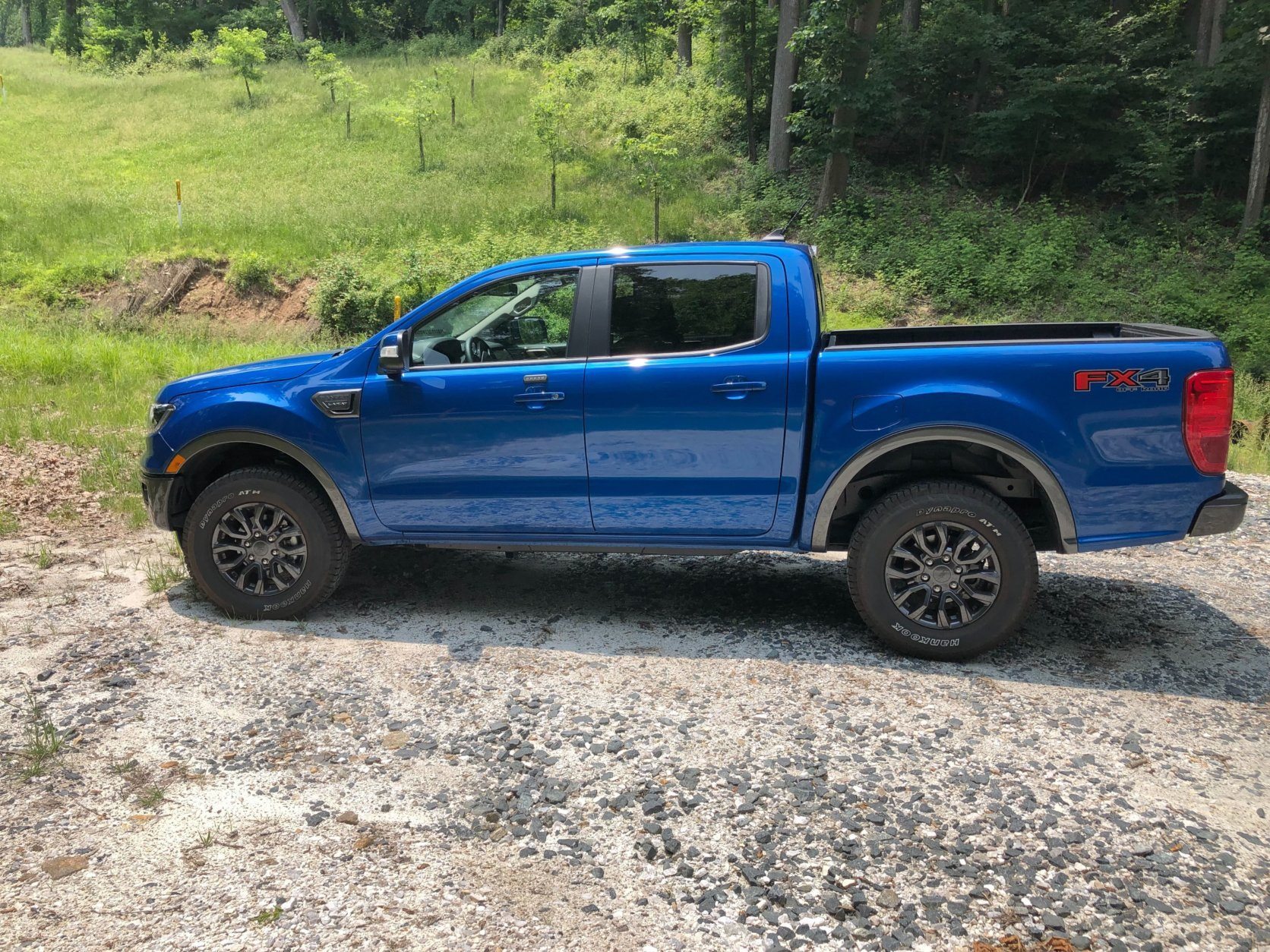 Most will come with a four-door Super Crew cab and a five-foot bed. My test ride was the loaded $38,385 Lariat trim level with another $1,295 FX4 off road package added. It sports beefy wheels and tires with pretty aggressive tread for a street tire.

The Ford Ranger comes with just one engine and transmission, a 2.3L EcoBoost four banger and a 10-speed automatic. They work well together and provide good performance, but turbo four isn’t as smooth as V6 engines in some of the other small trucks we’ll be looking at soon. I noticed a bit of turbo lag as well, but once you get going the power is snappy and the truck keeps up with traffic easily. 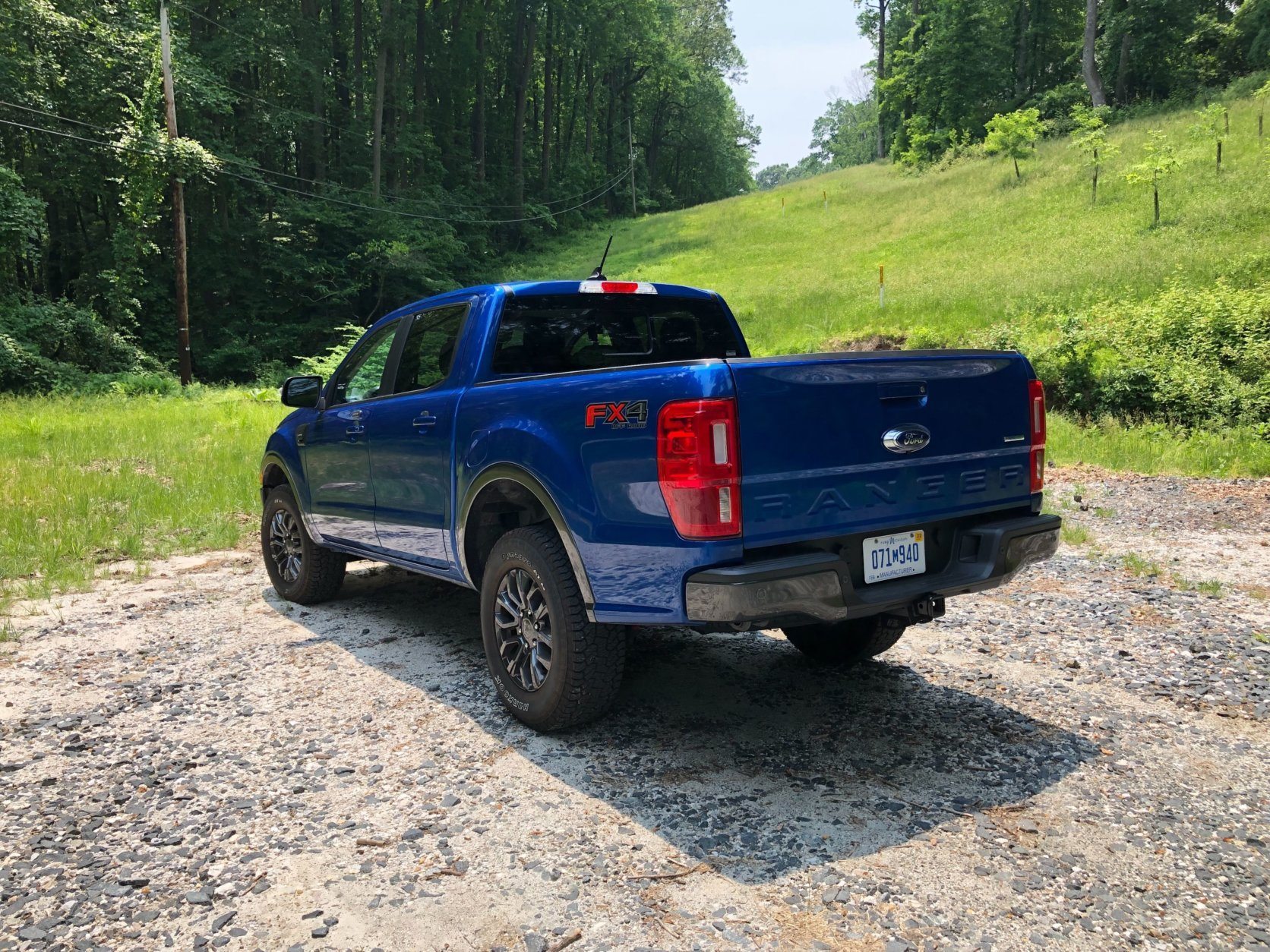 This is a truck, so don’t expect sport car handling. There is plenty of body lean. The Ranger navigates better than a larger truck around town with a smaller and less bulky stance. It’s not as wide as an F-150 so it’s easier to fit in smaller spaces and park. 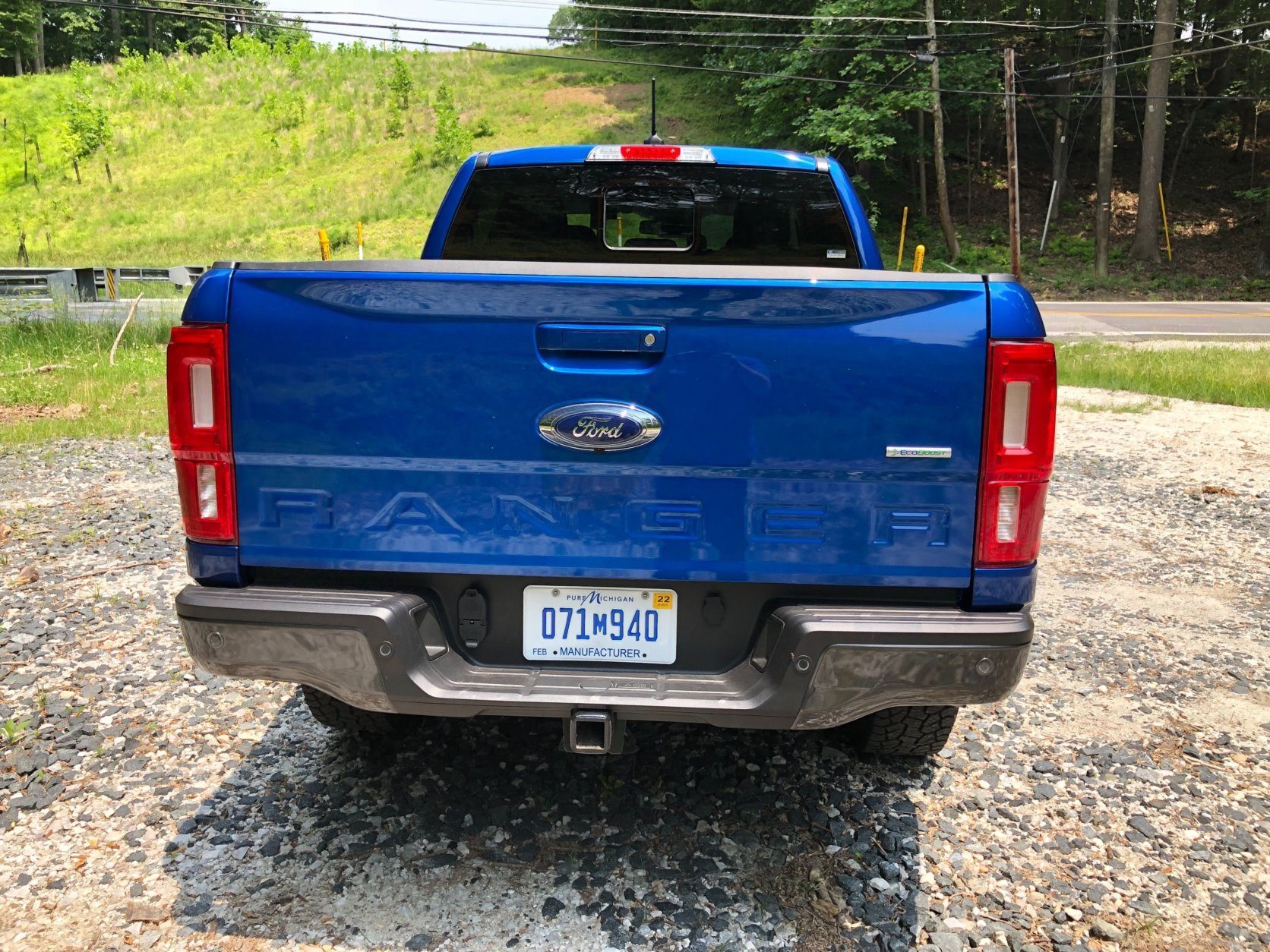 The off-road package gives the Ranger a tougher look with a raised stance compared to other Ranger models. There are some items that will help with off-roading like tow hooks and skid plates, which are noticeable and add to the tough truck look. It sports beefy wheels and tires with pretty aggressive tread for a street tire. 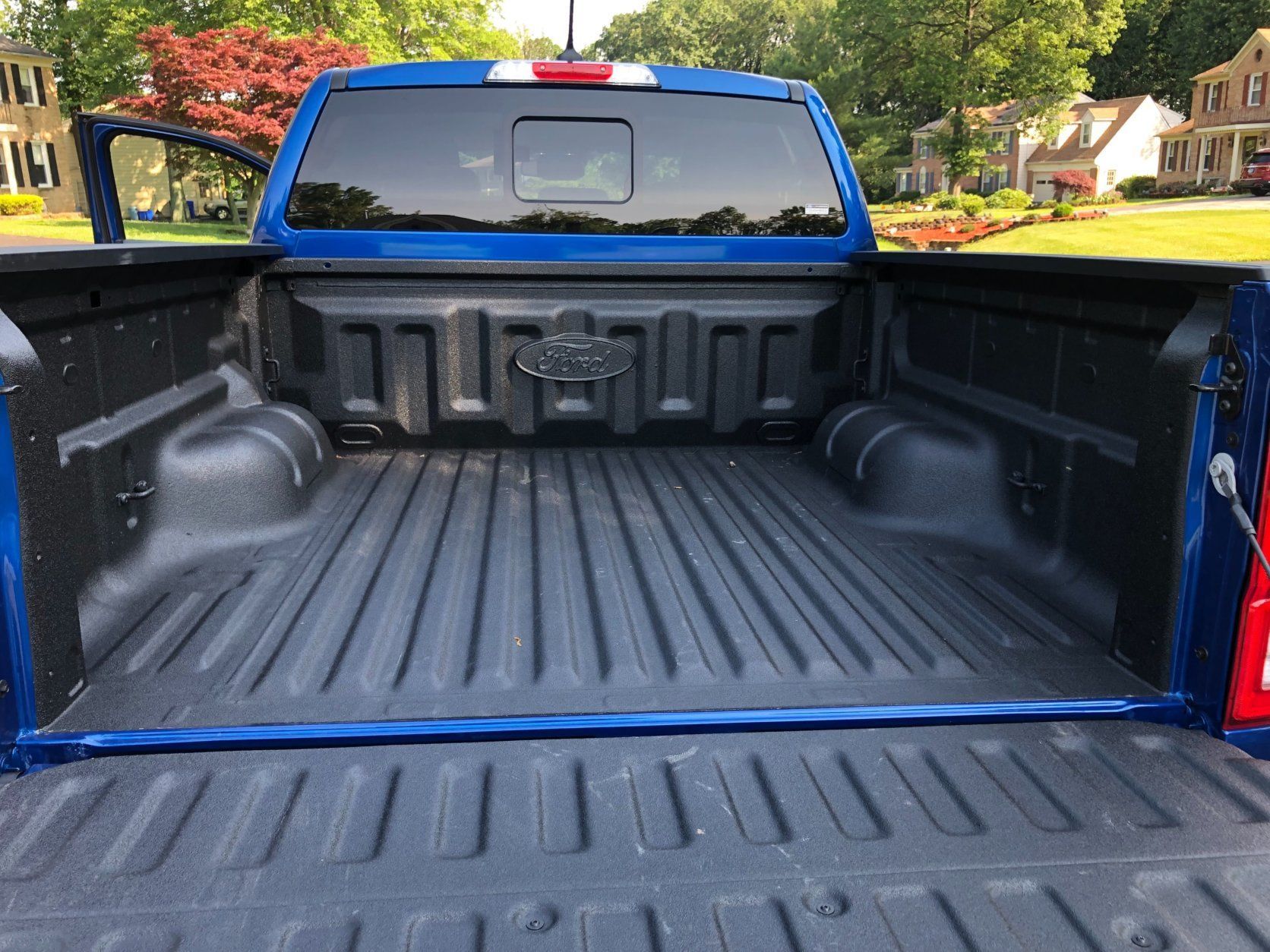 Out back, the optional spray bed liner helps protect the bed and the trailer tow package adds the hitch and hookups for $500 each. 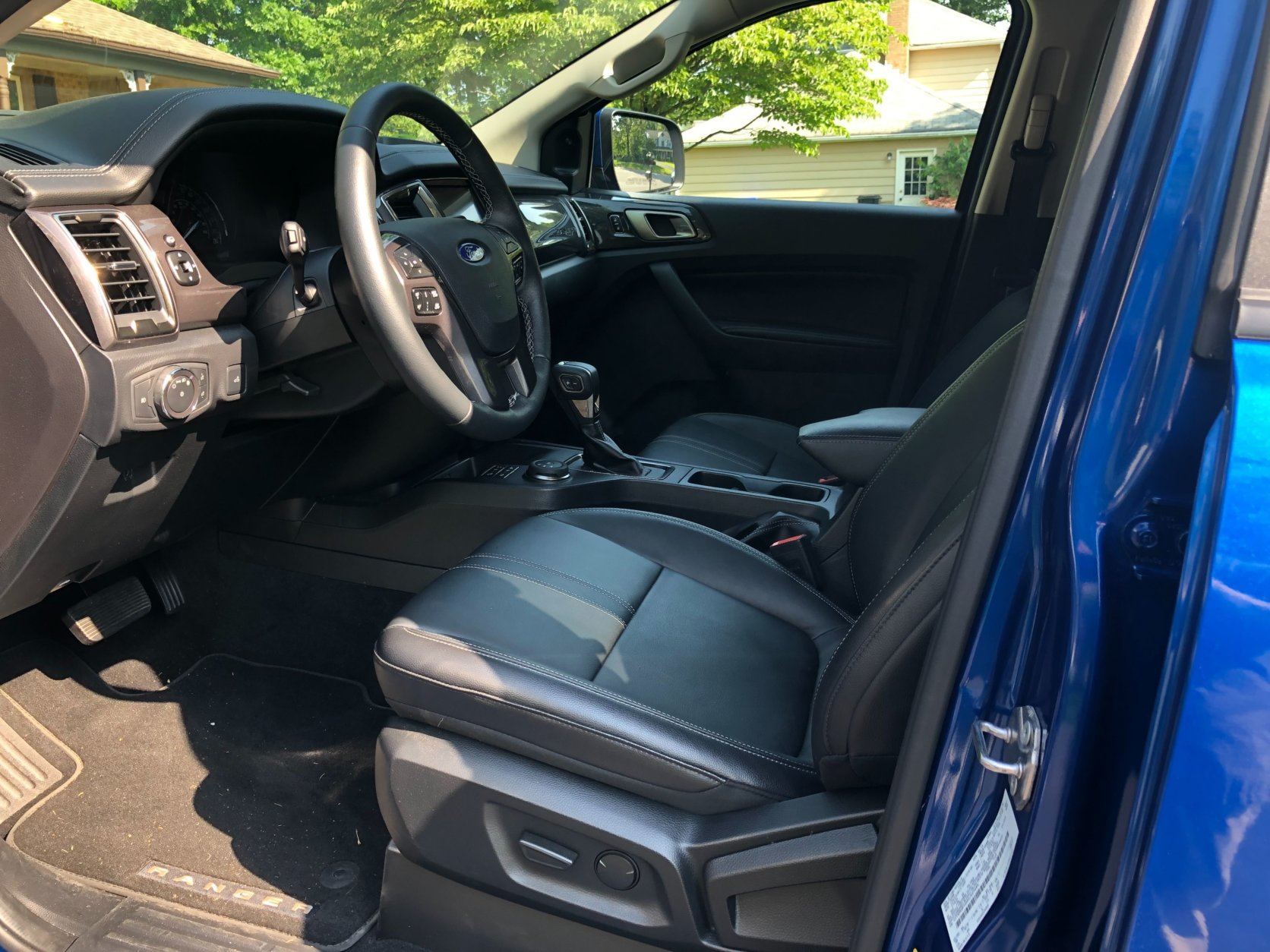 The inside of the 2019 Ranger Lariat is a comfortable place. Heated leather power seats up front, leather steering wheel and console-mounted shifter have the look and feel buyers of a nearly $45,000 truck expect. There are still some hard plastics in the cabin, although a bit less than the competition. Controls are straight forward but some drivers may find some of the buttons a bit small and clustered a too low for their reach. 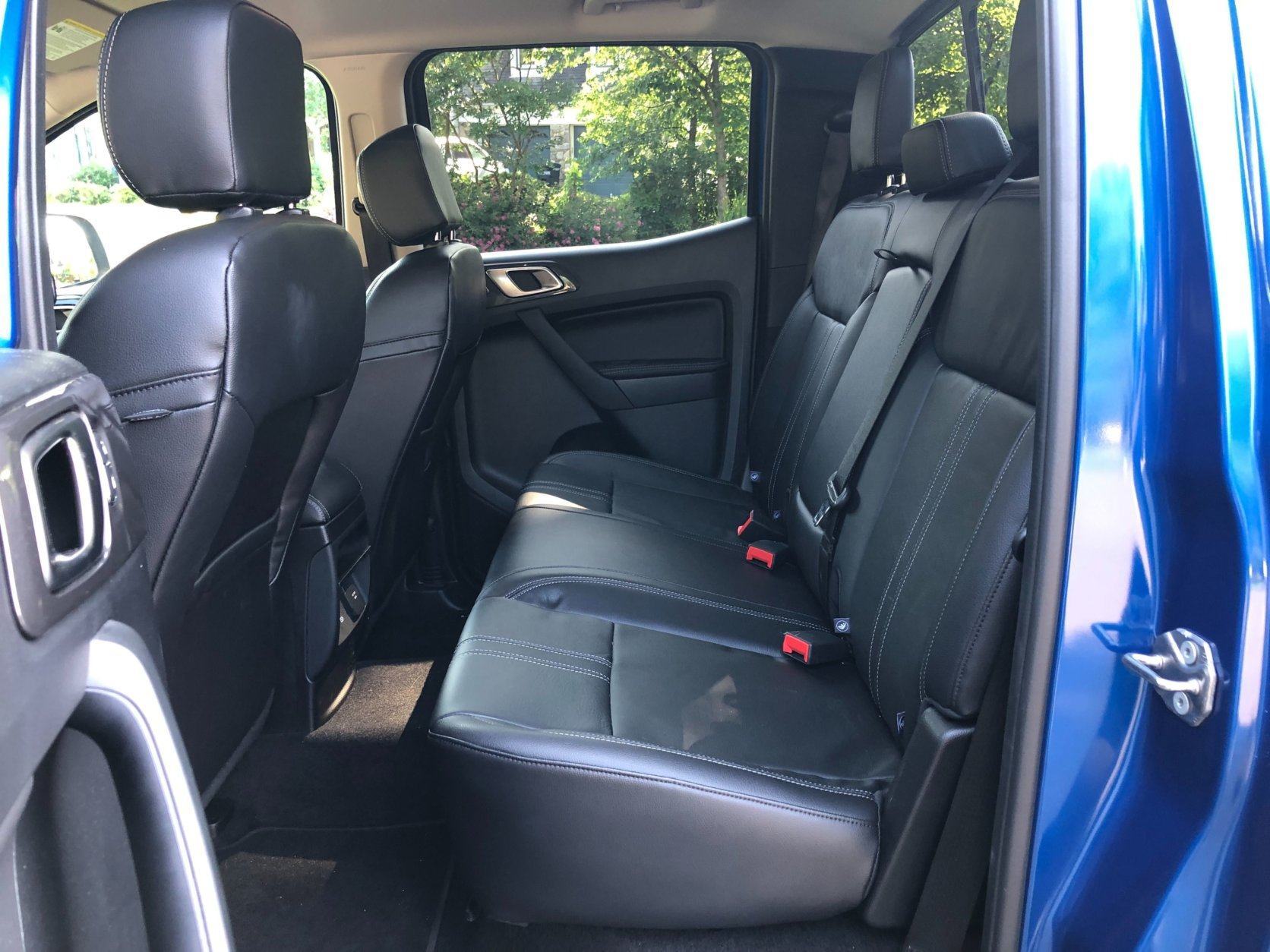 Back seat riders are also treated well with good leg and head room for this class. There aren’t air vents in the back of the center console so it could be a hot wait for a cool down in the heat. 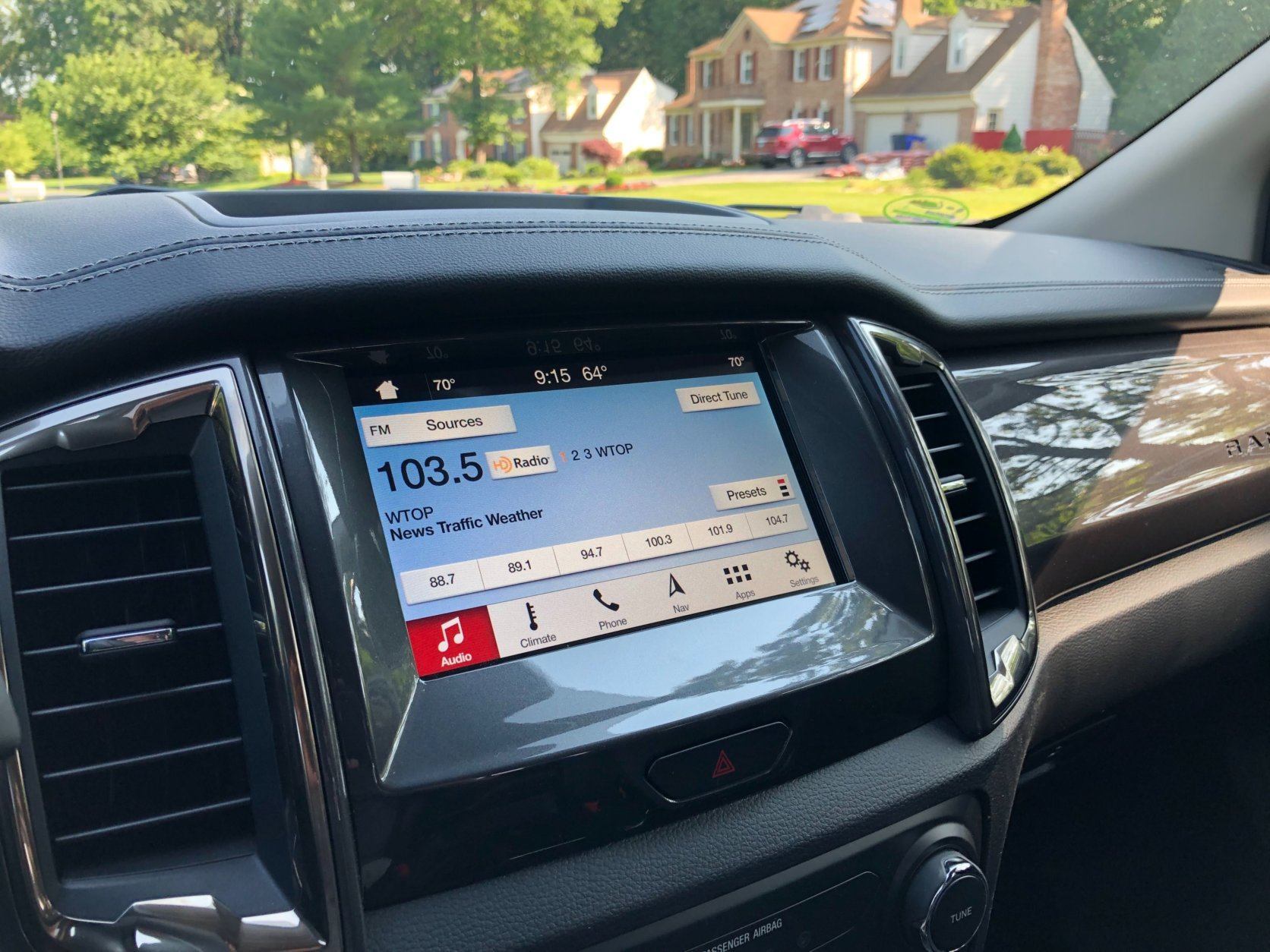 The new Ranger also has an easy-to-use Sync 3 system with an eight-inch touchscreen. Adding a phone is a quick process. There is also Fordpass Connect that adds a 4G Wi-Fi hot spot that is good for productivity or play.

It took a while but Ford is back with a new Ranger that’s poised to make a move in the small truck market. More upscale than before, the 2019 Ford Ranger gives buyers a new small truck option and it keeps them in the Ford family where the truck is king.