If you need to upgrade to a larger crossover, there isn’t a shortage of choices on the market. But there are really just a few that are fun to drive. The Mazda CX-9 is at the top of that list.

With a turbocharged engine, the three row crossover will scoot, especially if you use premium fuel. Regular grade fuel is fine to use, too, but you only get 227 hp and not the full 250 hp that you get with higher-graded fuels.

I drove with both fuels, and the difference won’t be noticeable to most drivers. This large crossover doesn’t mind curvy roads; the CX-9 can dance and feels much smaller than it is.

I had a week with the CX-9 Signature, the top-of-the-line for Mazda crossover, and I was very impressed with the surroundings. The interior is top-notch, with higher-quality Nappa leather-trimmed seats that proved to be a nice place to sit for hours on end.

Materials that are high-end with real wood and soft-to-the-touch make it feel like a $60,000+ vehicle, not one almost $15,000 less expensive.

Second row passengers have comfortable captain’s chairs to relax in, but the third row is best for children, as there isn’t as much space as others in this class. Cargo space is also tighter than some in the mid-size crossover class when all the seats are in use. The upgraded nine-inch touch screen display is large, and there are also controller knobs on the center console for access.

Things to know: Mazda makes driving enjoyment the focus with its lineup. That holds true for their largest vehicle, the CX-9. Choosing the Signature model now offers more luxury at a more approachable price point wrapped in a handsome upscale package. 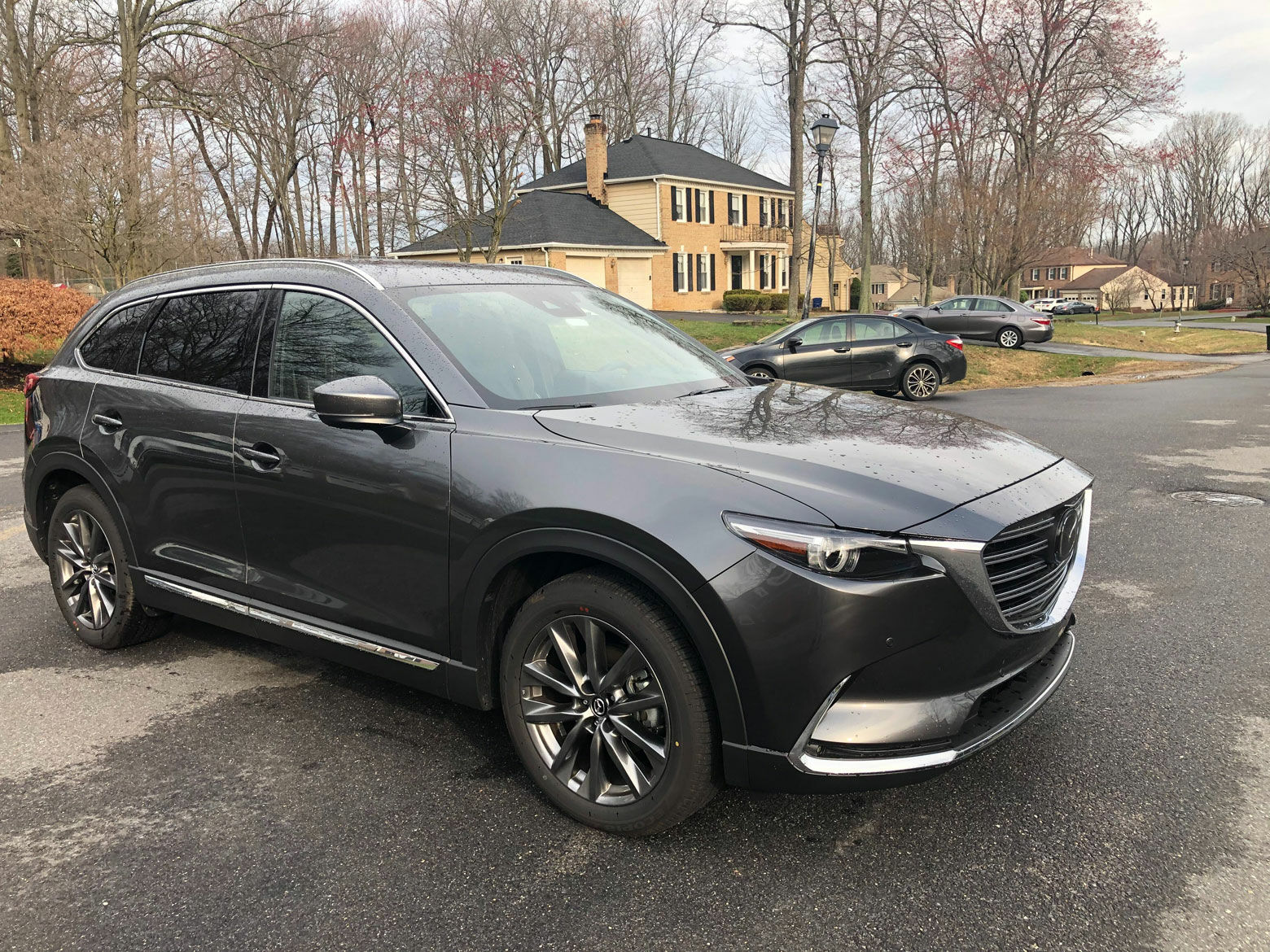 1/9
The new Mazda CX-9 Signature is an upscale take on a third-row crossover. 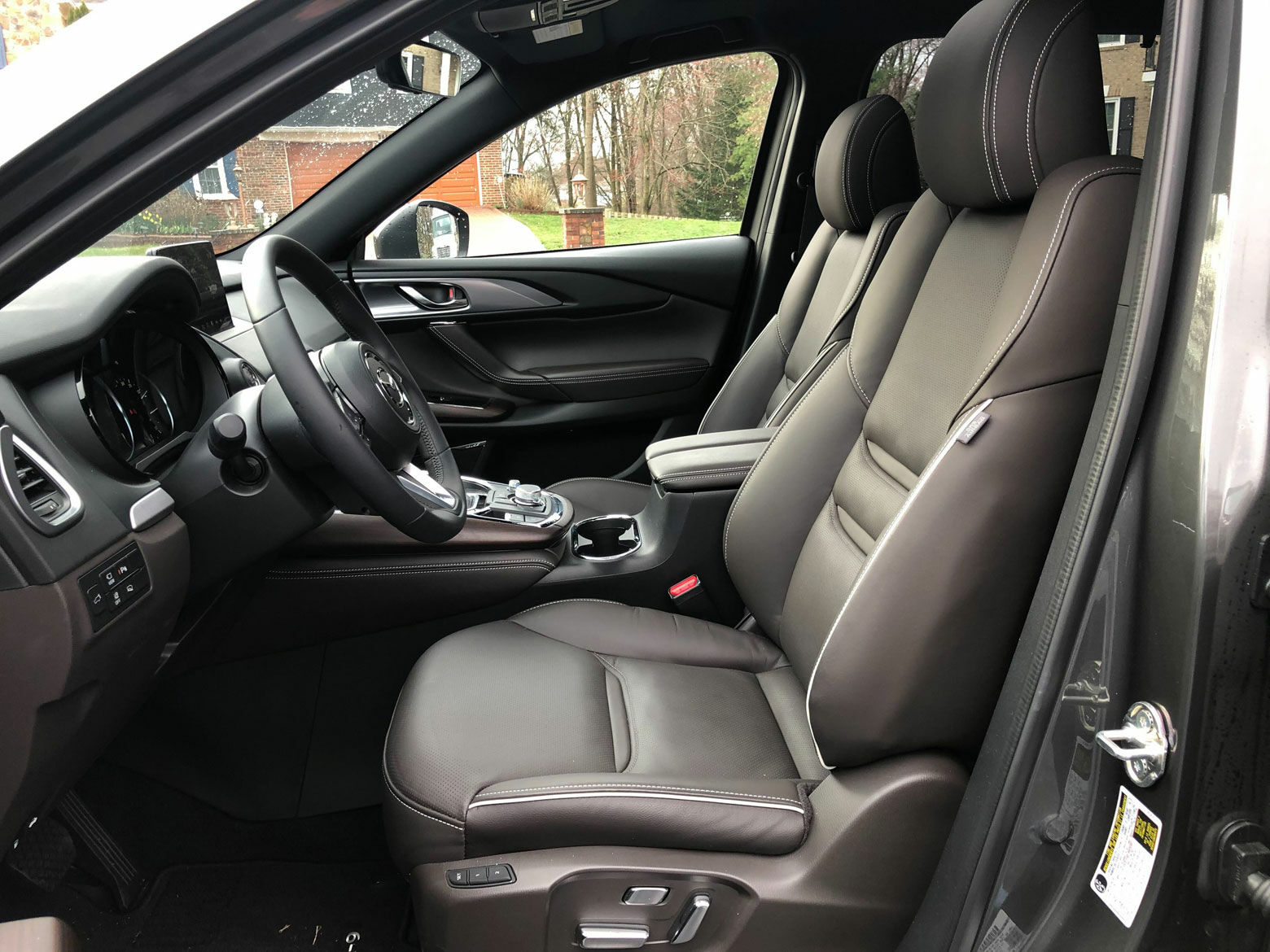 2/9
The well-appointed interior was a pleasure to sit in during the test drive. 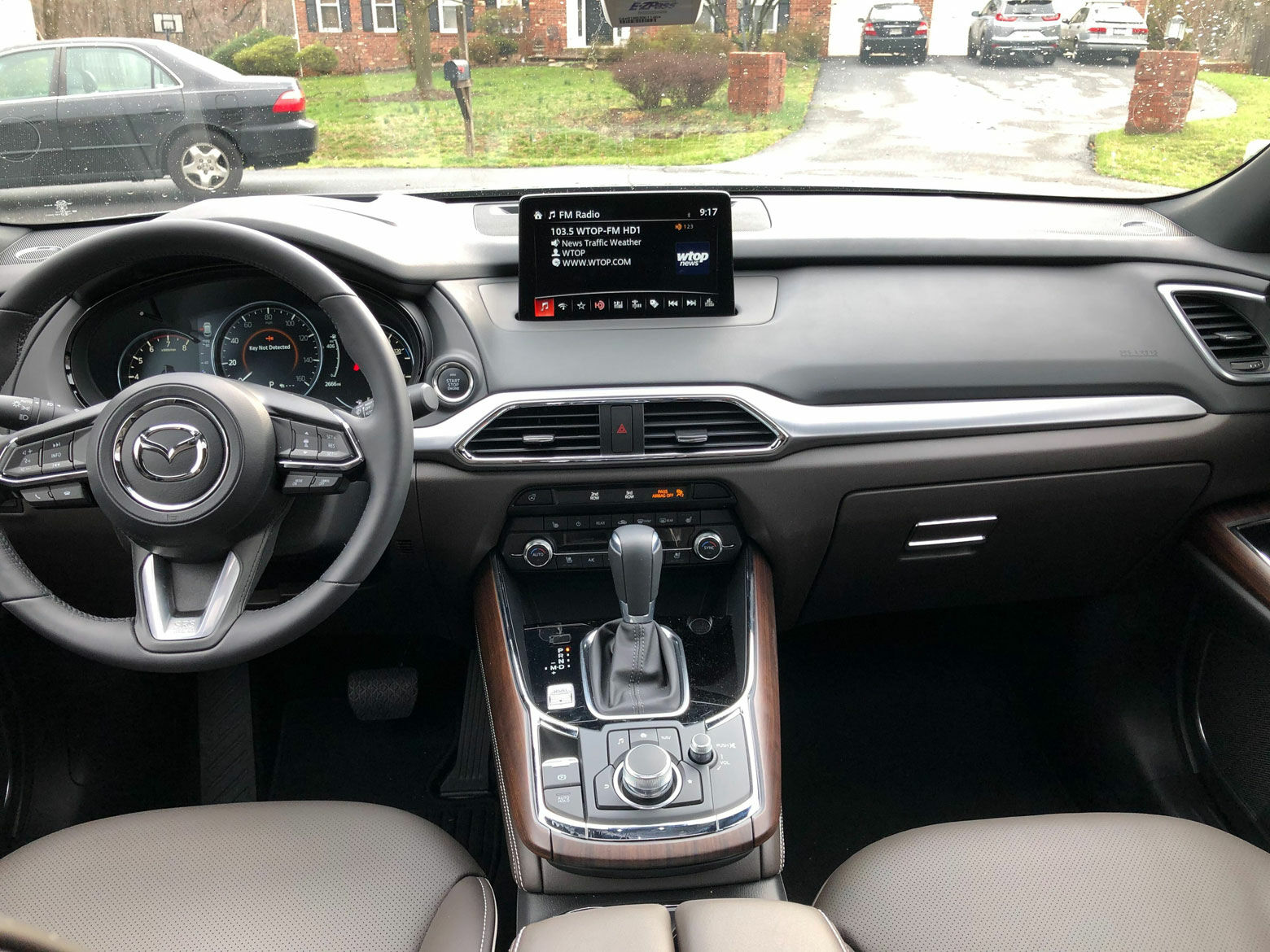 3/9
The nine-inch infotainment system is plenty large and also has console controls along with the touch-screen. 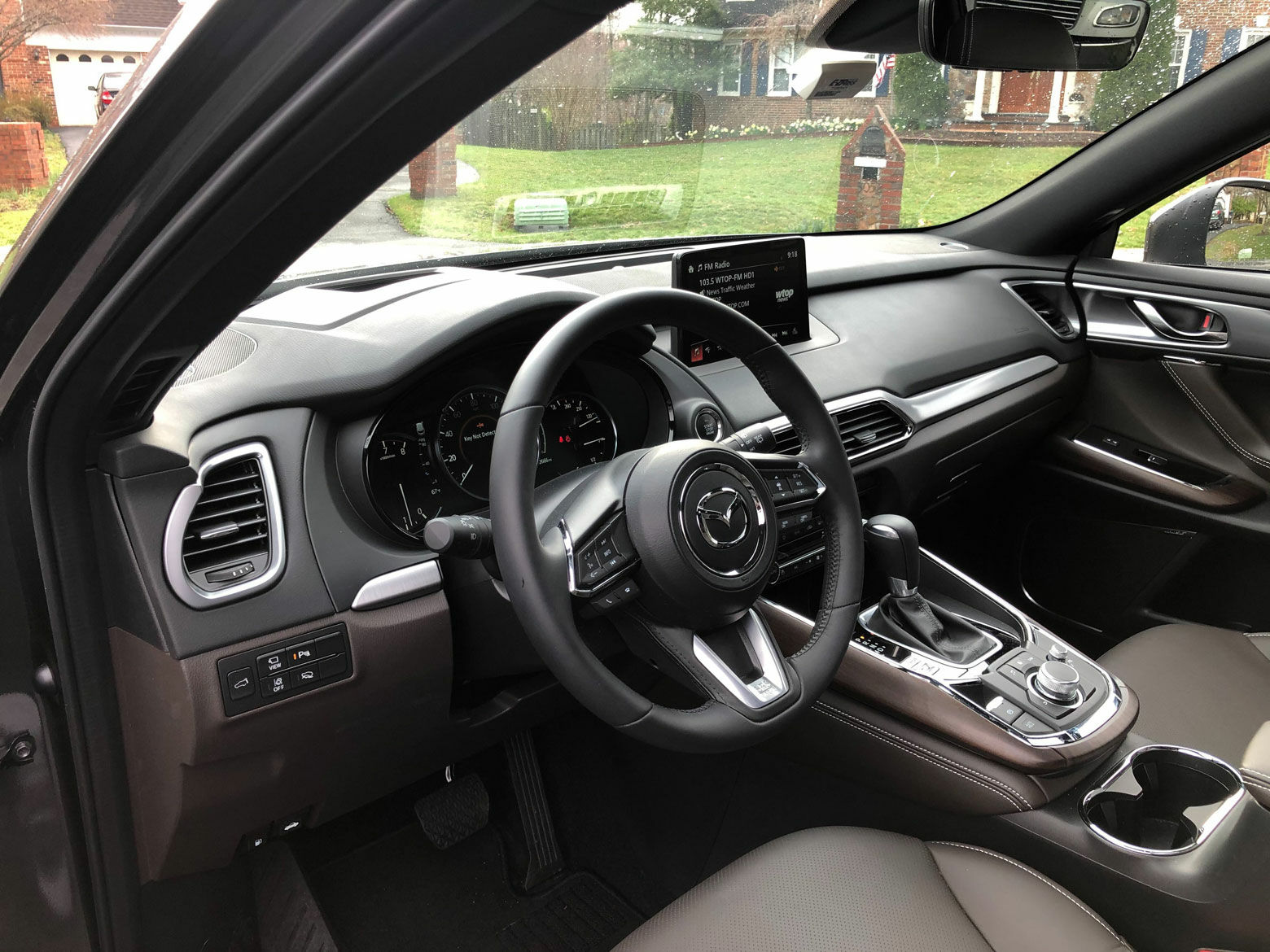 4/9
The car dances in the corners and is fun to drive for its size. You can even get up to 250 hp with high-test fuel. 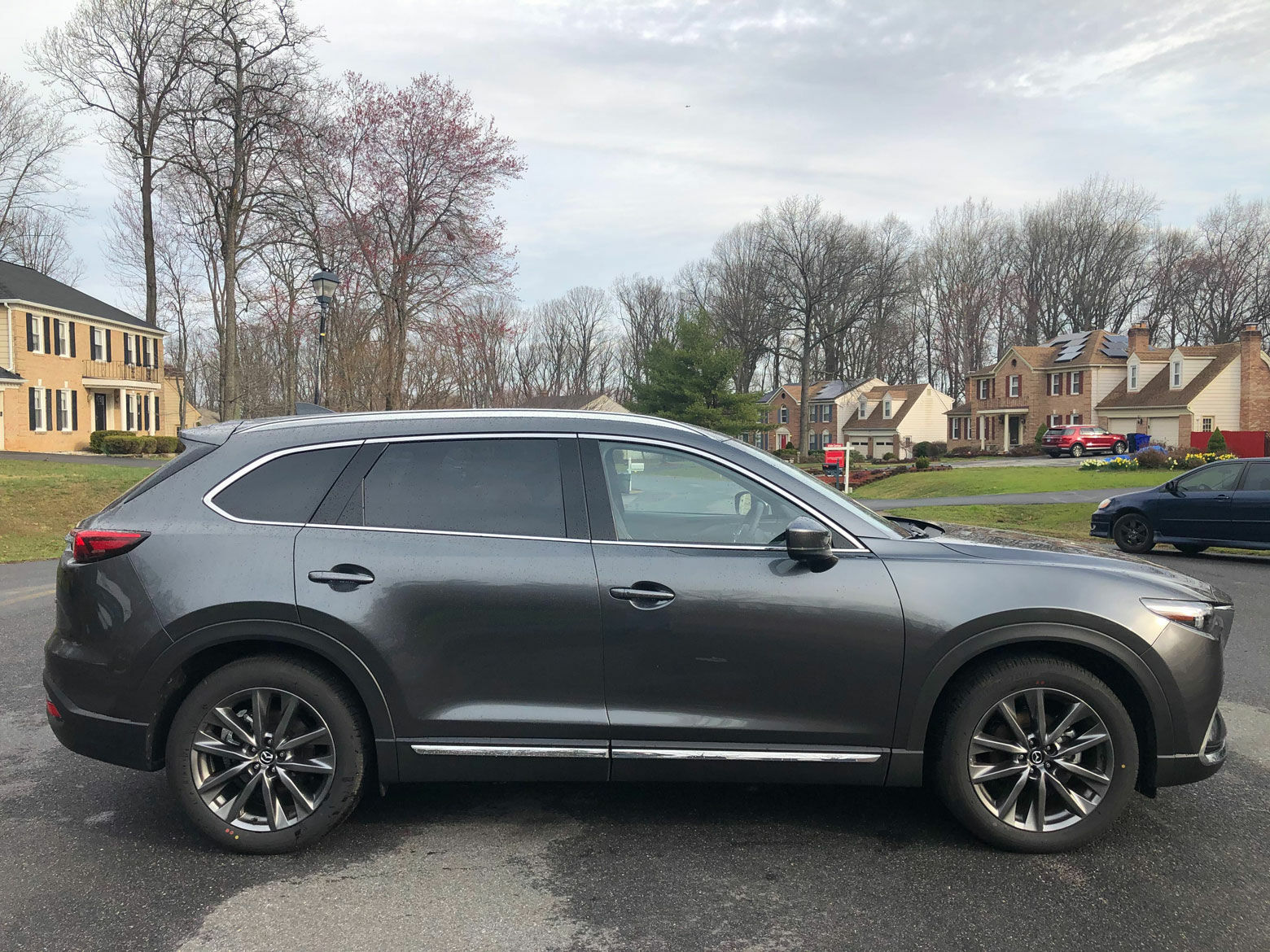 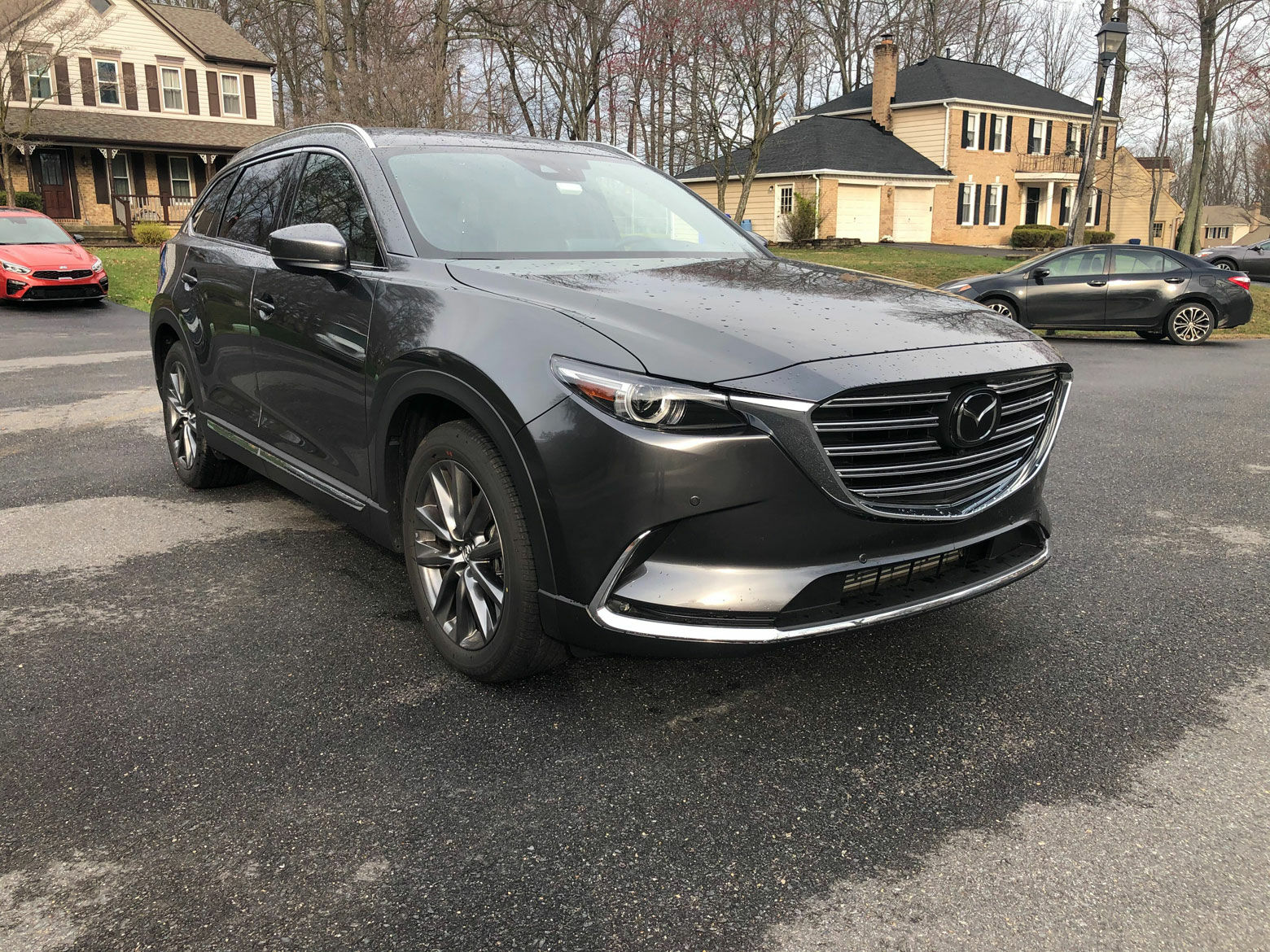 6/9
There are plenty of large crossovers on the market, but this Mazda CX-9 is on the top of the list, even if its price is not. 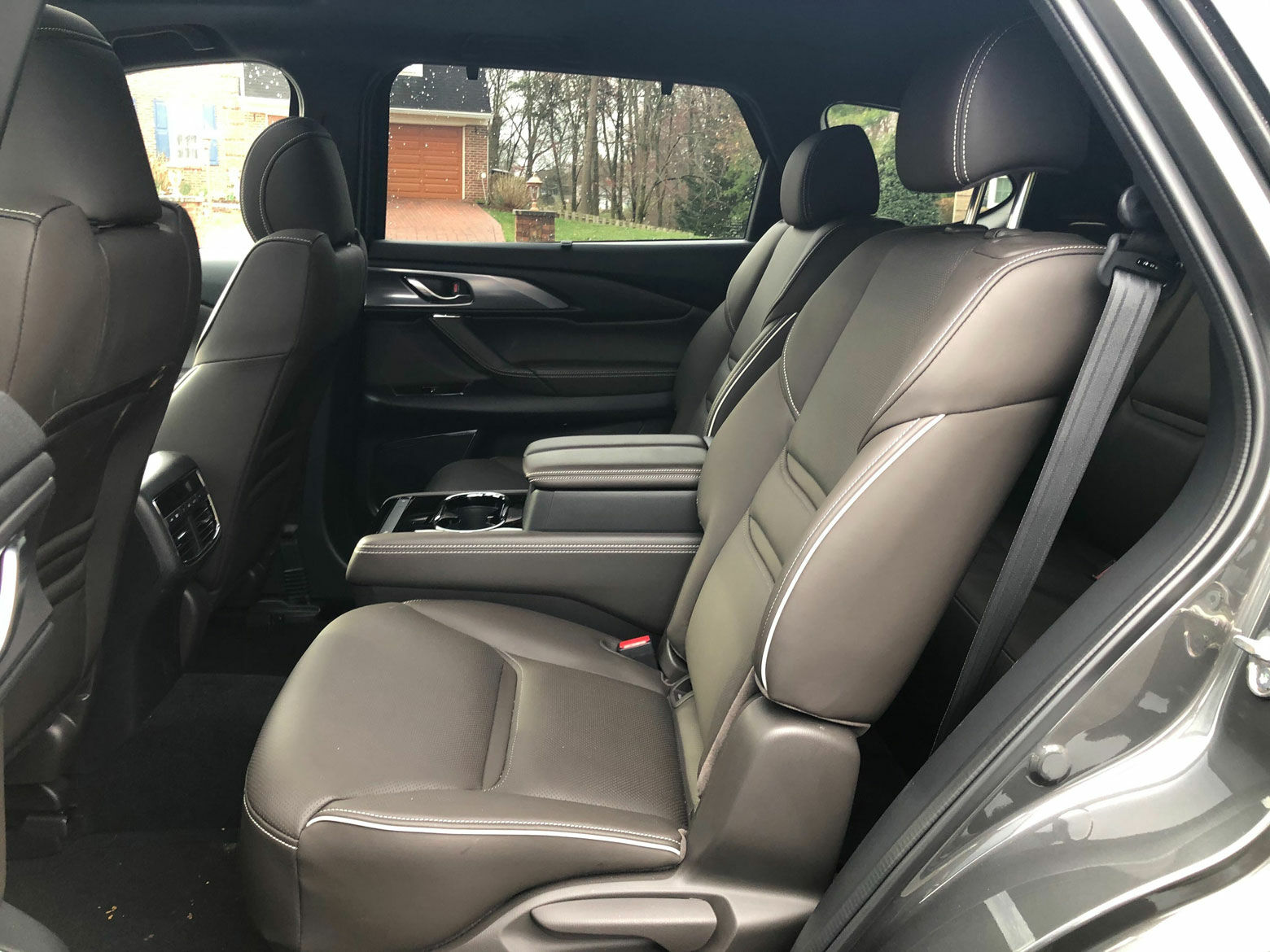 7/9
Passengers in the second row get captain’s chairs. 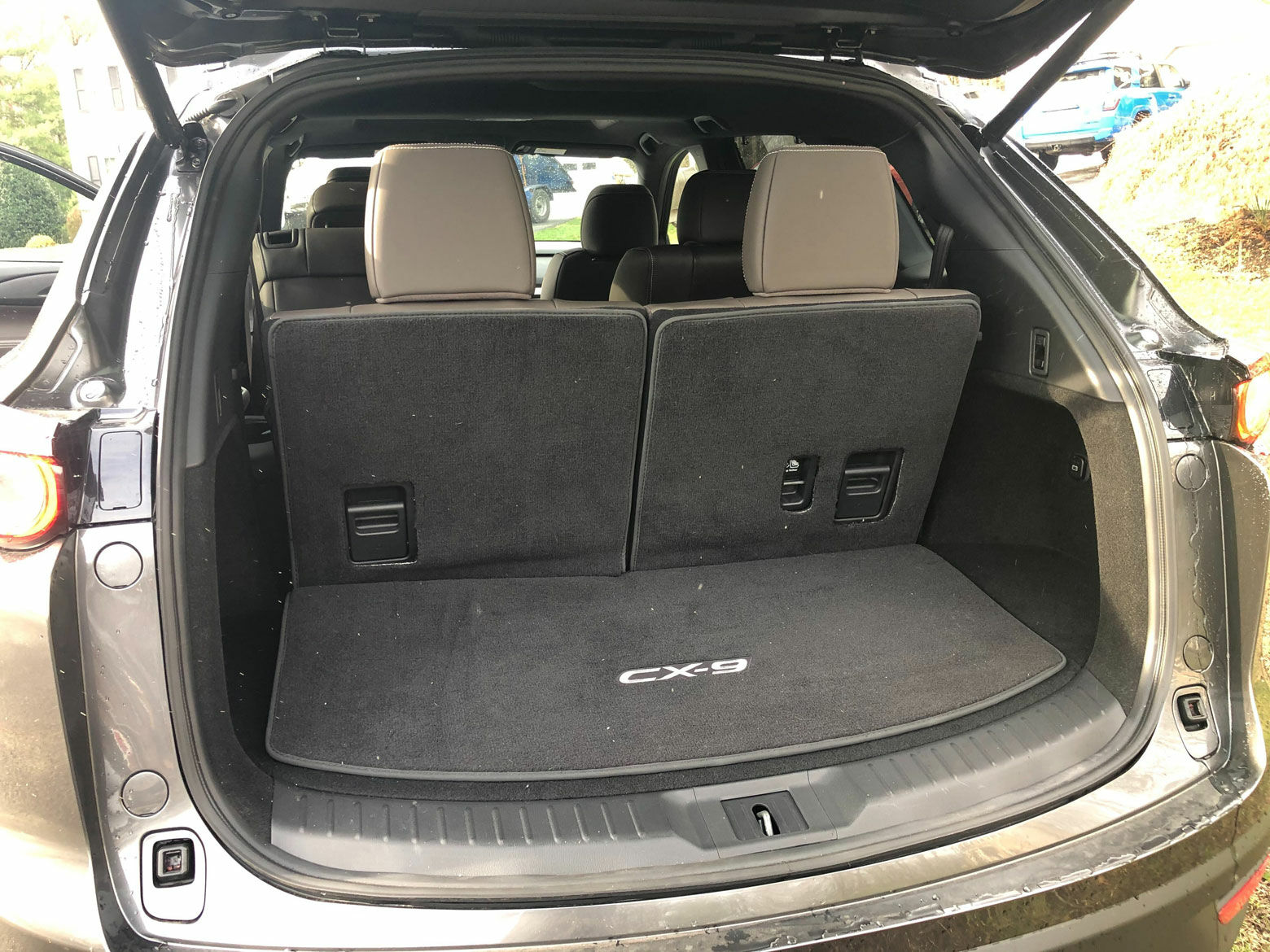 8/9
When all the seats are in use, the CX-9 doesn’t have too much cargo space. 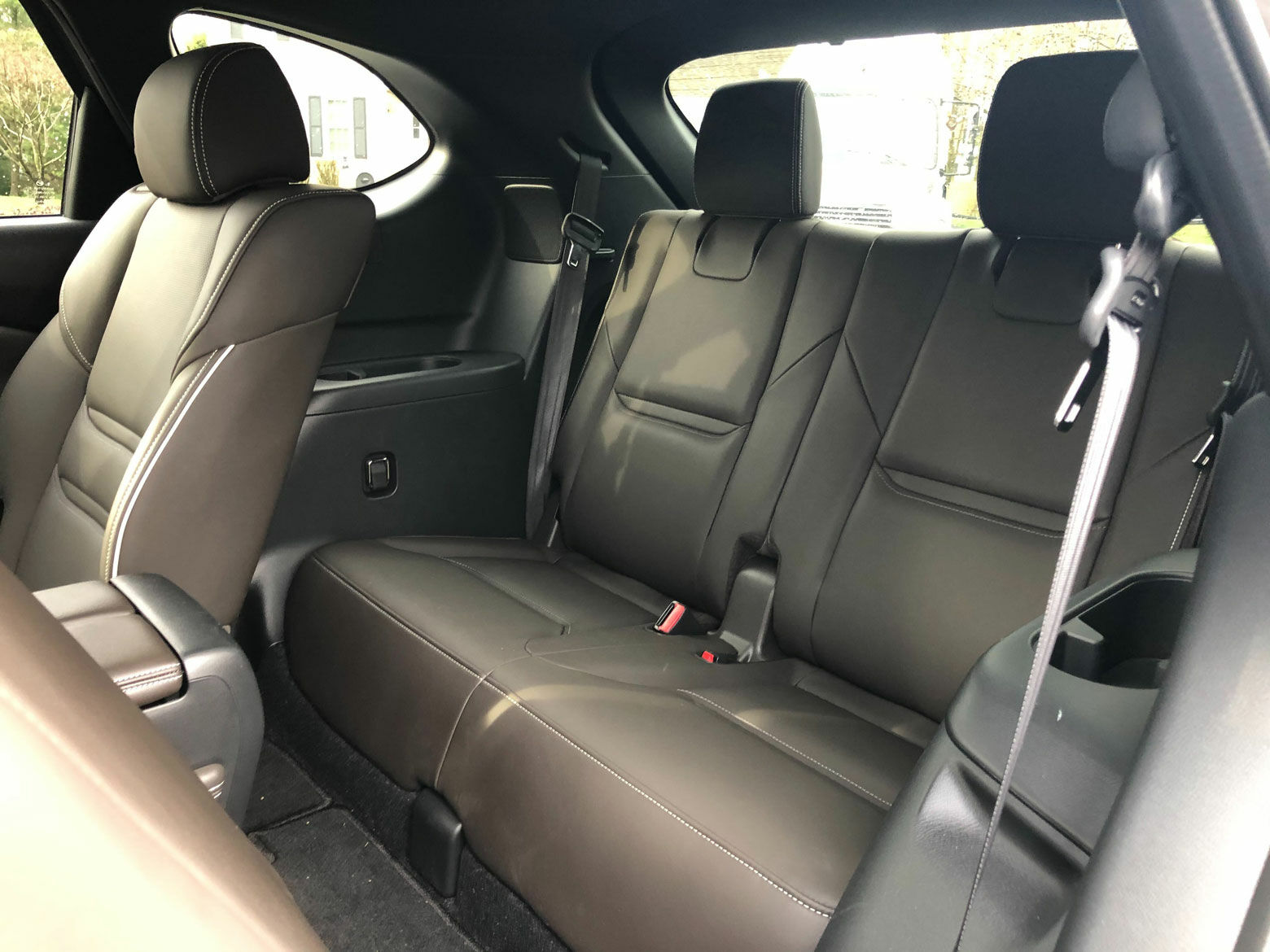 9/9
The third-row is best for children. It can be a little tight.