Musician Johnny Artis, who spent decades performing in the D.C. area, was found dead in his home Wednesday of complications from COVID-19. He was two weeks shy of his 64th birthday.

Artis sang blues, jazz, R&B, Southern rock, funk, soul, swing, reggae and country with his longtime bandmates at venues across the area, including D.C.’s Madam’s Organ, where he played every week since 1993.

“He was an amazing talent that did everything from reggae and rock ‘n’ roll to some of the sweetest gospel and blues you’d ever hear,” said Madam’s Organ owner Bill Duggan, who described Artis as family.

Artis played a few songs at the iconic Adams Morgan establishment on Oct. 19 for Duggan’s birthday, singing “Tennessee Whiskey” with D.C.-born blues artist Stacy Brooks, who described Artis “as her big brother in the music industry.”

“The music scene is never going to be the same without Johnny,” Brooks said. “He was just an all-around entertainer and musician.”

He was also an all-around good guy, his friends and family told WTOP.

Gregory Anderson knew Artis for 36 years. They would pass each other every day on the Metro for about a year until “one day, he stopped me and said he wanted to start a band and would I be interested in helping him out. I was like, ‘Well, can I drink beer?’” Anderson recalled. “He was like, ‘Yeah, and I’ll pay you 50 bucks.’ And 50 bucks is a lot of money for a kid [who’s] 18 back in ’86. So I said, ‘Sure, I’ll help you out.’ We’ve been friends ever since.”

Through thick and thin, the two were friends, as Anderson found out when he had his own health problems, including a kidney transplant. “Last winter the guy bought me a car because he said, ‘Man, I don’t need you walking in the cold. I need you to be safe.’ And he bought me a car, which was, I mean, who does that?” Anderson said. “That’s my buddy. There’s nothing he wouldn’t do for people.”

“He loves people as much as he loved music,” said Lili Behpou, his former wife.

“He just lit up a room. He could easily make a room full of people laugh and have their undivided attention,” she said. “It really is something amazing and unique because there will be people of all ages, of all races and walks of life and … he had the ability to bring everybody into one space.”

“He brings people together from different walks of life that really would not normally cross paths,” he said. “In a world that seems to want to be divided, Johnny really stands for unity. And that is, I think, what we need more of in this world.

“No matter how he’s feeling, if he’s exhausted, if he’s happy, sad, he’s always bringing the … positive energy that just brought people back to see him,” Anderson added, saying that Artis had developed a large following throughout D.C., Maryland and Virginia.

In a 2007 documentary interview, Artis said he and his bandmates play at bars, conventions, weddings — “pretty much any venue that’s put in front of us. We do whatever it takes to make the people’s party happen.”

One of those venues was The Birchmere in his hometown of Alexandria, Virginia.

“He was very vibrant and joyful,” said Michael Jaworek, promoter at The Birchmere. “We’ve had him play here off and on for years, and he was a staple for us during the period when the virus was particularly present and we had a smaller capacity. He sold out and it was a great joy to have him on our stage.

“He was a real fixture on the music scene in the area,” he said.

Artis began singing in 1986 after a career in the restaurant industry, first as a dishwasher in Old Town Alexandria and then as a server, bartender and eventually executive chef.

Duggan said Artis switched gears after his mother died of cancer at an early age. “She told him, ‘You know, it’s too short. Do what you love.’ And so he literally quit being a chef and became a singer full-time.”

Artis, who sang both well-known hits and his own originals, incorporated a variety of styles and influences into his repertoire.

“I pretty much grew up listening to everything. Otis Redding, Sam Cooke, Wilson Pickett, rock, blues, funk, soul — I mean man, I heard it all,” Artis said in his 2007 video. “I try to inject [into my music] the same feelings all the people in my past injected in me.”

That continued with his son Elijah, who is now 11. In 2020, Elijah got up on the Birchmere stage to play keyboard and sing with his father.

Anderson said there was nothing Artis wouldn’t do for his son, taking gig after gig, sometimes playing six times a week, to provide for his son.

In 2020, though, Artis was diagnosed with congestive heart failure. Family and friends rallied with a GoFundMe page so he could have a pacemaker put in. Area bands and fans also turned out for a fundraiser at The Light Horse Restaurant in Old Town.

Artis played his first show since being released from the hospital, and since the pandemic began, in Sept. 2020 at The Birchmere, where he also performed this summer. On Oct. 19, at the impromptu session at Madam’s Organ, Brooks said she was excited to see her mentor in person again. Asked if he seemed unwell, Brooks replied: “He’s Johnny. His personality is, ‘I’m Superman.'”

But Artis was forced to cancel a Halloween concert that he was scheduled to play Sunday at Madam’s Organ.

Behpou said Artis and his bandmates tested positive for COVID-19. Artis went to the doctor and received antibiotics for an ear infection last Friday, but Behpou said his condition worsened, so she called the paramedics, who went to his home on Monday.

“And the paramedics themselves told me, ‘Well, he’s not in bad enough condition to be taken to the hospital. If we take him, he’s not going to get a room … he’s just going to sit around in a waiting room,” she said.

So he stayed at home. When no one had heard from him Tuesday, his roommate checked on him the next day and found him collapsed on the floor.

“It’s just a very sudden passing and a shock to all of us who knew him and in the D.C. music community. It’s a great loss,” Jaworek said.

“He was a wonderful person — a big, big personality,” Brooks told us, noting that Artis’s friends are in the process of organizing a tribute to him.

Jaworek said that “though he is gone, for the rest of us who knew him from the music world, he won’t die.”

And that world is a pretty big one considering that Artis performed for thousands of people over his 35-year career.

In one of his performance videos, a fan, who calls the Johnny Artis Band the “feel-good band” says: “The man can rock, and he can sing, and he’s got soul, and I’ve gotten up on bar and shaken my booty to Johnny Artis.”

In that video, Artis said music is good for everyone’s soul: “Everything that you have a problem with in your life, all your worries, start to go away. Just for the moment, it’s all gone.

“Life at its best is doing what you love to do and making people happy,” he said. “If I can make people feel good in the moment, then I’ve done my job.”

A GoFundMe page has been set up for the family and can be found here. 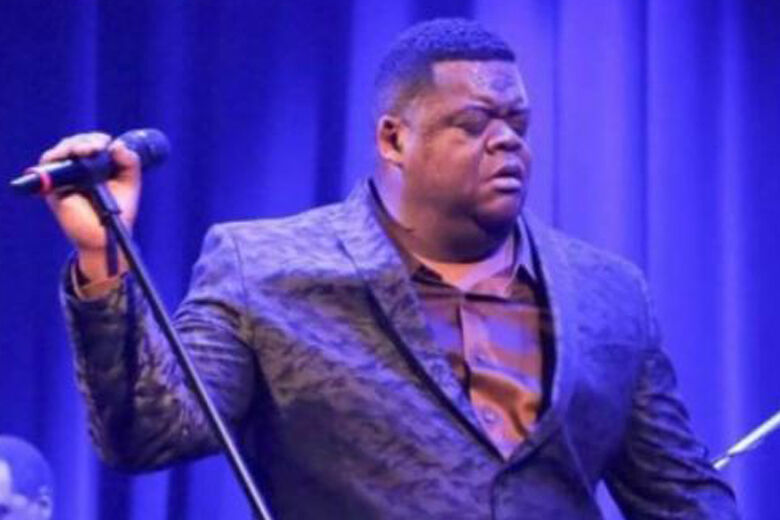 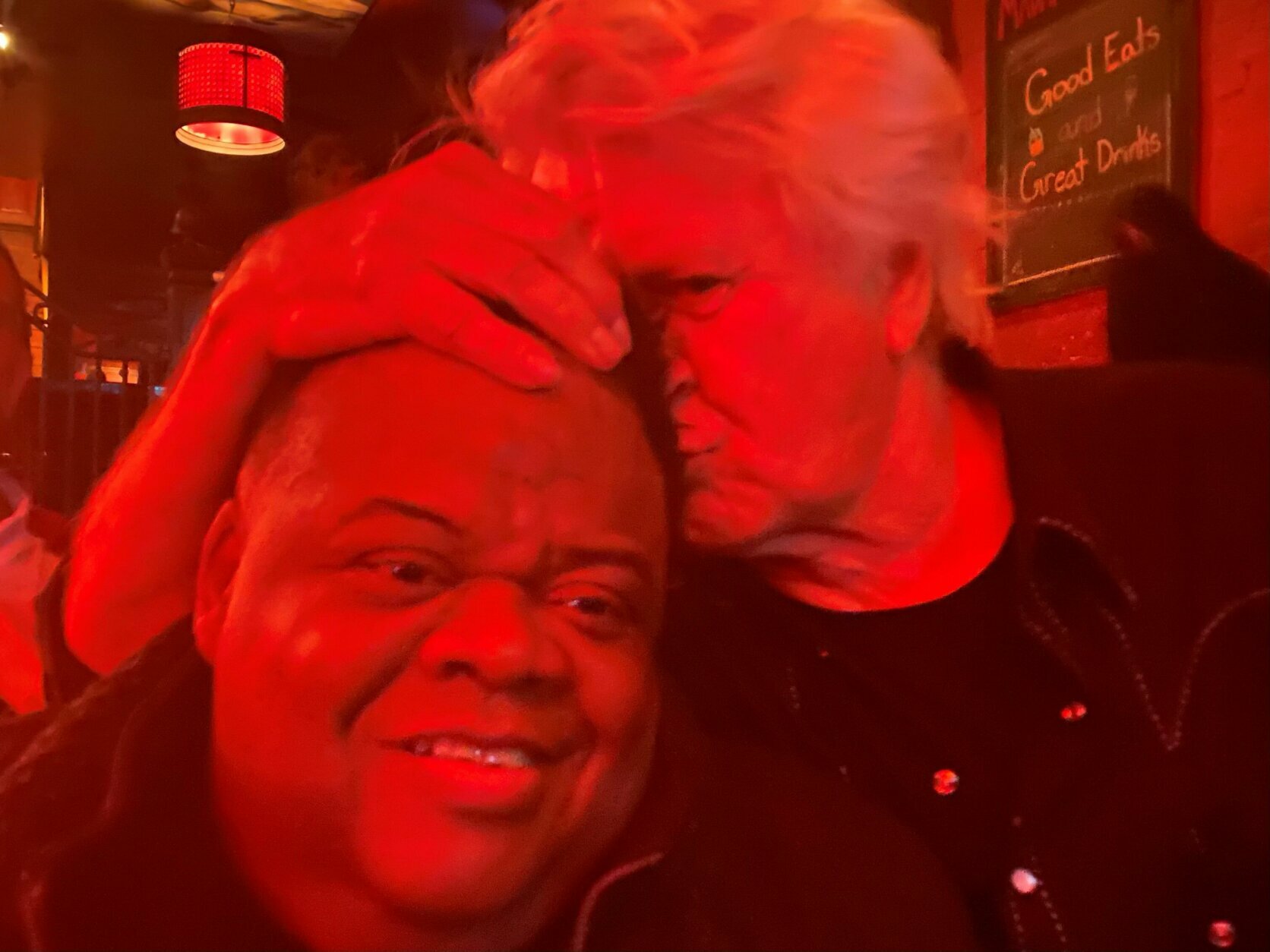 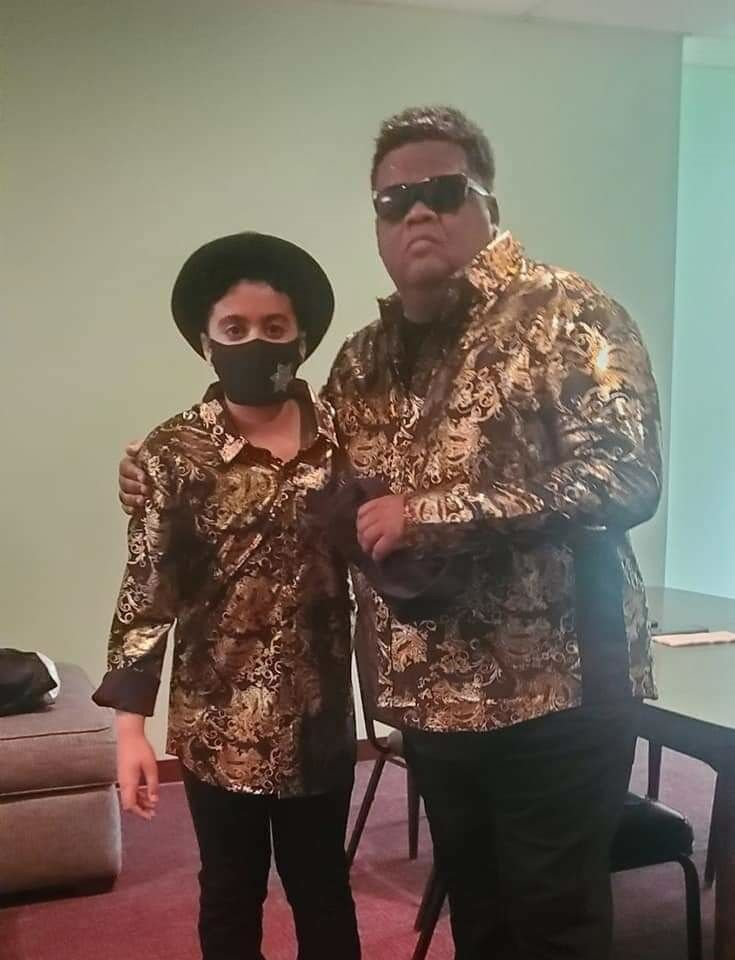 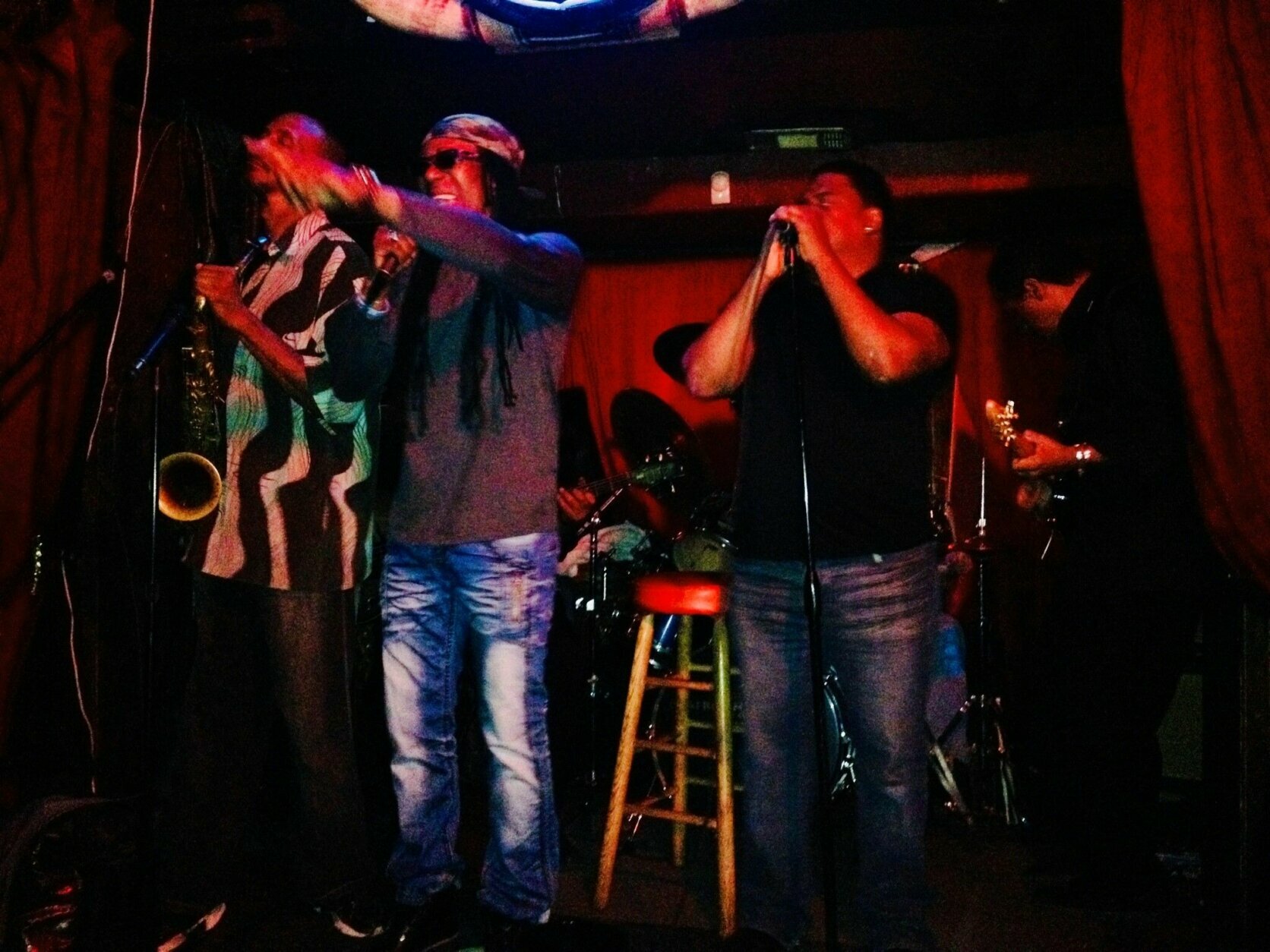 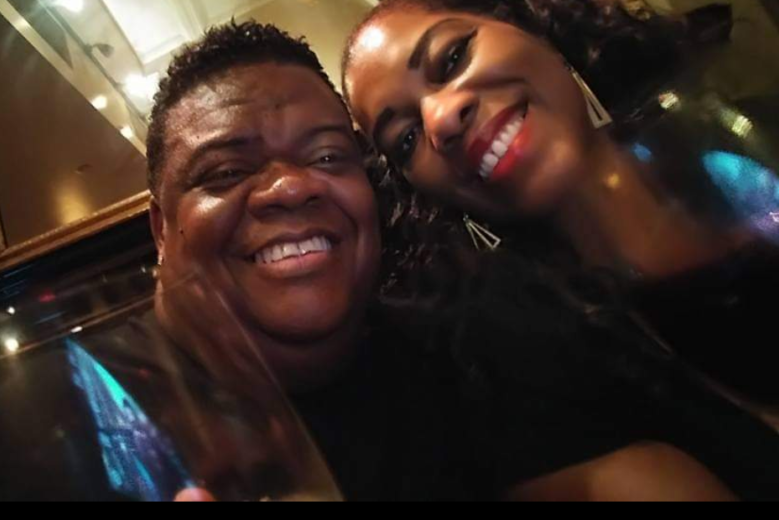 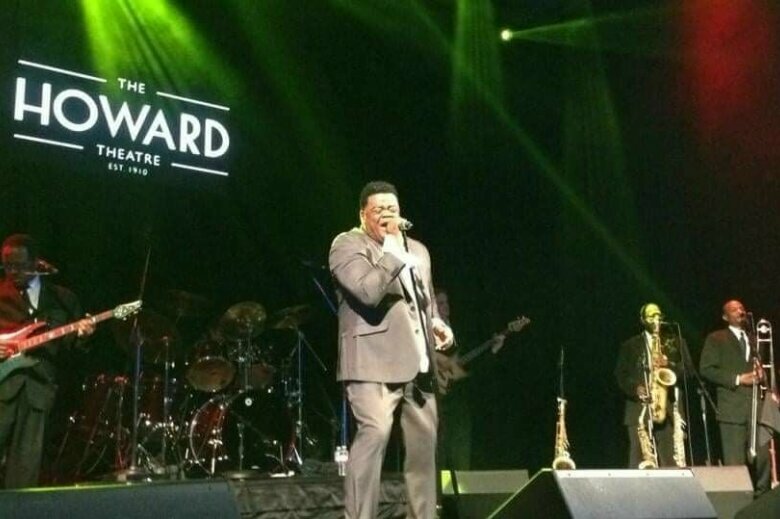 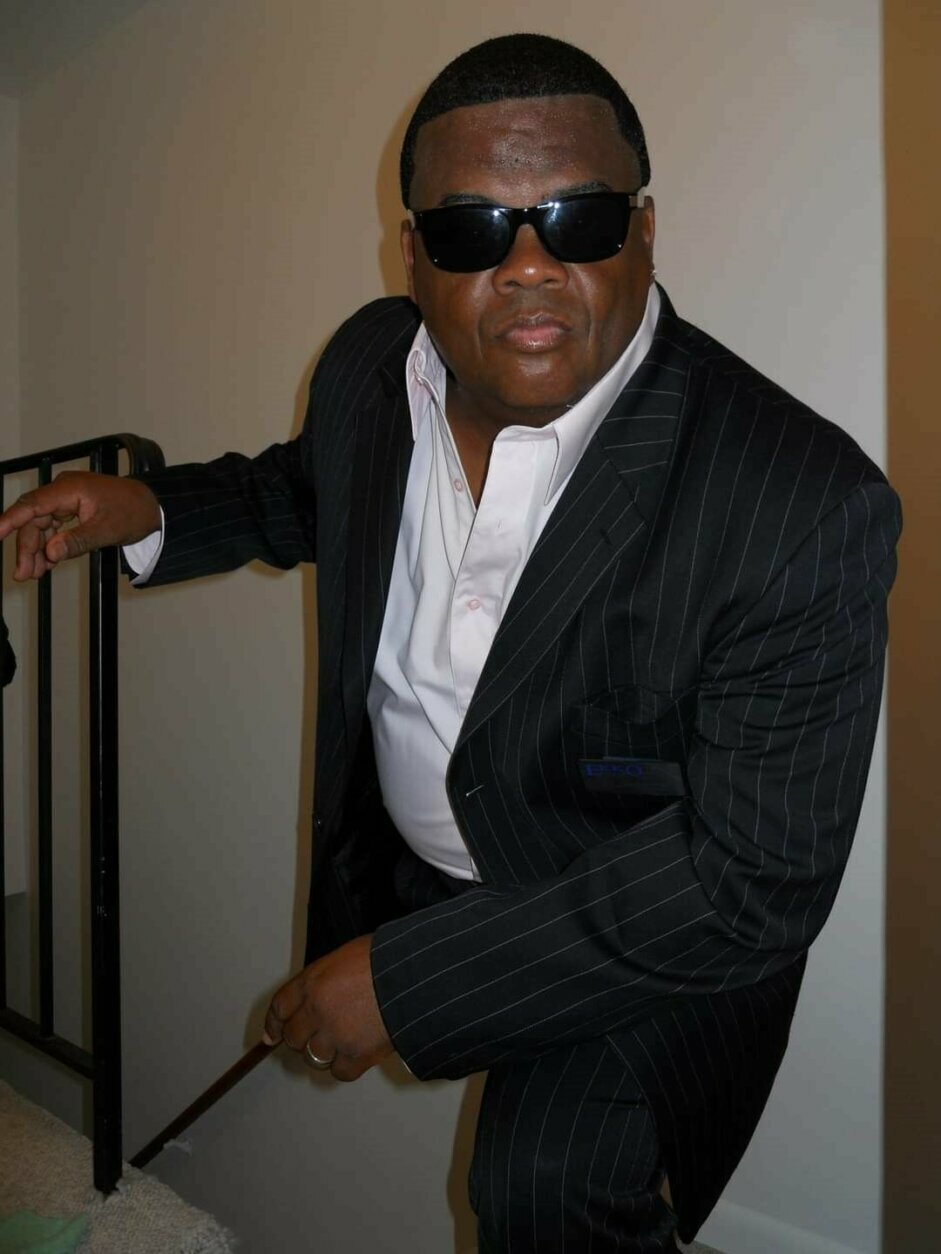