Police: Driver dies after veering off I-70, getting trapped in vehicle fire

A driver was killed early Tuesday after they veered off Interstate 70 in Frederick County, Maryland, and were trapped in a vehicle fire, Maryland State Police said.

A driver was killed early Tuesday after they veered off Interstate 70 in Frederick County, Maryland, and were trapped in a subsequent vehicle fire, state police said.

Around 2 a.m., Maryland state troopers responded to a vehicle fire near I-70 and Harmony Road.

Before the vehicle fire, the driver had been traveling east on I-70 in a 2004 Ford Taurus, when they veered off the road, down a hill and ended up in Little Catoctin Creek, Maryland State Police said.

The driver was still trapped inside when the car caught fire.

It’s unclear why the driver veered off the road, and state police are still investigating.

The driver has not been positively identified yet, but state police believe the driver lived outside of Maryland. Anyone who might have witnessed the crash or has any other information about it can call 301-600-4150. 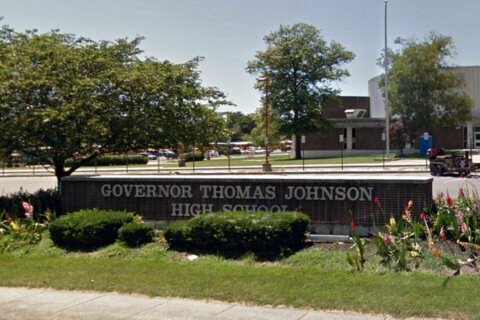