Fourth of July festivities around the National Mall and Capitol grounds will bring music, a parade and (of course) fireworks. Here's a rundown on the specifics, including road closures.
Listen now to WTOP News WTOP.com | Alexa | Google Home | WTOP App | 103.5 FM

The National Park Service has announced the schedule for July 4 festivities around the National Mall and Capitol grounds. Events include:

The map below illustrates the secure-area boundaries on July 4, as well as restrooms, nearby transit stations, first aid stations and “safe haven” locations (i.e., museums and federal buildings along the National Mall that will be opened for people to take shelter).

Note: Transit use is encouraged. The Park Service suggests using Metrorail stations other than Smithsonian or Federal Triangle, which typically have the most traffic on July 4.

Entry will be limited to eight access points, where visitors will be screened. All open at 10 a.m. (unless where otherwise indicated) and will remain open until 9 p.m.

Public access begins at 3 p.m. to view “A Capitol Fourth.”

All attendants will be screened. (West Lawn seating is first-come, first-served.)

Viewing fireworks along the George Washington Memorial Parkway: Note that fireworks can also be watched from the following locations along the parkway, though note there is no access to the National Mall from here:

Closed from 3 p.m. until approximately midnight

Details about the concert can be found here.

What concertgoers can bring: food and water, lawn/beach chairs that sit low to the ground, and umbrellas smaller than 36 inches in diameter are allowed. 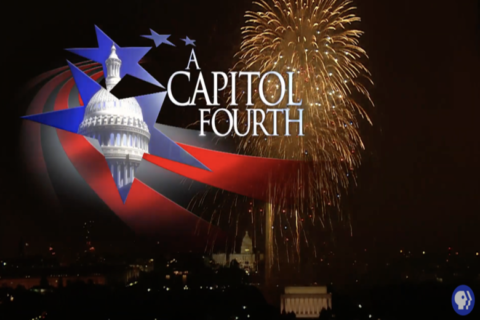 FAQ: ‘A Capitol Fourth’ returns live to US Capitol