Coronavirus News: US to OK mix-and-match boosters | Celebrating homecoming | Va. adds dashboard for children | Local cases of COVID-19 | How many in DC region are vaccinated?

How to tell the difference between Maryland blue crabmeat, cheap imports

Home » Food & Restaurant News » How to tell the…

Those who love Blue Crabs from the Chesapeake Bay should know how to tell the differences between Maryland crabmeat and the cheap, imported crabmeat.
Listen now to WTOP News WTOP.com | Alexa | Google Home | WTOP App | 103.5 FM
(1/8) 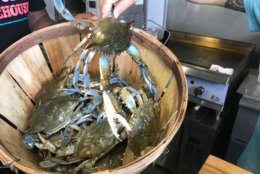 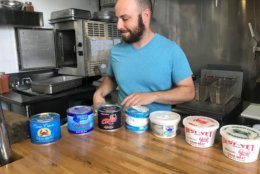 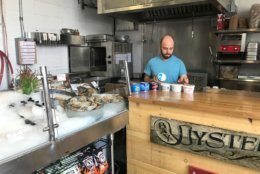 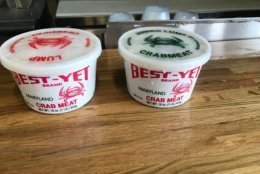 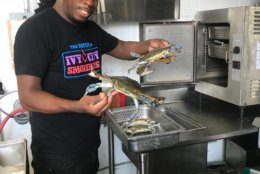 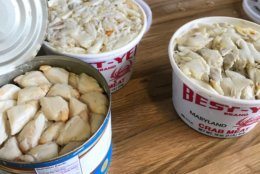 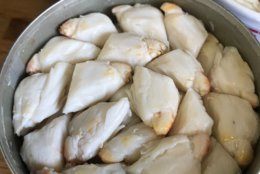 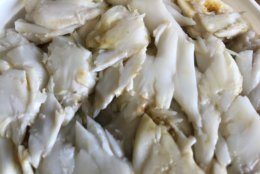 The iconic slogan is “Maryland Is For Crabs,” and those who love Blue Crabs from the Chesapeake Bay know there are big differences between Maryland crabmeat and the cheap, imported crabmeat that is reaching tables from China, the Philippines, Indonesia and Venezuela.

“You can buy that crabmeat and it’s supercheap. The market is flooded with it,” said Daniel Greenbaum, fish monger and market manager, The Market At Ivy City Smokehouse in Northeast D.C.

“There aren’t any noncertified packing houses in the United States,” Greenbaum said. The packing houses verify species, food handling and worker conditions at the plants.

“If you’re getting it from the Philippines, Indonesia and Thailand, all those other countries, it’s not as regulated and we don’t have as good information,” he said.

Greenbaum said there are clear differences in the sight of authentic Maryland Blue crabmeat and it’s cheap, foreign competitor.

“The imported crabmeat is washed … so it’s really immaculately clean-looking … the imported stuff almost looks too clean and they rinse it with SAPP, Sodium Acid Pyrophosphate … What that does is it helps stabilize it, preserves it and it actually whitens it as well,” he said. “There’s some orange and some yellow that come in Maryland crabmeat, because they’re from actual crabs picked by hand.”

What do they use to preserve Maryland crabmeat usually sold in clear plastic containers?

“Nothing … They get the crabs in, they pressure steam them, they pick them by hand, put them in a container and send them out,” he said.

Greenbaum also said the crabmeat imported from China, the Philippines, Indonesia and Venezuela is from an entirely different species than Maryland Blue Crab, Callinectes sapidus.

There are telltale yellowish protrusions in each lump of imported crab meat distinctive to the imported crab species and not found in Maryland Blue Crab.

There are also differences in the aroma between Maryland crabmeat and imported crabmeat.

“If you smell it, Maryland has a musky, kind of deep-sweetness to it … The other stuff will taste and smell almost like nothing, it’s very, very mild. They’ll say it’s delicate … but you don’t really want that because it has no character,” he said.

In the grocery store, Greenbaum cautions shoppers against being fooled by the label.

“There’s a lot of times where it will say ‘Maryland-style,’ or Blue Crab Chesapeake this or that, but … they must have the country of origin labeled,” Greenbaum said.

In restaurants, Greenbaum urges diners to ask the server the origin of the crabmeat.

“To make sure that people get exactly what they want … if they are from Maryland and they want to make crabcakes and they’re trying to buy some crab, you better damn well make sure they’re getting Maryland crabmeat,” Greenbaum said.