The winningest man in barbecue shares some of his best advice for backyard grilling and smoking, just in time for the summer season.
Listen now to WTOP News WTOP.com | Alexa | Google Home | WTOP App | 103.5 FM

Myron Mixon has won more barbecue competitions than anyone else in the world, including four world championships and 11 national championships. So naturally, the Unadilla, Georgia, native (and mayor) gets asked a lot of questions about grilling and smoking meat.

“People want to learn, I mean everybody’s very interested in barbecue. It’s amazing how many folks really haven’t done it yet. And as popular as it is, they haven’t tried it yet,” said Mixon, who opened Myron Mixon’s Pitmaster BBQ in Alexandria, Virginia, in 2017.

All these questions are what prompted Mixon to write his fourth book, “BBQ&A with Myron Mixon,” which walks readers through the basics of barbecue, covering everything from equipment, to rubs and sauces. On a recent trip to his Alexandria restaurant, Mixon stopped by WTOP to share some highlights, just in time for the summer season: Summer recipes for the grill, on the side

Planning a big backyard barbecue or an intimate evening with friends? Use these seasonal recipes to inspire your summer menus.

Grills and smokers with all the bells and whistles can cost a fortune, but you don’t need to break the bank to get good barbecue.

“This is not a rich person’s game. Barbecue was originally done to be simple,” Mixon said.

He recommends something that has a “decent amount of grill surface” — about 18-inch round grates. If you’re able to spend a little bit more (but still under $300), Mixon said look for a smoker that has a water feature, which puts moisture into the cook chamber.

The most important thing is to “get to know” your grill or smoker well before you use it to entertain.

“Learn every in-and-out of it. Learn what it can do very well; learn what you gotta do to finesse it,” Mixon said. “You don’t want to wait and buy a grill on July 3 and fire it up on July 4 when you’ve never cooked on it.”

You do need a meat thermometer

One piece of equipment you should invest in is a good meat thermometer, Mixon said.

The dark part of chicken (legs and thighs), he said, should be cooked to 180 degrees; chicken breasts are done at 160. For a whole brisket, Mixon said you want to hit 205; pork butts should reach 200, and baby back ribs are perfect at 207 degrees.

Speaking of baby back ribs …

Mixon is well-known for nearly every type of barbecue — and especially for his baby back ribs. What’s his secret? He said always start with a thick cut, and don’t overthink the prep.

Smoke the ribs at 275 degrees for two hours, then “pan them.”

“I set them down in a pan, put one cup of apple juice in there, seal it with foil and cook it for about another hour at 275,” Mixon said. “Now I’m tenderizing it; I’m going to get ‘em done.”

Check the temperature of the meat, and when it hits 207 degrees, the ribs are ready.

Mixon said there are three sides that are nonnegotiable for backyard barbecues. The first is beans, and one of his favorite recipes is for barbecue peach beans.

He also said coleslaw and potato salad are also a must. If you really want to go above and beyond, try Mixon’s baby back mac and cheese. “It’s Keto,” he joked. 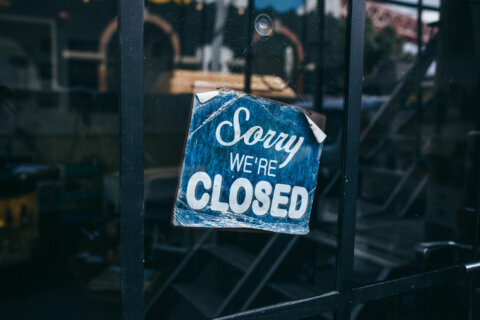