Has Prince William ever had a hot dog? An investigation

Britain's Prince William is the future King of England, but he is also the subject of a debate that has engulfed the WTOP Newsroom: Has he ever had a hot dog?
Listen now to WTOP News WTOP.com | Alexa | Google Home | WTOP App | 103.5 FM

WASHINGTON — Small questions often elicit profound answers and so it was a day after the British Royal family released photos celebrated the christening of Prince Louis. 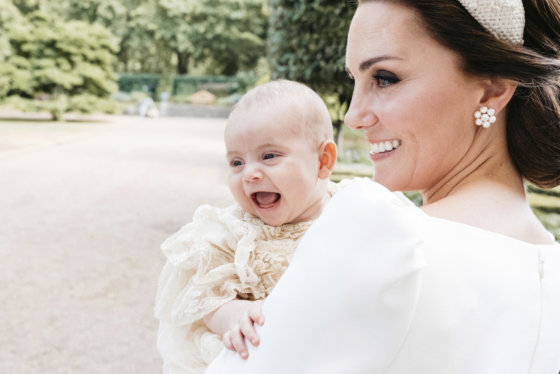 Prince Louis, the Duke and Duchess of Cambridge’s youngest child was christened at St. James’s Palace in London. See photos.

The question: Has Prince William, the Duke of Cambridge and future king of England, ever had a hot dog?

“I can’t find anything to suggest Prince William has ever eaten a hot dog in public,” said Charlie Proctor, the Editor-in-Chief of Royal Central. “No doubt he will have had one at some point behind the walls of Kensington Palace.”

Proctor added that a former chef for the Royal Air Force said Prince William was fond of lamb burgers when he served as a search and rescue helicopter pilot.

“This is the strangest question that we have received today,” Proctor acknowledged.

This debate has engulfed the WTOP Newsroom for the better part of Monday morning.

Like most great debates around profound questions, this one started simply.

While discussing the christening of Prince Louis, WTOP reporter and editor John Domen noted that a christening is often celebrated in the U.S. with a simple cook out.

This observation prompted WTOP Digital Editor Abigail Constantino to note that the British Royal Family has likely never attended a “normal” cookout, to which Domen wondered aloud, “Do you think Prince William has ever even had a hot dog?”

We do know that at least two royals have had hot dogs.

When Prince William’s great-grandparents, King George VI and his wife Queen Elizabeth, better known as the Queen Mum, paid a visit to President Roosevelt in New York at Hyde Park, the president and royal family had a “picnic” where hot dogs were the main course.

Although no reporters were present, this picnic generated a lot of coverage. The New York Times went so far as to run a headline that read “King tries hot dog and asks for more.”

While King George might have liked them, the hot dogs allegedly confused the Queen Mum. The Smithsonian cited one story where the queen asked Roosevelt how to eat a hot dog.

“Very simple, push it into your mouth and keep pushing until it is all gone,” Roosevelt allegedly told her.

Legend has it that the queen elected to eat her hot dog with a knife and fork instead.

When covering the 50th anniversary of that meeting, The New York Times reported that the Queen Mum recalled the trip as “an idyllic experience” and “great fun.”

The current monarch, Queen Elizabeth II, has also attended at least two major public events in the U.S. where one would expect the opportunity to dine on a hot dog to present itself, both were in Maryland.

In 1957, the queen attended a football game between the University of Maryland and North Carolina at Byrd Stadium in College Park, Maryland.

Again in 1991, Queen Elizabeth and her husband Prince Phillip saw an Orioles game at Memorial Stadium with then President George H.W. Bush.

And really, what is a baseball game without a hot dog?

More recently, Prince William and his wife Catherine, met with basketball royalty in 2014 when they saw the Cleveland Cavaliers play the Brooklyn Nets at the Barclays Center.

WTOP has reached out to the British Embassy in the United States to ask if Prince William has ever had a hot dog. The embassy has not yet responded to our question.

The Royal Family says on its website that its public information office responds to written requests sent through the mail and is “unable to respond” to emails.