WASHINGTON — The key to a great bagel is not the water, despite what plenty of proud New Yorkers will tell you.

According to Chad Breckinridge, the secret is letting the dough rest in the refrigerator for at least a day before boiling and baking the breakfast bread. Also, adding a little more salt than what’s expected helps to enhance the flavor.

Breckinridge is a self-taught bagel expert. Sure, he lived in New York for almost a decade, and thus consumed about 10 years of “some very tasty bagels,” but he doesn’t come from a baking background. A few years ago, however, the Del Ray, Virginia, resident and communications regulation lawyer, started making bagels in his home kitchen “just for fun.”

His products quickly won over family and friends, who gave him the encouragement he needed to take the next step: selling his bagels at the farmers market. Breckinridge arrived to his first market three years ago with 150 homemade bagels in hand (he got up at 3:30 a.m. to boil and bake them all off in batches before the market’s 9 a.m. opening), and over the course of four hours, he sold out.

“The next weekend, I brought 300 (bagels) and they sold out more quickly, and then it just snowballed into this crazy bagel phenomenon and I was making 500, 600 bagels a week to bring to the farmers market out of my house,” Breckinridge said.

That is how Bagel Uprising got its start. Now Breckinridge’s bagel company operates out of the Mt. Vernon Avenue restaurant, Snackbar, where he shares staff, kitchen space and counter space with the local eatery.

During the week, he is turning out about 150 bagels a day, which he sells in the back of the dining room. On Saturdays and Sundays, he is baking about 800 bagels in six flavors — everything, plain, poppy seed, sesame, salt and cinnamon — the last of which creates an internal struggle for the baker and bagel purist.

“I will tell you that I do feel a little bit torn about this … (cinnamon bagels) taste good and my kids are super into them, but every time I do sell one of them, I do feel a little twang of guilt. It’s not really a bagel,” Breckinridge said.

At Bagel Uprising, customers can purchase bagels by the dozen (often with a few tubs of plain and flavored cream cheese), or buy single orders of toasted bagels, including those topped with smoked salmon from D.C.’s Ivy City Smokehouse.

Aside from enjoying the bagel-baking process, Breckinridge said he started Bagel Uprising because it was getting harder to find good, homemade bagels in Northern Virginia. Maryland is home to some famous bagel spots, and D.C. has added a few new brands in recent years, but Breckinridge said most of the authentic bagel shops near Del Ray closed.

“There is a genuine demand for bagel in Northern Virginia … so my goal was to try to make a good, legit, real bagel that’s boiled and baked and everything, and also one that’s the regular size,” said Breckinridge, adding that unlike a lot of supersized bakery creations, his bagels weigh in around 4 ounces.

Even though Breckinridge no longer bakes out of his home kitchen (he said his family members were happy to see the piles of 10-pound flour bags find a new home), he still gets up early one morning a week to bake at Bagel Uprising. To him, it’s a hobby.

As for plans to expand or open his own brick-and-mortar bagelry, Breckinridge admits he sounds a lot like a potential presidential candidate.

“For right now, this is great. I don’t have any future plans,” he said, adding that his goal is to make sure this side project continues to stay fun.

“It’s super satisfying making a bagel when you spend the rest of your time being a lawyer.”

He admits it’s a little bit unorthodox, but Breckinridge said lightly toasting the bagel (he recommends plain) helps to give the final product a little warmth and texture. Next, apply a “nice schmear” (not too thick) of cream cheese.

“I think sometimes you go to a bagel place you get a thick thing of cream cheese, and I think almost everyone throws like 80 percent of it away,” he said.

Then, top both sides with a nice chunk of nova smoked salmon (Breckinridge explains lox is technically a lot saltier of a fish, and most of the time when people reference lox, they’re referring to nova), followed by slices of red onion and a sprinkling of capers.

You may be tempted to stick the sides together and eat the dish like a sandwich, but Breckinridge said an open-faced BLC is best — just have a handful of napkins nearby.

“It is a bit messy, but sometimes you gotta sacrifice your dignity for a good bagel,” he said. 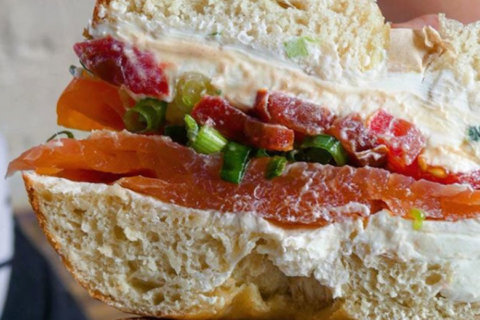 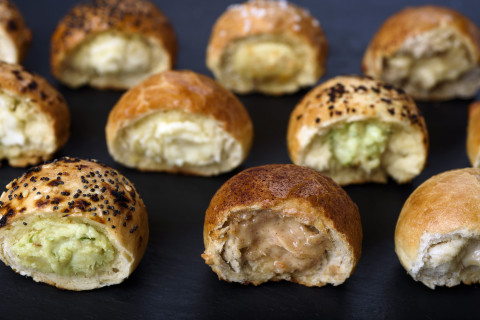 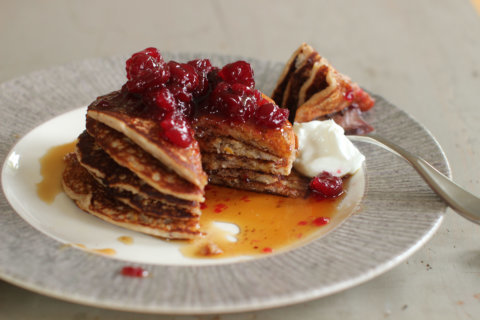