Since the early 20th century, the world has lost 94 percent of its seed diversity, and the lack of vegetative variance has consequences that stretch beyond the dinner plate.
Listen now to WTOP News WTOP.com | Alexa | Google Home | WTOP App | 103.5 FM

WASHINGTON — Since the early 20th century, the world has lost 94 percent of its seed diversity. 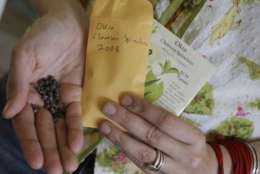 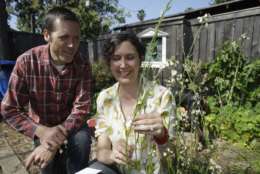 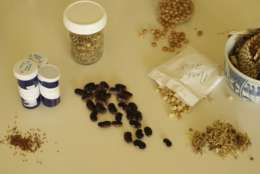 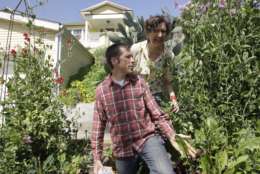 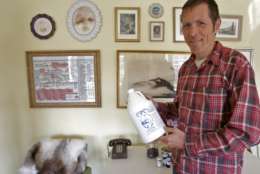 “Few things on earth are as vital as seeds. We can’t live without them,” Siegel said.

Compared to 100 years ago, however, we’re living with far fewer. Back then, there were more than 500 varieties of cabbages. Now, there are 28, and the lack of vegetative variance has consequences that stretch beyond the dinner plate.

“Anything from climate change to survival all depends on what kind of seeds we have to keep everything moving forward,” Siegel added.

A growing movement to preserve seed diversity and reinstate a 12,000-year-old tradition of passing seeds to the next generation is underway in communities across the globe. It’s these “seed savers” that Siegel and co-director Jon Betz profile in their new documentary, “SEED: The Untold Story.”

At the core of the global seed collapse is the abdication of seed-saving to large agrochemical companies, such as Bayer and Monsanto, which now control more than two-thirds of the global seed market with mostly genetically modified and chemically dependent hybrid seeds.

“It became this thing where we have to go buy our seeds now,” Siegel said.

These mass-produced seeds, which companies forbid farmers to save and share, lack flavor, have less nutritional value and are not as adaptable to varying climates, compared to their thousand-year-old counterparts, Siegel added.

“We are more vulnerable to drought and climate change and things like that because we don’t have the seeds in the local communities to get us through these harsh conditions,” he said.

About 40 years ago, a cadre of growers alert to the flaws of modern farming reintroduced the ancient practice of seed saving to the everyday gardener.

Now, at the Richmond Grows Seed Lending Library in Richmond, California, community members can “borrow” seeds to plant in their gardens at home. Once the seeds grow out, they are encouraged to bring back a few of the next generation’s seeds for someone else to borrow.

More than 500 libraries, like Richmond’s, as well as homegrown efforts to share seeds, are sprouting up across the country. Every year, the DC State Fair hosts a seed share for local gardeners; Washington Gardener also organizes an annual seed exchange.

Siegel said that because of efforts like those listed above, the documentary is less of a cautionary tale and more of a hopeful one.

“We don’t always have to be battling the big corporation. We can kind of go around that and support our local partner. Keep it about the sharing and positive outlook on saving these seeds that could go extinct if we don’t share them,” Siegel said.

“There’s really something exciting about planting a seed and watching it grow.”

“SEED: The Untold Story” premieres on Independent Lens Monday, April 17 from 10-11:00 p.m. ET on PBS. If you’re interested in finding a seed exchange, or starting your own, visit seedlibraries.net and seedsavers.org.