World’s ‘spice wizard’: How to use and make spices at home

One of the most sought after professionals in the culinary industry talks about the importance of spices and how to elevate your everyday dishes at home.
Listen now to WTOP News WTOP.com | Alexa | Google Home | WTOP App | 103.5 FM
download audio
November 29, 2021 | A conversation with 'spice wizard' Lior Lev Sercarz (WTOP's Rachel Nania)

WASHINGTON — When Brandon Shapiro returned from a trip to Israel three years ago, the Bethesda-based chef developed an interest in spices — especially those he tasted on his travels.

The more he researched the topic, the more he saw the name Lior Lev Sercarz.

“They call him the ‘spice wizard,’” said Shapiro, who is the chef de cuisine at Wildwood Kitchen by Robert Wiedmaier.

Shapiro brushed aside his suspicion that it was “all hype,” and decided to give the wizard a chance. He placed an order for Lev Sercarz’s spice blends. What he tasted was “mind blowing.”

“Even the simple [spices], like basic coriander seeds — it’s the best coriander. Once you try that, you don’t want to use anything else. There’s no way I could go back to ordering regular spices anymore,” he said.

Now, Shapiro is part of a growing group of renowned chefs from all over the world who go to Lev Sercarz for their spice needs.

The basement of a small store in Manhattan’s Hell’s Kitchen neighborhood is Lev Sercarz’s laboratory. That’s where the Israeli-born chef and business owner mixes spices for his growing collection of blends, which he sells upstairs alongside homemade French biscuits at La Boîte.

Lev Sercarz’s path to La Boîte was not direct. After serving in the Israeli military for three years, he decided to get a job in the food industry, since part of his duties as sergeant included overseeing the kitchen staff.

A few years later, he continued on to culinary school at the Institut Paul Bocuse in Lyon, France to acquire some “proper training” before working alongside acclaimed chefs such as Olivier Roellinger and Daniel Boulud.

“I got to a point in my career where I realized I had no ambition to open a restaurant, yet what do you do with 20 or so years of experience?” Lev Sercarz said. “The transition into the world of baking cookies and making spices, which doesn’t make a whole lot of sense, to me made sense.”

When Lev Sercarz launched La Boîte in 2006, most of his customers were chefs. Now, he sells his creations to everyone from restaurateurs in Singapore, to home cooks, distillers and chocolate makers. He even collaborates with Brooklyn Brewery on a few of its beers.

There are two things Lev Sercarz tells all of his customers, no matter their status: Do not confuse “spice” with “spicy,” and use spices often and in everything.

“Use them on a daily basis; they’re not reserved to a specific ethnic group or just the holiday season. It’s year-round — breakfast, lunch and dinner,” he said.

“If you like food and beverage than you should use spices; there’s no other way. It doesn’t have to be 20 — it could be two or three — but you have to use spices.”

In the last 10 years, Lev Sercarz has traveled the globe to source the best ingredients for his spice collection, which includes more than 130 blends.

Wildwood Kitchen’s Shapiro uses Lev Sercarz’s Kibbe blend (parsley, garlic and cumin) in the restaurant’s squash soup and on its spiced carrots, and incorporates the Shabazi spice (green chilies, parsley and coriander) into its avocado tahini.

“It really elevates [the dish] … it brings more of a powerful flavor to it,” Shapiro said about Lev Sercarz’s blends. “It almost makes your job easier.”

In his latest book, “The Spice Companion,” Lev Sercarz details tips and recipes for creating spices at home. His first piece of advice: Take inventory of what you have and think about how long you’ve had it. Unlike a fine wine, spices do not get better with time.

Next, think about what you cook often and the seasonings you use for that recipe. If you put the same four herbs on your famous roast chicken, consider combining them in a balanced way into one jar to save space and time.

“Once you have that blend that you made for your signature chicken or salmon, you start using it on other things because it’s ready to be used,” he said.

“It could and should be used in anything you can think of, whether it’s fish, meats, vegetables, desserts, cocktails. You should make it in a way that allows you to use it in as many possible preparations.”

The easiest way to think of spices, Lev Sercarz says, is less as an ingredient and more like a tool in the kitchen that doesn’t come with instructions. 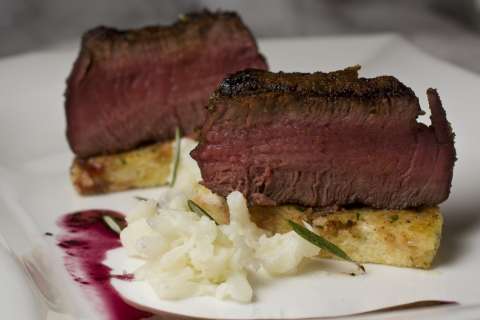 Hunter, gatherer, cook: Recipes and reasons for eating what you find 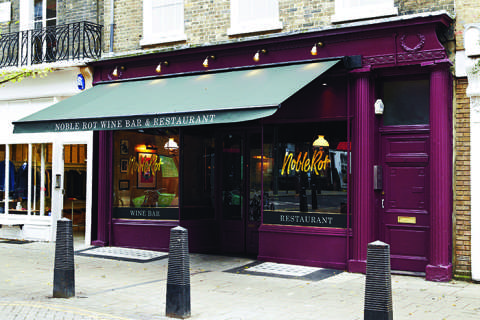 Taste and travel: The best wine destinations for 2017