District Distilling: DC’s newest distillery is unlike all the rest

D.C.’s newest distillery is filled with the typical shiny pot stills, towering fermentation tanks and rows of oak barrels. But there is one thing that sets it apart from all the others.
(1/13) 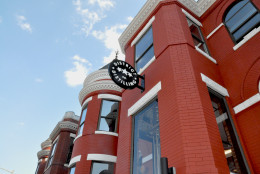 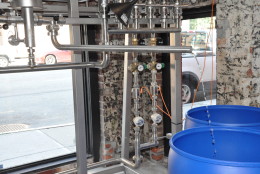 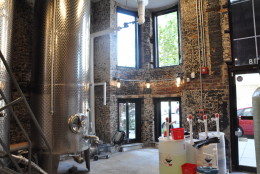 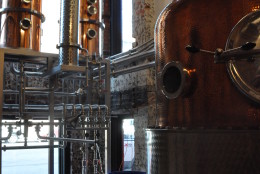 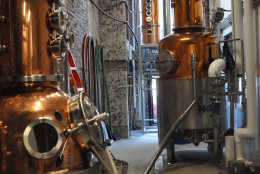 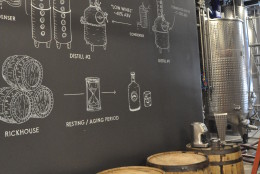 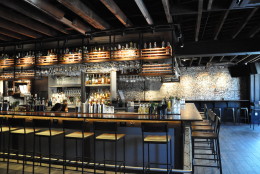 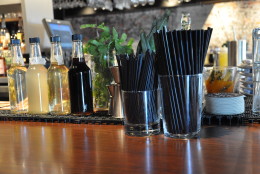 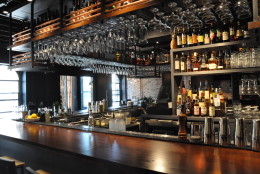 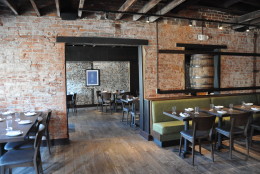 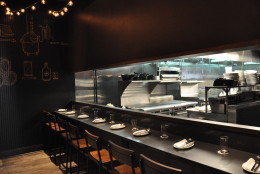 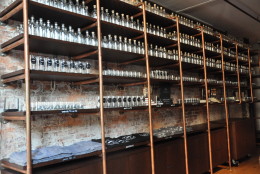 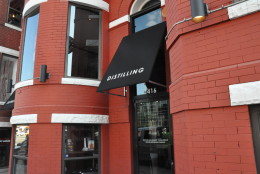 WASHINGTON — D.C.’s newest distillery is filled with the typical shiny pot stills, towering fermentation tanks and rows of oak barrels. But there is one thing that sets it apart from all the others in the city: a kitchen.

District Distilling Co. opened the doors to its 8,000 square-foot space near the intersection of 14th and U streets in Northwest D.C. on Aug. 26. The distillery is making vodka, gin, rum and whiskey — and it’s also making dinner.

Chae Yi, District Distilling’s president and CEO, says opening a restaurant in the distillery just made sense. After all, wineries and brewpubs have been doing it for years.

“Wineries in other parts of the country have always prided themselves on the fact that they serve excellent wine, but also have excellent food … but we didn’t see that in the spirits world, at least here in the District,” Yi said.

A large reason for that is because it was illegal. Before 2014, D.C. restaurants and bars could not serve spirits made on-site. That all changed when the city passed its distillery pub law.

Also unique is District Distilling’s location. D.C.’s other four distilleries are located in Ivy City, a warehouse-heavy neighborhood in Northeast. District Distilling is in the heart of the city’s U Street corridor — an area populated with restaurants, bars and music venues.

Opening the distillery in a highly trafficked and residentially dense area of the District was a priority for the new business. One of District Distilling’s goals is to educate Washingtonians on spirits and how they’re made. Yi said planting its pot stills in the middle of city makes it that much easier.

“The big challenge was getting all of this big heavy equipment in here and not roughing up the delicate brick,” Yi said.

District Distilling is currently open for dinner, with plans for brunch and lunch to launch shortly. Chef Justin Bittner, formerly of Bar Pilar, is running the kitchen, and the menu is focused on what’s fresh and in season.

This month, diners will find dishes such as crispy pig ear salad with baby greens and orange segments, cast iron steak with roasted carrots and parsnips, and summer ratatouille with a homemade butter crust.

The bar program, overseen by Said Haddad, shines a spotlight on the spirits being made downstairs, as well as other small-batch products. Options range from signature cocktails to craft beers to samplers and flights.

“We can create a cocktail with what’s being made in the distillery and teach a class on how to pair it with food — all in the same building. And that’s the fun part,” Haddad said.

Head distiller Matthew Strickland is still working on the first batches of vodka, gin and rum, but Yi predicts they will be available at the bar in the next week, and then available for purchase by the bottle shortly thereafter.

Once the distillery catches up on clear spirits, Strickland will start making whiskey, bourbon and rye — but it will be awhile before locals get a taste.

“You can’t have a brown spirit without waiting multiple years for it to be ready,” Yi said.

District Distilling Co. may be the first hybrid distillery-restaurant in the nation’s capital, but Yi says it won’t be the last. He predicts the local spirits industry will continue to grow.

“The distilling community here in D.C. is pretty awesome. It’s still small enough where everyone knows each other,” Yi said, adding that the industry won’t become saturated as long as there is demand.

“Quite frankly, I think there’s a lot to be learned and gained from the distilling community … D.C. is a great market for spirits makers because there are great spirits consumers.” 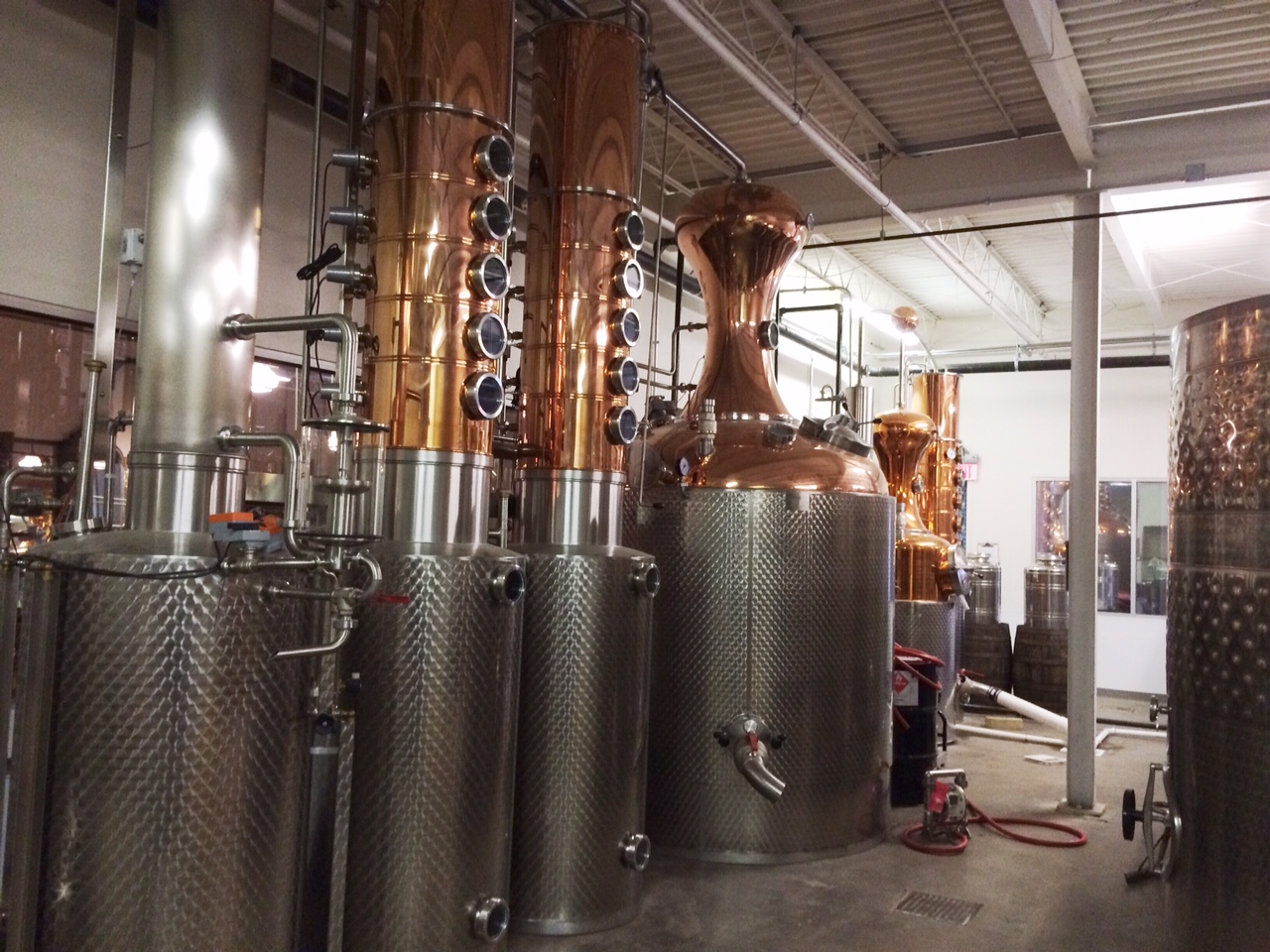 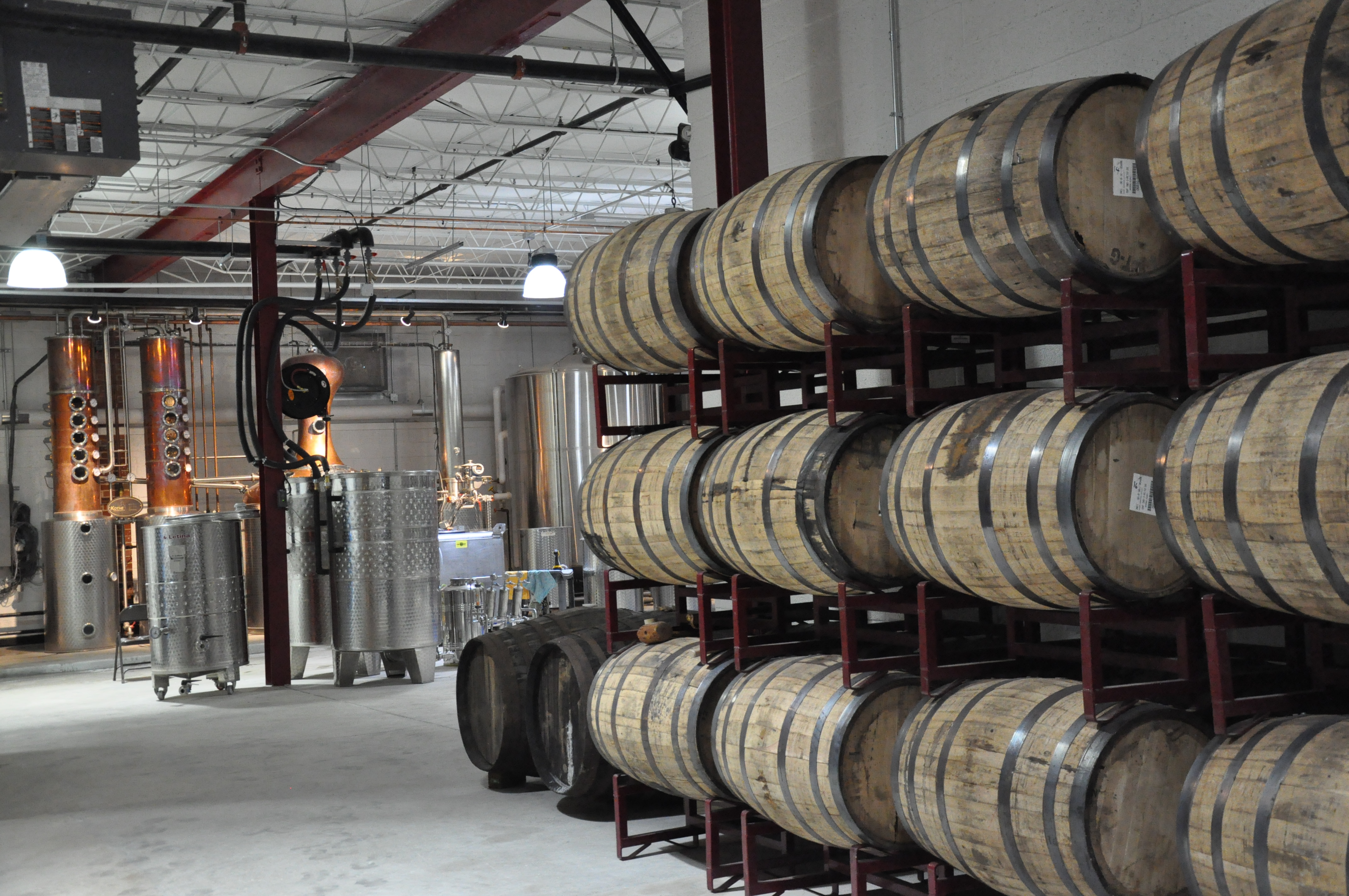