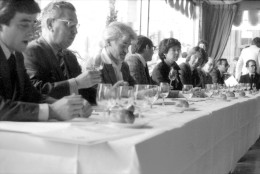 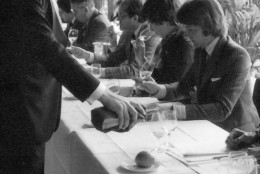 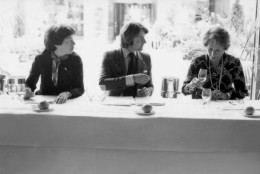 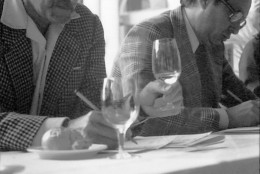 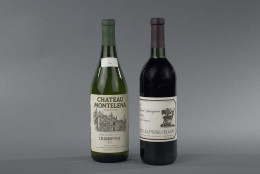 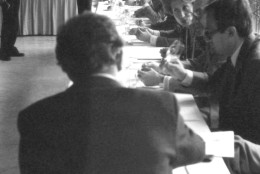 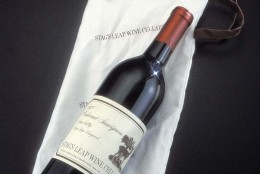 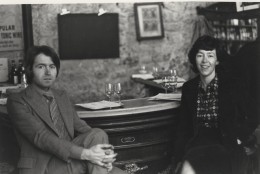 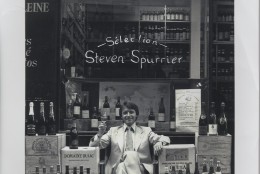 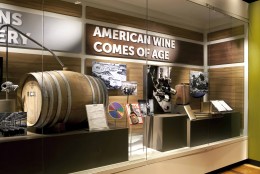 WASHINGTON — In 1976, English wine merchant Steven Spurrier organized an event in Paris that had a lasting impact on the U.S.

The results from the judges shocked the international community: two California vintages, the 1973 Chateau Montelena chardonnay and the 1973 Stag’s Leap Wine Cellars S.L.V. Cabernet Sauvignon, scored first in their categories.

Spurrier, who owned the only English-speaking wine shop in Paris at the time, was aware of the caliber of wines coming out of California, and wanted to introduce the American wines to French palates.

“It is most important to know that our sole aim in holding the tasting was to gain recognition for the quality of wines coming out of California,” Spurrier said.

“We would have been happy with a third and a fifth place, and never expected it to turn out the way it did. As a result, it was shown that California wines could stand alongside the French benchmarks.”

On Monday, May 16, the National Museum of American History will commemorate the 40th anniversary of that watershed moment, called the Judgement of Paris, with a History After Hours program. Spurrier, the winning winemakers, and other key players involved in the 1976 tasting will discuss how their lives changed after that event and the overall impact the Judgement of Paris had on American winemaking.

“It not only put California and Napa on the world map, but also really inspired a lot of other American winemakers in other regions to believe that they could produce tremendously successful wines,” said Paula Johnson, a curator in the division of work and industry at the National Museum of American History.

The country’s wine industry had been decimated during prohibition and was still rebuilding itself. California’s win gave future U.S. winemakers the confidence they needed to enter viticulture. Johnson says it took 25 years, but by 2000, all 50 states were making wine.

The agriculture industry wasn’t the only sector impacted by the tastings. Chefs and restaurateurs on the East Coast quickly revised their predominantly French wine lists to feature more West Coast varietals.

“California wines did not sell on the East Coast at that time. Post May 1976, New York, Boston and Washington could not get enough of them,” Spurrier said.

“[It] was the first chink in the supremacy of French wines in all export markets. In a way, it democratized the wine industry so it could no longer be dominated by just one country.”

The Judgement of Paris & American Wine event is sold out, however, the conversation will be recorded and posted to the museum’s website. You can also learn more about the tasting and see the winning bottles in the museum’s FOOD: Transforming the American Table exhibit. 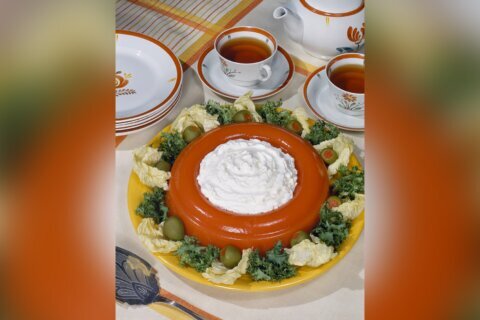