These days, dining out is about so much more than the taste of the food. Chefs are paying added attention to the textures, colors and materials used in their dining rooms.
Listen now to WTOP News WTOP.com | Alexa | Google Home | WTOP App | 103.5 FM
(1/7) 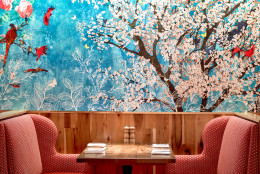 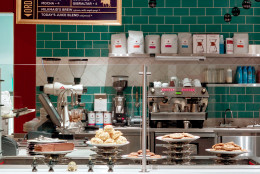 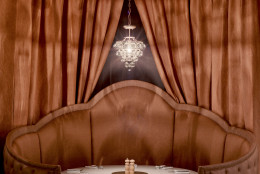 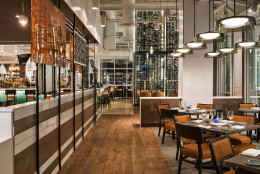 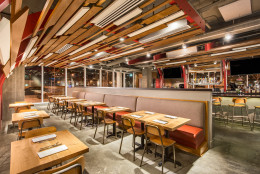 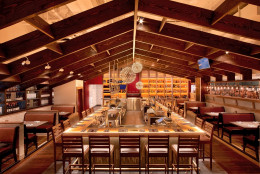 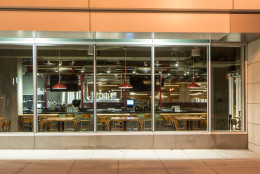 WASHINGTON — Think back to the last time you had a great meal out. What made the experience so memorable? Was it the food? The service? The ambience?

These days, dining out is about so much more than the taste of the food. Chefs are paying added attention to the textures, colors and materials used in their dining rooms, and how these aesthetic qualities enhance their dishes and the establishment’s ethos.

“I think a great restaurant hits the senses holistically. You have to have a connection between the design and the menu,” says Griz Dwight, owner of the D.C.-based hospitality and restaurant design firm GrizForm Design Architects.

In fact, design is so fundamental to the food industry, it’s even a category in the annual James Beard Awards, along with best chef, best baker and the nation’s best bar program.

Dwight says design is important for a few reasons. For starters, it helps create a sense of place for the diner, and allows guests to escape the everyday confines of their own kitchens.

“I think design needs to give people a release, gives them a place to get away for a moment, forget about the dirty dishes piling up in their sink or their empty refrigerator … I think that dining can be a step away from that.”

It also helps to enhance the senses and compliment the cuisine, giving a well-designed restaurant an advantage in a competitive market.

“Four or five years ago, the restaurant scene wasn’t quite as big as it is now, and I think restaurants could get by having just good food or just good service or just good design. Now, the competition is so fierce out there that you have to hit on at least two of those three things, if not all three to be successful,” Dwight says.

At the start of a new year, many publications predict the trends you’ll see on the plate  — hello koji, no-waste kitchens and lots and lots of veggies. But what’s under your plate is just as important. (Is the table made of reclaimed wood or metal?)

Here are some design trends you can expect to spot in 2016:

If you just exhaled a sigh of relief after reading this subhead, you’re not alone. Dwight remembers the first restaurant in which he installed an Edison bulb — and it was almost 10 years ago.

“It was interesting at that point,” he says. “But I would be very satisfied not to see another Edison bulb.”

What you will see, however, is more restaurants turning to technology for adjustments in lighting levels throughout the day, and even throughout a set service.

“We’re looking at lighting levels in restaurants and in the past it’s been a wall of slide dimmers and a manager that turns things up or down. Now, technology is coming in and things are getting to be pre-programmable,” Dwight says.

Gone are the days of the industrial dining room. Dwight says color is making a comeback. In the past year, more restaurants incorporated pops of bold color into their designs, and in 2016, Dwight expects color will stick around.

“But I think in 2016, we’re going to kind of move more into the softer, paler colors, and a little bit less saturation — more subtle and more sophistication,” he says.

Shaw’s upcoming Espita Mezcaleria is not shying away from color. The Oaxacan restaurant, which will offer more than 100 varieties of mezcal, commissioned the world-renowned Mexican street artist Yescka to paint its walls.

The artist traveled to the nation’s capital Nov. 13 through 23 and worked on two murals in Espita — including one that Yescka refers to as a “punk Frida Kahlo.”

“I think if you’re going to be eating in a restaurant, or anywhere, art should be a piece of that experience, not just decoration,” owner Josh Phillips told WTOP.

#3: Playing around with materials

Dwight says materials help to convey the style of the restaurant, so more chefs and restaurateurs are experimenting with textures and textiles.

In the past several years, the sheer number of restaurants in the nation’s capital has exploded.

But the increase in the District’s eating establishments is eating away at the city’s available real estate. Dwight says a lot of new restaurants are opening in Shaw in 2016, but as the year progresses, he predicts many new restaurants will push further east, in the neighborhoods north of H Street.

“There’s a lot of opportunity for space. I think a lot of the city is fairly full, and for new people trying to start out, it’s hard to get in. It can be cost prohibitive, so I think some of the more fringe neighborhoods are starting to get more places,” he says.

These areas, however, do not have big new developments underway, so expect to see restaurants emerging as smaller, more intimate neighborhood establishments.

#5: Robot waiters are still a ways away

Technology is playing a bigger role in how restaurants run — from the lighting to the sound, and even communication between the kitchen and the service staff — but don’t expect to see a noticeable difference in the front of the house.

Dwight says some restaurants use iPads and other tablets for ordering, but most still stick to paper menus.

“That doesn’t mean it’s not coming, but none of our restaurants have really tried to integrate that iPad technology yet,” he says.

And for the foreseeable future, no robots will be taking your order. 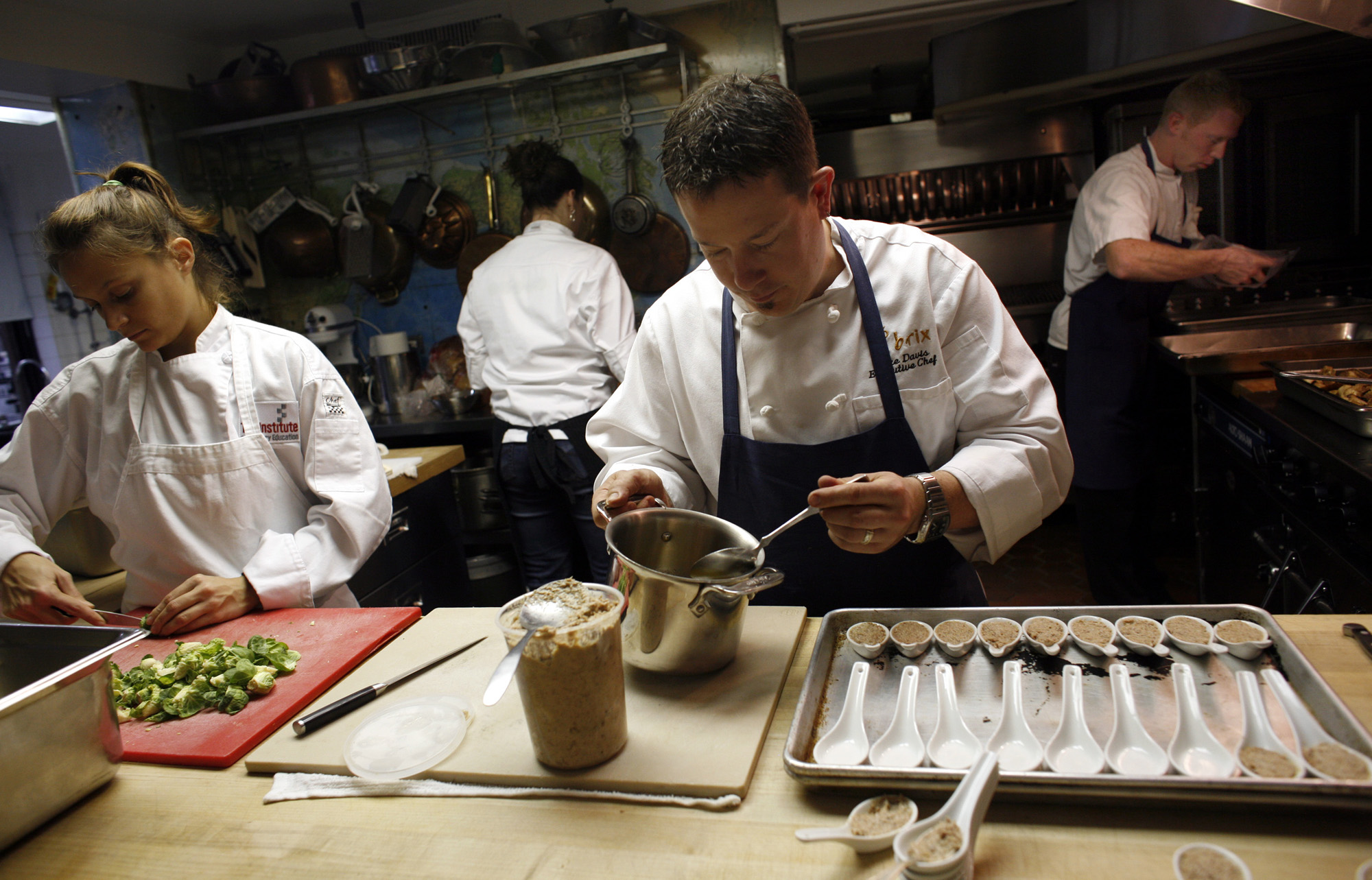