Lobster for Thanksgiving? Unique ideas for your holiday meals

WASHINGTON — When it comes to cooking for the holidays, we like to pass the mic to the experts for…
Listen now to WTOP News WTOP.com | Alexa | Google Home | WTOP App | 103.5 FM

WASHINGTON — When it comes to cooking for the holidays, we like to pass the mic to the experts for their best tips, tricks, trends and traditions. And Colman Andrews, editorial director of The Daily Meal, has a lot to say on the topic.

This year, the online food and drink encyclopedia put together a guide for every recipe you could possibly need to get you through the holiday season — from breakfast to beverages.

Make your shopping list and check it twice, because we’re rolling up our sleeves and getting in the kitchen with some of Andrews’ best holiday meal picks.

There’s no shortage of holiday recipes for breakfast casseroles and baked goods. But when it comes to making a special holiday breakfast, Andrews likes to stick to an American classic: pancakes.

Plain-old pancakes are delicious on their own, but if you’re looking to take them to the next level — and give them a seasonal twist — Andrews recommends The Daily Meal’s recipe for apple cinnamon pancakes.

He says the flavors evoke the feeling of the holidays, and the cider sauce adds a tasty twist.

“It’s apple-cider season and all of the farmers markets and other markets have really good cider right now, so this takes advantage of that,” he says.

A new take on Turkey: Lobster anyone?

Turkey is a tradition for many families’ Thanksgiving and Christmas dinners, but there are other options when it comes to creating a showstopping main dish.

“The great thing about turkey is it’s one of the few things that will serve a large crowd. But if you’re a smaller group or you don’t have enough oven space, a really nice, really well-cooked roast chicken is [an alternative].

Another top choice of his for your big holiday meal? Lobster.

“This will sound strange to some people,” says Anderson about his pick, “but lobster was almost certainty, from what we know, one of the foods that was eaten at that famous first Thanksgiving. They were in coastal Massachusetts and shellfish is something Native Americans ate a lot of … It really has some kind of history with the holiday.”

Plus, it’s festive and is a dish reserved for special occasions — making it a perfect protein for the holidays.

“Not that this every happens, but if you have family members who are a little less agreeable than others, sometimes getting in and having to crack open a lobster and getting it all over yourself — it all kind of breaks the ice and makes things a little more fun,” Andrews adds.

Save the pie for a midnight snack: Let citrus shine at dessert

It might be hard to deviate from the traditional pies during the holiday season, but Andrews says a rich dessert isn’t always what guests want after a culinary marathon.

“When you’ve finished a big Thanksgiving meal or Christmas dinner, you might not be as hungry as you would after a simple dinner, so maybe you want something a little lighter.”

That is why Andrews recommends a citrus fruit salad with mint as a satisfying substitute. “The winter is the best time for citrus fruit such as oranges and grapefruit,” he adds.

Glazed fruit with ginger is another idea, which Andrews says will even help with digestion.

Leftovers? Not a problem

Holiday leftovers don’t need to be relegated to the microwave or sandwiched between two pieces of white bread (although that is a delicious idea) — they can take on a new life on their own.

One of Andrews’ favorite ways to use up leftovers is to throw them into a crowd-pleasing favorite: mac-and-cheese. Andrews says there’s no need to limit mac-and-cheese additions to bacon and sausage. Turkey, stuffing, peas and even a dollop of cranberry sauce, make for a hearty and cheesy pasta casserole.

For a morning-after meal, turn your holiday stuffing into a hash and serve it with eggs. 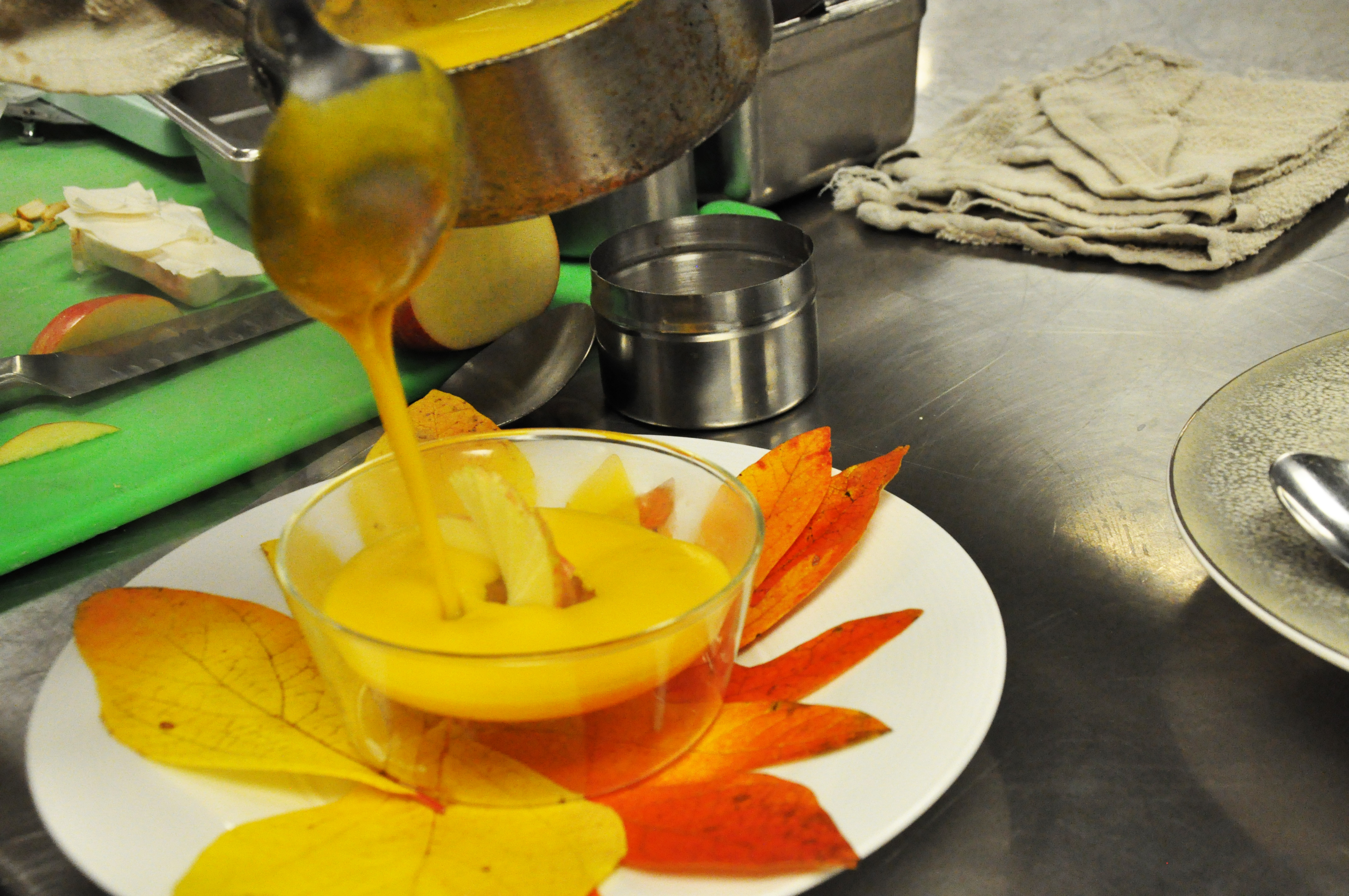 Make vegetables the star of your Thanksgiving — or Monday night — dinner