Get ready for Turkish Restaurant Week — and lots of eggplant 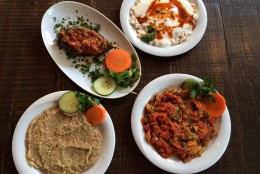 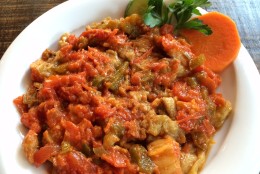 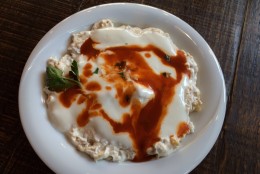 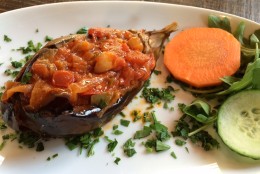 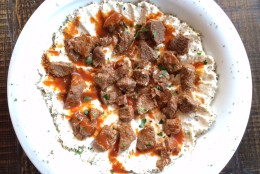 WASHINGTON — Summer Restaurant Week has come and gone, but just because those prix fixe meals are on hiatus doesn’t mean your taste buds need to take a break. In fact, now is the perfect time for them to become experts — in Turkish food.

From Sept. 12 through Sept. 20, eight restaurants in D.C., Maryland and Virginia will celebrate the seventh annual Turkish Restaurant Week.

For nine days, these restaurants will run lunch and dinner specials to highlight the country’s diverse culinary culture.

In 2014, Washington City Paper’s readers recognized the week as the city’s best culinary event — and for good reason. For under $40, you can get a four-course taste of the third most popular tourist destination in the world, all without leaving your hometown.

Not familiar with Turkish food? Erin Gorman, co-owner of Ankara, says the cuisine uses many of the same ingredients as other Mediterranean and Aegean regions, so expect lots of olive oil, yogurt, tomatoes, onions, peppers, meats and cheeses.

Another ingredient common on Turkish menus — from meze to the main course and even dessert — is eggplant.

“Eggplant has a really special place, partly because it is so versatile,” says Gorman, who opened Ankara with her husband and his family in May in Dupont Circle.

Gorman says she doesn’t know when or how Turkey’s love affair with eggplant began, but she suspects the spread of the Ottoman Empire and the country’s mild agricultural climate both played a role in producing and popularizing the vegetable.

Turkish eggplants are different from the types with which most Americans are familiar. They’re smaller, denser and more flavorful.

“Because of that, you can roast them and turn them into any sort of cream-based dish, or you can fry them and serve them with fried peppers and zucchinis in the middle of the hot summer, covered in yogurt,” Gorman says.

Tiny eggplants have a texture and absorbency similar to figs, so this variety is common in jams and a sweet dessert that’s made with simple syrup, lemon and orange rind.

“[Eggplant] really does stretch across every course you could possibly have.”

In the iconic Turkish dish Imam Bayıldı, eggplant is fried and stuffed with a stew of tomatoes, onions and garlic and served cold.

“[Imam bayıldı] literally translates into ‘the Imam fainted.’ Why he fainted, we don’t know. Perhaps because the dish is so good, but there’s also the story that he fainted when he found out how much olive oil was needed to make it,” Gorman says.

Eggplant takes on an “unbelievably light, fluffy and creamy texture” when it is smoked, puréed and topped with sautéed lamb cubes in the entree ali nazik.

For those new to Turkish food, Gorman also recommends köpoğlu (roasted and puréed eggplant that’s served with a yogurt-garlic sauce and topped with a buttered paprika) and shaksuka (diced, sautéed eggplant, peppers and tomatoes).

“I think it is a good idea for people to try out eggplant, particularly in Turkish cuisine, because really poorly treated eggplants are terrible. They’re rubbery, they’re not interesting, they absorb all their oil, but eggplants done right are just fabulous,” she says.

You can get your fill of eggplant at Ankara during Turkish Restaurant Week, as well as other participating restaurants like Agora, Ezme Restaurant and Wine Bar and José Andrés’ Zaytinya.

Just be sure to save room. Following Turkish Restaurant Week, Ankara will highlight Turkey’s growing wine industry with half-price bottles of Turkish wine. Plus, food will be a major focus at the annual Turkish Festival from 11 a.m. to 7 p.m. on Sept. 27. Pack your appetite.

Get creative in your own kitchen: The folks at Ankara offer up a recipe for Imam Bayildi:

Peel eggplant in long length-wise strips (so it looks like a wide-stripped suit). Sprinkle with salt and set aside for 30 to 45 minutes. Rinse with water and gently squeeze or pat dry.  Don’t squash your eggplants.

In a few tablespoons of olive of oil, fry the eggplants until they reach a golden or light-brown color all over and then set aside.

Gently cook the onions and garlic in the olive oil over medium heat. You want them soft, not caramelized.  Add tomatoes and cook for another five to seven minutes.  Add in parsley and salt (to taste), then remove from heat and let cool.

Preheat oven to 375 degrees.  In a shallow baking dish, place eggplants.  Open a slit in each eggplant, being careful not to slide them through.  Stuff each eggplant until you have used all the filling and sprinkle all the eggplants with olive oil, about 3 to 4 tablespoons.

Place about 1 cup of hot water in the bottom of the pan (don’t pour it over eggplants), cover dish and bake 1 hour until eggplants are tender and most of the liquid is gone.

Serve at room temperature with parsley and lemon garnish. 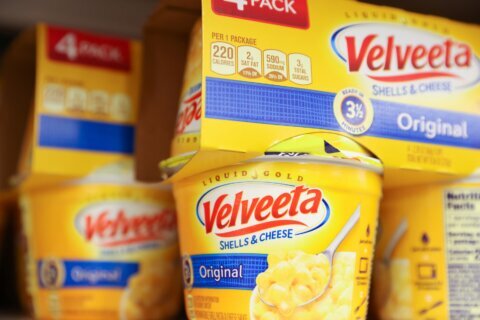