Chefs, restaurateurs team up with artists to enhance dining experience

More chefs are throwing out their traditional white plates and are throwing clay instead. It’s all part of an effort to enhance the overall dining experience.
Listen now to WTOP News WTOP.com | Alexa | Google Home | WTOP App | 103.5 FM
(1/10) 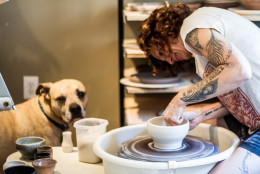 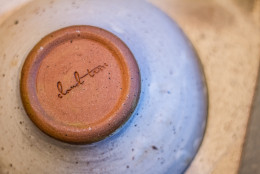 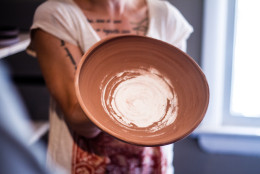 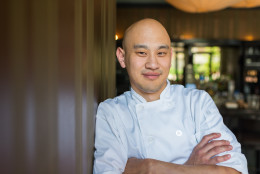 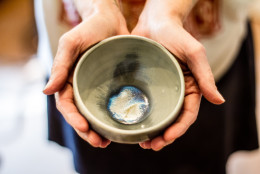 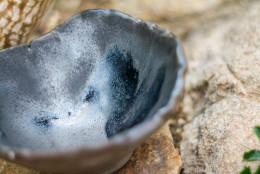 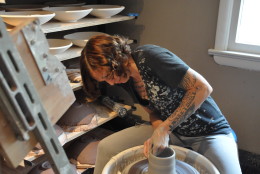 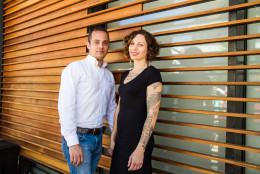 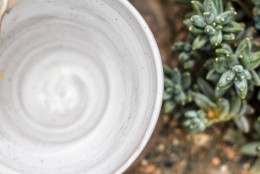 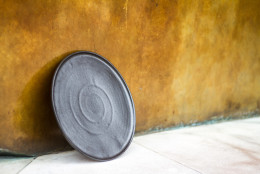 WASHINGTON — When The Shaw Bijou opens later this year, the fine-dining restaurant will feature a 15- to 18-course tasting menu, carefully prepared by a chef who has worked in some of the nation’s best restaurants. But owner Kelly Gorsuch wants guests to experience more than the food.

Gorsuch and his business partners are designing custom furniture and lighting for the 32-seat space on 9th Street Northwest. No detail in the décor is being overlooked — down to the door knobs and the glassware.

“We want to not only make a beautiful space, but we want it to have a nice tactile feel for the guests,” Gorsuch says.

To build on this desired interaction between the restaurant’s physical space and the guest’s dining experience, The Shaw Bijou is customizing a line of tableware from the Arlington, Virginia-based business Cloud Terre.

Gorsuch is a firm believer that even the look and feel of a salad plate can impact a meal.

“If it’s a generic porcelain, it’s going to be a different experience for them than something that’s clearly custom-made and made with great materials,” he says.

Amber Kendrick has been working with chefs and restaurateurs like Gorsuch since 2009, when she first started Cloud Terre. The former architect left her desk job to open a multidisciplinary design studio, but her focus took a detour when her mother, a ceramic artist, introduced Kendrick to the pottery wheel.

“It was love at first sight. I got my hands in the clay and I was sold,” says Kendrick, who started working with local chefs and restaurant owners right away.

“That was the first step. I kind of slipped in the back door, literally right into the kitchen.”

It’s there where Kendrick works side-by-side with chefs, going over everything from the style and flavors of the food to the ambience of the space. Then she determines how tableware can enhance both.

Kendrick plays with color theory to make a dish pop. For example, the chefs at The Shaw Bijou are planning a beet dish for the dessert menu, and Kendrick is working to compliment the natural red colors of the beet with a teal green-glazed plate.

“It’s a little shocking,” Kendrick says about the color of the plate. “And yet, you put something red on it and visually, you consume it in a very different way.”

Another detail Kendrick manipulates is the way in which something is held — whether it’s a handle on a mug or the body of a bowl. Constructing a soup bowl that’s deeper and has curved edges, she says, makes it more intimate and comforting to hold. Plus, it directs the aromas of the soup toward the nose and mouth of the diner, making eating a full-sensory experience.

“It’s all about subtle design details that really pronounce the way we get to experience the food.”

For Chef Tim Ma, handcrafted tableware goes hand-in-hand with his food philosophy. The head of Water & Wall and Gather + Feast says he puts thought into where he sources his ingredients and the preparation of his dishes, so his tableware should be the same.

Kendrick says this mentality is common among her clients. “If everything is locally sourced, why not locally source your tableware as well?” she says.

Ma, who is working with Kendrick on a custom line of dishes for his first D.C. restaurant, slated to open later this year in Shaw, says tableware can also help “tell a story.”

“Which is what we’re trying to do with food at the same time,” he says. “Every piece that [Cloud Terre] makes has a story to tell, and every piece of theirs is made by hand and it’s not just coming out of a machine … and I really appreciate that.”

Ma doesn’t deny that presentation also played a role in his decision to work with Kendrick. Diners eat with their eyes first, he says, so overall appearance can make or break a dish.

“A white plate is a great blank canvas and it makes the food stand out, but I think when you start to put [food] on a plate specifically made for you or made for that dish or made for your cuisine, it will show something to the diner,” he says.

A plate, cup or bowl can also change the way a diner consumes a menu item. This is something with which the owners of The Shaw Bijou are experimenting.

“We care very much about the function of the food, but we’re adding some theatrics to it,” Gorsuch says. “We’re actually creating [tableware] to force you to eat the food a certain way. So [the food and the tableware] will interact seamlessly at the end of the day.”

From sketching the prototypes to designing the product and putting it in production, Kendrick completes the entire process in-house — quite literally. Her two pottery wheels are in her townhome’s spare bedroom, and her kilns are in the backyard shed. In 2014, her partner Ernie Niblack joined in to help Kendrick run the growing business.

The number of restaurants in the D.C. area has dramatically increased in the last five years, and so has Cloud Terre’s client list. Kendrick and Niblack work with everyone from Tarver King of Patowmack Farm, to chef Johnny Spero and the Neighborhood Restaurant Group. They’ve also added clients outside of the D.C. area, including Morimoto in Orlando, Florida, and Makoto in Panama City, Panama.

Kendrick says mixed-media artists and potters have long worked with chefs and restaurants, but she’s seen a recent shift in the number of culinary professionals valuing the full experience, and not just the food, when it comes to dining.

“From the moment a diner walks in, it’s noticing all those details,” Kendrick says. “It’s not just about sitting on a cold chair and having a white plate with some food on it; it’s the entire aesthetic experience — all of the senses come in. And I think that’s what diners are looking for.”

With new projects coming in everyday, Cloud Terre owners Amber Kendrick and Ernie Niblack have outgrown their workspace in their Arlington home. The two recently launched a Kickstarter campaign to help Cloud Terre secure a larger production and retail space in D.C.

With the new space, Kendrick, who spends between 12 to 14 hours on the wheel a day, says she could hire employees within the community and train them on ceramics. She also plans to sell some of her plates, bowls and vessels to the everyday consumer.

Check out some of the rewards for pledges on Cloud Terre’s Kickstarter page. 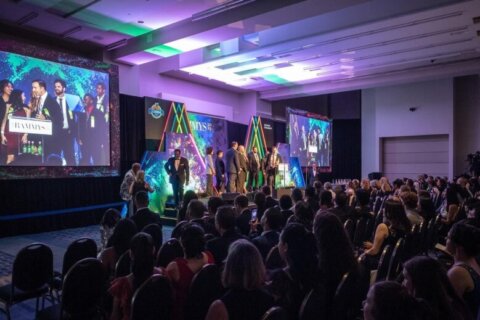