Despite Virginia's craft beer boom, beer making has remained relatively dormant in the Middleburg area – that is, until now. A popular winery and pizza shop is adding a brewery to its operation.
Listen now to WTOP News WTOP.com | Alexa | Google Home | WTOP App | 103.5 FM
(1/14) 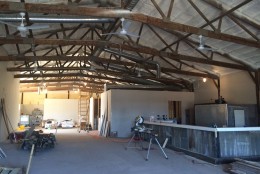 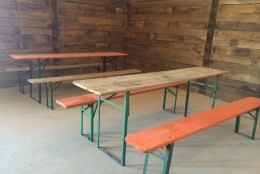 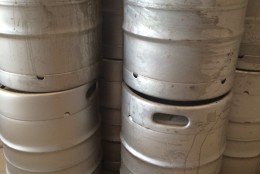 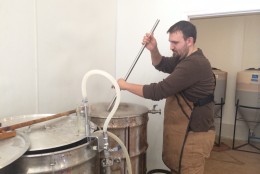 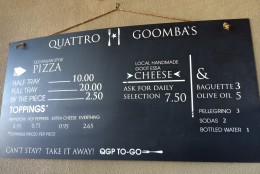 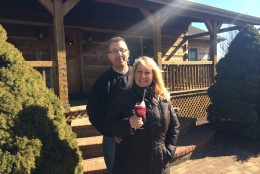 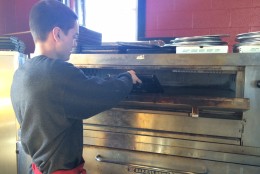 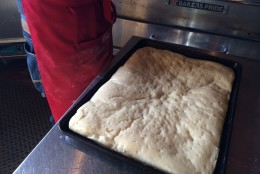 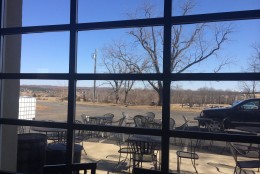 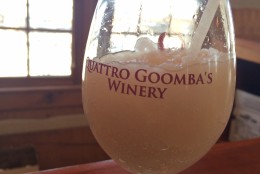 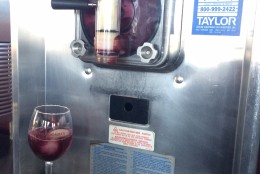 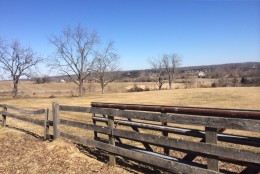 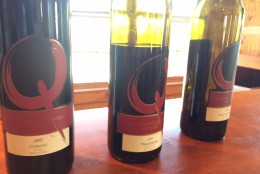 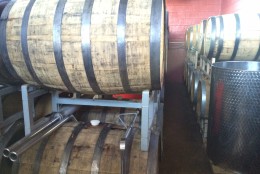 WASHINGTON – The craft brewing business is booming in Virginia, with the number of breweries in the state nearly doubling between 2011 and 2014. But in the Middleburg area, beer making has remained relatively dormant – that is, until now.

Popular winery and pizza shop, Quattro Goomba’s, is expanding its operations to include beer with the addition of a 6,000 square-foot brewery, opening at the end of this month.

“We’re kind of isolated as far as beer goes in this area,” says the business’ head brewer Brandon Flanigin. “Other than Mt. Defiance [a Middleburg-based cidery], I guess we’re kind of the first ones to deviate from the wine-only idea around here.”

Jay DeCianno, who owns Quattro Goomba’s with his wife, Jody, and another couple (“Quattro Goombas” literally means “four pals” in Italian),  says getting into the brewing business seemed like a natural next step for the winery, which opened in 2009. After all, their business is built on the idea of making everything and anything from scratch.

Jay first experimented with winemaking in 2005 when he made a barrel of a red blend in the basement of his home, using his grandfather’s secret recipe. What was intended to be a one-time project quickly turned into a small production business, and eventually a winery that overlooks the foothills of Virginia’s horse country.

“Literally in one year, one barrel turned into 200 cases. I think at that point, I started realizing behind the scenes that ‘Oh my gosh — this might be turning into more than just a hobby,’” says Jody DeCianno.

A few years after opening the winery, the DeCiannos added a pizza shop to the premises, where Jay serves up his homemade Sicilian-style pizzas. He even makes the baguettes on the tasting room menu from scratch.

So when long-time employee Flanigin expressed interest in brewing, Jay said, “Why not?”

“It just kind of fit with what we’re doing; it’s a craft thing,” Jay says.

The brewery, which will open only on Saturdays at first, will seat 100, both at the bar and on benches that were imported from Germany’s Bavarian beer festivals. Outdoor seating will also be available in the warmer months.

The sizable space is constructed from reclaimed metals and wood from a former barn on the property. Drafts will be listed on a giant chalkboard that hangs above the concrete-top bar.

Currently, Flanigin is working on a number of things he hopes to put on that board in a few short weeks, including a milk stout; a Belgian double, a rye imperial IPA, a saison with rye and wheat, a black IPA and an imperial brown ale.

“As we get closer, we’re going to have a better idea of what’s going to be ready [for the opening] and what’s not,” he says. “We’re coming up on spring and summer, so definitely a kolsch is coming and hopefully some experiments with some fruit, like a raspberry wheat, that type of thing.”

Flanigin is brewing on relatively small equipment for the size of the space, producing about 45 gallons of beer for each brew. He says eventually, he’d like to get some bigger equipment for the brewery to make about 300 gallons per brew.

And while the brewery is on the winery’s property, Jody says it will operate as a separate business, with its own designated area for customers. That’s not to say one can’t visit the brewery first and then walk next door for a wine tasting or a pizza.

The wine list at Quattro Goomba’s is a mix of Virginia, California and Chilean wines. The DeCiannos have 100 vines planted on the property, and grow three varieties of grapes on land just down the road. Twice a year, they have fruit shipped from both California and Chile.

And while there are a number of unique blends on the tasting list at Quattro Goomba’s, one of the more popular pours is that of Vino Di Nonni, which translates to “grandfather’s wine” – the DeCianno family recipe.

When warmer weather comes around, Jody says, it’s hard to resist the winery’s homemade frozen sangria, which they make in both red and white. The drink is mixed in an industrial-size frozen smoothie machine to achieve the ideal consistency.

But until the region’s cold steak breaks, patrons at Quattro Goomba’s can warm up with a glass of wine by the fire in the tasting room of the log cabin, or with a pizza and a bottle of red in the wine production room. And on Saturdays, starting Feb. 28, a pint or two in the new brewery might be enough to shake the winter blues – at least for a few hours.