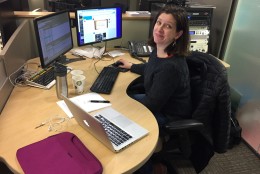 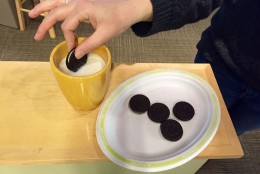 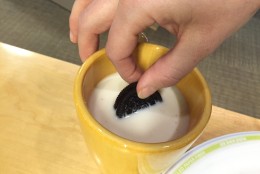 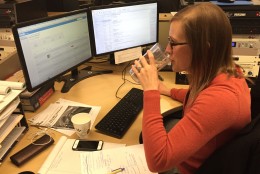 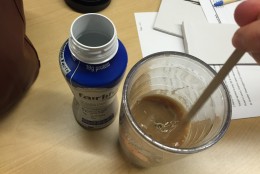 Fairlife milk has more protein, more calcium, and less sugar than standard milk — and costs twice as much.

But how does it taste? And is it worth it?

Time for a WTOP taste test.

First, we had to find some of the milk, which is in the process of being rolled-out across the country.

A 52-ounce bottle of Fairlife product was sold in an Indianapolis supermarket for $4.59. The national average cost for a half-gallon of milk, which is 64 ounces, is $2.18, according to the USDA. For organic milk, the average is $3.99.

We were able to find a smaller serving at the Target, in Chantilly — the 11.5 ounce serving cost $1.99

And what does a dietitian think?

“Skim milk — cow’s milk — is rich in protein,” says registered dietician Tracy Gensler, whose office is in Chevy Chase, Maryland. “It has 8 grams of protein, and the type of sugar that’s in regular milk is a naturally occurring sugar, so it’s not an added sugar.”

“It’s not something we should be looking to eliminate in our diet,” says Gensler.

She hasn’t tasted Fairlife, but Gensler wouldn’t be surprised if it becomes popular.

“Taking away some of the naturally-occuring sugar and adding some protein, it’s certainly going to be appealing to people, but it’s not something you necessarily need to do,” she says.

Choosing healthy foods as part of a balanced diet would be more effective, and less expensive, than Fairlife, says Gensler.

Fairlife says its milk goes through a filtration process, similar to how skim milk is made, which results in a drink that is lactose free, and has 50 percent more protein, 30 percent more calcium, and 50 percent less sugar than regular milk.

“People are sometimes looking for lactose-free milk because of digestive upset that can occur,” says Gensler. “Most people that are lactose intolerant can tolerate a little bit of lactose.”