‘Proud to be a teacher’: 3 educators excited to start in Fairfax Co. 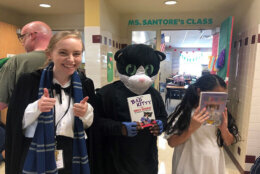 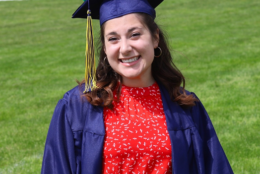 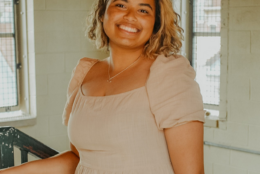 Ava Minutello is spending the final weeks of summer break scrolling on Pinterest.

Entering her first year teaching Latin at McLean High School in Fairfax County, Virginia, Minutello is using the site as inspiration for classroom decorations. She’s also been sorting through notes, lesson plans and textbooks to prepare for the first day of school on Aug. 22.

Christiana Edinborough, entering her second year as a math teacher in the county, is reviewing school materials on Google Drive and reading professional development books. She’s currently reading “The First Days of School: How to Be an Effective Teacher” and envisioning how she wants her classroom to look.

Minutello and Edinborough are among the newest teachers in Virginia’s largest school system, and are starting at a time when staffing challenges are making headlines. The county had hundreds of vacancies at the end of the last school year, but 97% of staffing positions have been filled as of last week, Superintendent Michelle Reid said.

While some educators left the system citing pandemic burnout, others, like Minutello and Edinborough, are excited for the new school year to start.

“The teachers who are in it still, that today are teaching in Fairfax and other districts around the country, they’re in it for the kids,” said Taylor, who’s also entering her first year teaching fourth grade at West Springfield Elementary. “They’re in it because they want to make a difference. This is not an easy job.”

Minutello, a Pittsburgh native, said she knew she wanted to teach Latin since high school. After receiving a master’s degree in foreign language instruction from the University of Pittsburgh, she explored opportunities in the D.C. region, where she dreamed of one day living. It was clear McLean High would be a fit while she was interviewing for the job, she said.

Few people ask specific questions about teaching Latin, she said, but the principal and staff in McLean were more interested and engaged than usual. She said she views starting her teaching career in the midst of a pandemic as an opportunity.

“I can tell that so much has changed and the expectations for students and teachers are all changing,” Minutello said. “That can be scary for teachers that have been working for a long time … The benefit of being a first-year teacher at this time is, I have not experienced teaching before COVID times.”

Edinborough, who grew up in Trinidad and Tobago, was inspired to pursue a career in education by her college professors. She was particularly struck by her community college calculus teacher, who gifted her a graphing calculator after noticing she used a four-function calculator for assignments.

When Fairfax County was seeking tutors, she worked with students through the EduTutorVA program while she attended George Mason.

The pandemic, Edinborough said, motivated many teachers to learn their students’ stories. During her internship at Lake Braddock Secondary School, teachers spent the first week-and-a-half of school getting to know their students.

“Everybody wants to care for their students and get to know them and know their stories and just make them feel welcome again in school, because they were out of school and they came back, and they just didn’t know how to interact with each other, how to socialize or do any of that stuff,” Edinborough said.

Taylor, meanwhile, decided to become a teacher after over a year in a marketing job. She taught sixth grade for three years in Texas, and started interviewing for jobs in Virginia when her husband’s job prompted them to relocate.

Taylor said she was blown away when West Springfield Principal Kelly Sheers asked her things like where she was planning to live during the interview. This week, she’s likely going to visit her classroom again and hopes to get her computer set up, so she can do color printing and put posters up in the classroom.

In the final days of summer break, she’s trying to create enough bookshelf space for the books she brought with her from Texas.