Police in Fairfax County shot and killed a man who they said refused to put down a gun outside a mall in Springfield, Virginia.
Listen now to WTOP News WTOP.com | Alexa | Google Home | WTOP App | 103.5 FM
(1/3) 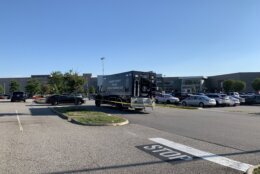 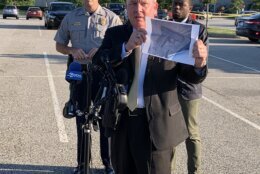 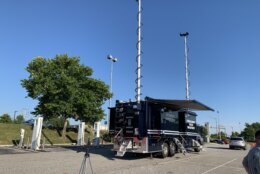 Police in Fairfax County shot and killed a man who they said refused to put down a gun outside a mall in Springfield, Virginia.

Fairfax County police have not yet named the 37-year-old man, as they are waiting to notify his relatives. They said the man was wanted over an incident that happened Sunday, after police said he stole a handgun from a family member in Fairfax County, fired the weapon inside the house, and fled on foot, Deputy Chief Brian Reilly, with Fairfax County police, said Thursday night.

“Since Sunday, our fugitive warrant squad has been tracking this 37-year-old gunman,” Reilly said.

Police received a tip that the man would be at the Springfield Town Center Thursday afternoon. Officers working the Summer Crime Initiative, who received a picture of the man and a lookout vehicle, saw the man and the car around 4:30 p.m.

The man jumped back in his parked car. That’s when officers approached and started to give commands for him to show them his hands and drop the gun “at least 20 times,” Davis said.

Police reviewed the officers’ body camera footage and said that at least one of the officers yelled out that he could see a gun in the man’s hand. Davis said all three officers were wearing their body cameras and were in full uniform.

The officers kept telling the man to drop the weapon, and after he did not, two of three officers discharged their weapon, striking the man, Reilly said. No officers were hurt.

Police then smashed the window of the man’s locked vehicle, pulled him out and gave him first aid. He was taken to the hospital where he was pronounced dead. Police found a “semi-automatic pistol” at the scene.

Springfield Town Center is open, but visitors should use entrances and exits near Loisdale Road; there is no threat to public safety, police said.

From helicopter footage, the parking area near the Target showed police tape, where a large police presence gathered.

This shooting comes less than two weeks after a shooting inside Tysons Corner Center. 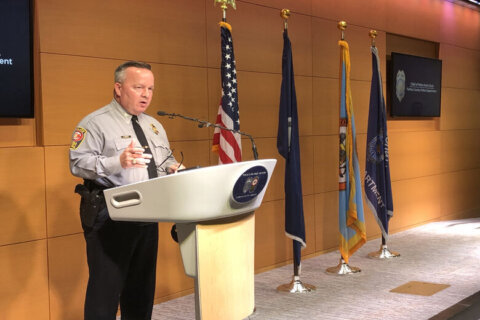