Fairfax County police are seeking a D.C. rapper in connection with Saturday’s shooting at the Tysons Corner Center mall in Virginia.

A law enforcement source told WTOP on Sunday that 22-year-old Noah Settles, a District resident, is sought on charges of attempted malicious wounding, discharging a weapon into an occupied building and use of a firearm in commission of a felony. 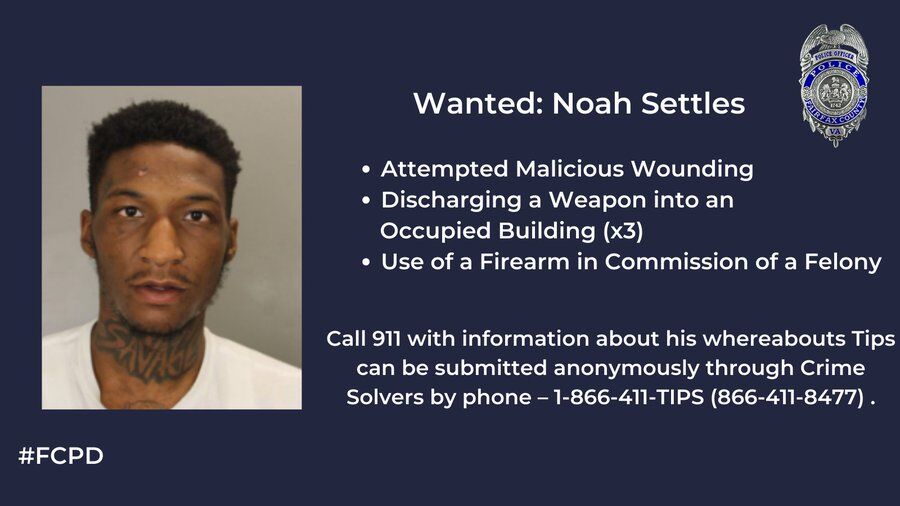 WTOP has confirmed that Settles is also known as D.C. rap artist “No Savage”, and has roughly 148,000 monthly listens on Spotify.

Surveillance footage reviewed by police showed a man, believed to be Settles, brandishing a firearm within the mall around the time of the shooting.

Police allege Settles was involved with an altercation between two rival gangs and fired multiple rounds. He then fled the mall in a black Cadillac with D.C. plate number GK0174.

Police warned Settles is considered armed and dangerous. Anyone with information on his whereabouts is advised to call 911. Tips can also be submitted anonymously at 1-866-411-8477.

On Saturday afternoon, shoppers and employees at Tysons Corner Center fled the mall in a panic, or used shops to shelter in place after shots were fired and emergency alarms were sounded. Some of the initial panic was captured by users on Twitter:

Though no one was injured by the gunfire, at least three people were treated for other injuries that occurred while fleeing the mall, according to county police.

After suspects fled the scene, the mall remained under lockdown as law enforcement collected evidence, interviewed witnesses and made sure people who had sheltered inside the mall were able to leave safely.

Tysons Corner Center reopened to the public around 11 a.m. on Sunday.

“We’re always fortunate if there’s not an injury, when shots ring out inside of a shopping center here or anywhere else in America, and no one suffers a fatal or a nonfatal gunshot wound,” Fairfax County Chief Kevin Davis said. “What’s not a good thing, is that it happened.”

Davis said that, after recent shootings in Buffalo, New York, and Uvalde, Texas, police training for these kind of events has increased.