John Tilghman “Til” Hazel Jr., an attorney and Northern Virginia real estate mogul who developed Tysons Corner and changed the landscape of Fairfax County, died Tuesday at his home in Broad Run. He was 91.

Hazel was born in Washington, D.C., in 1930, grew up in Arlington and went to Harvard University, where he earned a history degree in 1951 and a law degree in 1954. He served with the U.S. Army’s Judge Advocate General’s Corps, then joined an Arlington law firm, where he helped obtain land to build Interstate 495.

After working with the late Gerald Halpin to rezone land for Tysons’ redevelopment, Hazel founded his own law firm, which in 1999 merged with Reed Smith.

Hazel helped companies develop both major shopping malls in Tysons and in 1971 founded Hazel/Peterson Cos., which developed residential and commercial projects throughout the county.

His family used to own a dairy farm in McLean and during a business gathering in 2018, Hazel told how his father in 1939, anticipating World War II and having survived food shortages in World War I, decided to ramp up production on the farm.

Fairfax County was decidedly rural when the Hazel family arrived — “Tysons Corner was a two dairy farms, a stone quarry and a beer joint,” he said — but during the 1960s there arose a conflict between residents who opposed encouraging more people to live in the county and those who wanted the local area to grow and prosper.

Hazel and his law partner decided that dealing with the politicians was a waste of time and instead pursued litigation to allow development to occur.

“The county had tried to shut down most everything,” Hazel said in 2018. “The only thing that we didn’t succeed in doing was keeping the transportation plans on the map.”

Hazel was also a major patron of George Mason University beginning in the 1950s, and was a driving force in the school’s “fight to establish its Arlington law school,” Virginia Business magazine reported.

In 1989, Hazel led the acquisition and reorganization of Flint Hill Preparatory School in Oakton, reopening as the Flint Hill School the next year serving kindergarten through 12th grade on a new campus now known as Hazel Lower School. In 1998, he led the effort to purchase and develop a separate Upper School Campus, which opened in 2001.

“Til had faith, drive and belief to make Flint Hill School happen. Without him, Flint Hill would not be the leader in independent school education it is today. He understood that Fairfax County needed a great school for its citizens,” former Headmaster Tom Whitworth said in a tribute on the school’s website. 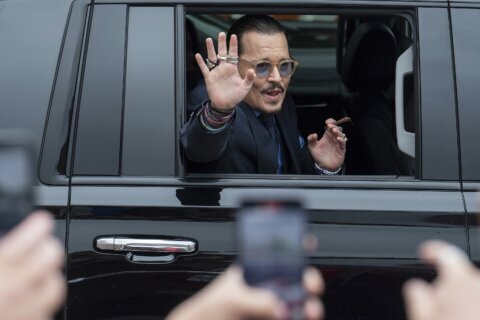