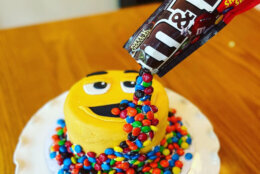 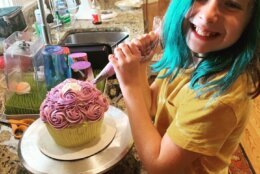 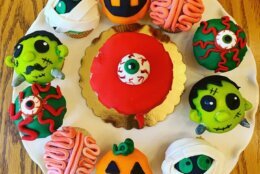 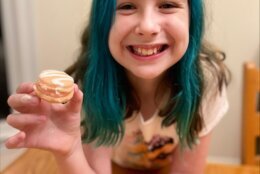 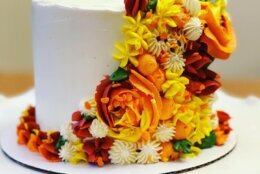 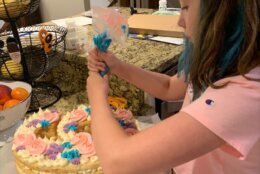 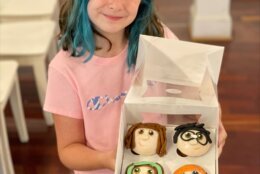 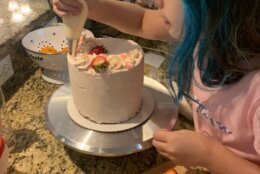 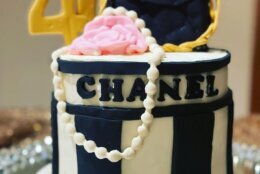 When the COVID-19 pandemic forced meetings to be held virtually, Kelly Sheers created a system to ensure her four kids knew when they were able to interrupt her.

The Fairfax County, Virginia, elementary school principal laid out red and green cups and would flip one to indicate whether she was available. But on one spring 2020 occasion, Sheers was in a staff meeting and forgot to flip the red cup.

Her daughter Finley, a fourth grader at Churchill Road Elementary School, used that opportunity to ask if she could bake. Not expecting to be interrupted, Sheers jokingly urged Finley to avoid burning down the house, but to do whatever she wanted as long as she promised not to interrupt the meeting again.

With the pandemic preventing frequent trips to the grocery store, Finley used the baking items in the pantry: boxed kits for cornbread and vanilla cake. The creative freedom piqued the novice baker’s interest.

What started as a pandemic hobby has evolved into a small business for Finley, who estimates she has completed 20 orders to date, including cakes, cupcakes and cookies. Her skill caught the attention of the Food Network, which offered her the chance to compete in its Kids Baking Championship, premiering Dec. 27.

“It’s just really fun,” Finley told WTOP of her newfound passion. “You can explore all these different flavors and techniques to use. And I really like decorating things.”

After running out of boxed mixes in about a week, and without any veteran bakers in her family, Finley went online to search for cake and cookie recipes. She called her first original creation a COVID cake — a vanilla cake with vanilla frosting, which she felt “was a little boring,” so she used sprinkles on the cake in the shape of a mask, and gel food coloring to make the eyes and nose.

“It really looked like someone was wearing a mask,” Finley said. “Half the nose was just under the mask, and half the nose, you could see.”

She and her mom also took several baking classes at Fran’s Bakery in Northern Virginia, one of which resulted in a prize for the top creation. A chef also gave Finley permission to take a piping class, typically open to just adults.

Finley used that knowledge to expand her skill set, helping her, in one case, to craft a cake that looked like an M&M with M&Ms pouring into its mouth, and another that looked like a Pokémon character that exploded with sprinkles when someone cut into it.

“She has really grown her ability, and is a very talented baker and decorator,” Sheers said. “She always has been an artist … this is the perfect way for her to show her creativity through something that, clearly, she has found to love — which is baking.”

Earlier this year, Alston scrolled past an online post about the Food Network competition and encouraged Finley to apply. After a series of interviews, she was selected to participate in the summer taping, which she described as a daunting task, because it was the first time she used an electric stovetop.

Without revealing too much ahead of the winter premiere, Finley said, “I felt pretty good about how everything turned out.”

Finley, who said she prefers baking on weekend mornings so there’s no pressure to finish before going to sleep, has expanded her audience. She is now accepting orders on her Instagram account.

A recent five-dozen cupcake order was the 10-year-old’s biggest to date, and she baked four cakes last week for Thanksgiving. One that looked like a turkey made its way to Fairfax County Public Schools Superintendent Scott Brabrand.

While Sheers is rarely the beneficiary of Finley’s baking because of a gluten allergy, Finley recently called her at work and said a surprise was waiting at home. Homemade macaroons, which Finley said are among the most difficult things to bake, were waiting, making that one staff meeting interruption worth it.