While most theaters have stopped live shows, a group in McLean, Virginia, has shifted their focus from creating shows for a big audience, to creating a show that comes right to car windows.
Listen now to WTOP News WTOP.com | Alexa | Google Home | WTOP App | 103.5 FM
(1/4) 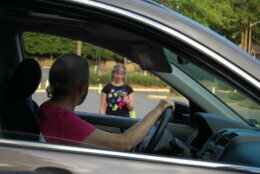 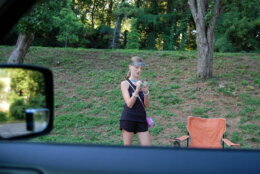 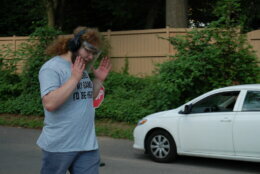 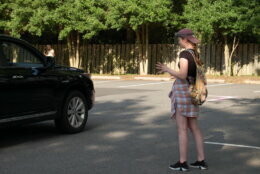 While most theaters have stopped live shows, a group in McLean, Virginia, has shifted its focus from creating shows for a big audience, to creating a show that comes right to car windows.

“What would people in pre-Internet times do if the same situation came up?” asked Andrew Scott Zimmer, writer and director of the drama “Small Change.” He said that’s the question the group answered by coming up with a drive-through play.

The idea was to bring safe theater to the community during the pandemic, but in a way that people could still get out of their houses.

The audience drives through in their cars to each actor and actress to hear the show, which follows the journey of a $1 bill as it interacts with the characters.

It sold out its first two weekends so they added on this weekend. The show closes on Sunday.

“Just to be out and about experiencing something in the same place with our cast and crew it’s just been so refreshing and overwhelming,” Zimmer said.

Van Hook said she usually doesn’t get to interact with the audience much when they are coming and going from the theater before and after shows.

But during this drive-through theater experience, she said that she has been able to interact with the audience in their cars as they leave the show.

“It’s been amazing to see this idea that I had a few weeks ago come to the point of moving someone to tears in their car in a parking lot,” she said.

The show runs in socially distant intervals between 6 and 8 p.m. on Sunday.