The Fairfax County School Board has unanimously voted to change the name of Robert E. Lee High School in Springfield, Virginia, on Tuesday.

A community meeting and a public hearing will be held next month, before the school board votes July 23 on a new name that will go into effect for the 2020-2021 school year.

“The Confederate values are ones that do not align with our community,” said Board Vice Chair Tamara Derenak Kaufax, who made the motion calling for a vote to change the name. “I have seen the pain and the hurt that these names have inflicted on friends and colleagues and community members.”

Board member Karen Keys-Gamarra, who seconded the motion, said the change should have happened a long time ago.

“It represents our failure to truly recognize our neighbors and to respect their humanity,” she said.

Students spoke out during a public online hearing Monday night ahead of Tuesday’s vote, with many saying they felt shame and disgust attending a school named for the Confederate general.

“The name is, in all honesty, an embarrassment to the many students that attend Lee High School, the 80% minority population that goes to that school every day,” said Kimberly Boateng, the student representative for the Fairfax County School Board.

Some students registered disgust with seeing the portrait of Lee in the school lobby. Others lamented that their diplomas bear the name of the Confederate general.

The school board voted in 2017 to remove the name of another Confederate general, J.E.B. Stuart, from a Falls Church school now named Justice High School. 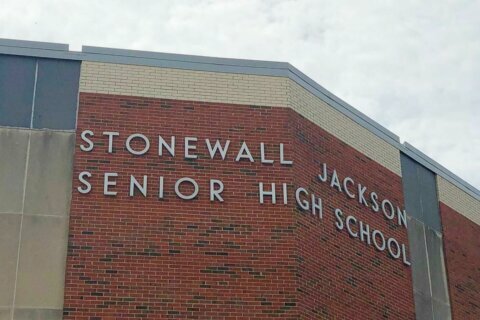