Officials in Fairfax County, Virginia, say the massive fire over the weekend that gutted a large development project off North Kings Highway caused more than $48 million in damages and was accidental in nature.

Officials in Fairfax County, Virginia, say the massive fire over the weekend that gutted a large development project off North Kings Highway caused more than $48 million in damages and was accidental in nature.

All told, the Feb. 8 fire destroyed a five-story apartment building that was under construction and 14 town homes, according to an update Thursday from the Fairfax County Fire & Rescue Department.

The fire was caused by smoking materials that had been improperly tossed in a trash chute, fire officials said in the update.

The fire broke out about 9:40 a.m. Saturday in a building under construction in the 2800 block of Poag Street in the Groveton area of Fairfax County. The blaze sent massive billows of black smoke into the air, which could be seen for miles around. The smoke was so heavy it even showed up on the weather radar.

About 150 firefighters responded to the fire, and it took them nearly eight hours to get it under control. Fire officials said because the development was under construction, there were no sprinklers, which allowed the fire to rapidly spread. Windy weather also made the fire difficult to control, firefighters said a the time.

One firefighter suffered second-degree burns and was treated on the scene, according to a fire spokesperson. Another civilian was taken to the hospital with injuries that were not life-threatening.

Slated to open in 2021, plans for the mixed-use “South Alex” development included 400 apartments and retail space, including an Aldi grocery store, according to the developer, Combined Properties Inc.

In a message on its website, the development company says, “We are deeply committed to rebuilding and fulfilling our commitment to this neighborhood. We are also focused on working with the community as quickly as we can to help those impacted by the fire.”

The company’s website also contains insurance contact information for the construction company for the owners of nearby homes and businesses to file claims.

Fairfax County Chair Jeff McKay told WTOP earlier this week construction crews had been working on the five-story apartment building for more than a year. He said the fire would cause a “setback of many months in terms of getting the project delivered.” 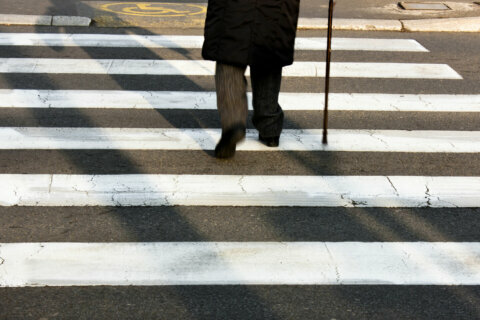