Gun control activists held a candlelight vigil outside the National Rifle Association’s headquarters in Fairfax. Virginia, Monday night in response to mass shootings over the weekend in Ohio and Texas.

Many brought homemade signs with slogans like “Keep the NRA out of Congress” and “Your 2nd Amendment rights are killing us!” Others held up glow-in-the-dark letters that spelled the words “GUN REFORM NOW.”

The event was put together by several groups advocating for stricter gun legislation, including high school students with local chapters of the March for Our Lives.

“We’re here to honor the victims and honor their community, and just put a little pressure on the NRA and Congress,” said Jasmine Nguyen, 16, who leads the group’s Northern Virginia chapter.

Kevin Bergen is with the Northern Virginia Chapter of the Brady Campaign, which has held monthly protests outside the NRA ever since the Sandy Hook Elementary School shooting in Newton, Connecticut in 2012.

“Our government is broken,” said Bergen, referring to Congress. “They’re on vacation now. They should be back here legislating.”

Rep. Jennifer Wexton, a Democrat who represents Virginia’s 10th District, attended the event, where she noted lawmakers can honor victims through action.

The vigil included readings of victims’ names and moments of silence in their memory.

As it came to a close, attendees were encouraged to vote, and some people began chanting: “Vote them out!”

The NRA has released the following two statements since the weekend shootings:

“Our deepest sympathies are with the families and victims of these tragedies, as well as the entire communities of El Paso and Dayton. On behalf of our millions of members, we salute the courage of the first responders and others offering their services during this time. The NRA is committed to the safe and lawful use of firearms by those exercising their Second Amendment freedoms. We will not participate in the politicizing of these tragedies but, as always, we will work in good faith to pursue real solutions that protect us all from people who commit these horrific acts.”

“The NRA welcomes the President’s call to address the root causes of the horrific acts of violence that have occurred in our country. It has been the NRA’s long-standing position that those who have been adjudicated as a danger to themselves or others should not have access to firearms and should be admitted for treatment.” 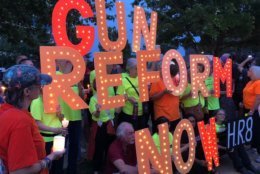 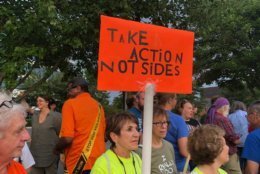 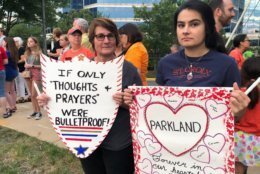 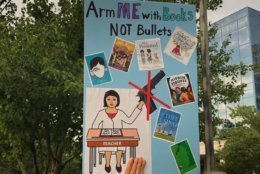 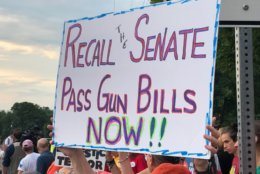