Acting Fire Chief John Caussin said 40 percent of the structure fires in Fairfax County this year have been caused by smoking materials.
(1/6) 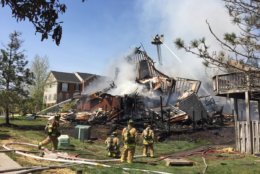 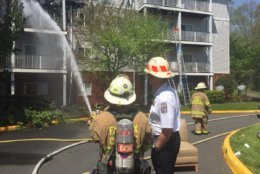 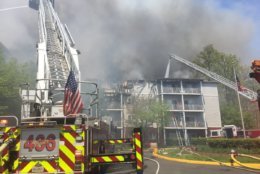 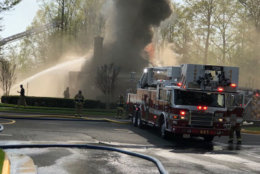 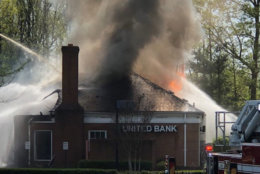 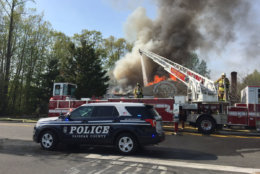 WASHINGTON — After an extraordinary day of fires in Fairfax County, Virginia, fire officials said that at least two blazes on Wednesday were caused by discarded smoking materials and accelerated by the hot, dry weather conditions.

Standing in front of the fire-damaged Forest Glen Senior Apartments on Thursday, Acting Fire Chief John Caussin said they were hardly unusual cases — 40 percent of the structure fires in Fairfax County this year have been caused by smoking materials.

Fire broke out at about 1 p.m. at the apartment complex, on Woodmere Court in Centreville, beginning on the third floor and spreading to the fourth floor and attic, which Caussin described as an “open lumber yard.” Two people were taken to a hospital with non-life threatening injuries and about 75 apartments were evacuated. Some people were carried out. 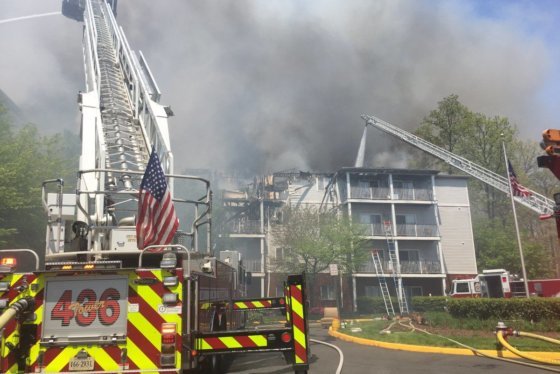 Another fire happened at the single-story United Bank on Fair Lakes Boulevard in Fairfax about 4 p.m., spewing dark smoke into the sky. No injuries were reported.

The chief said that the bank fire was the result of discarded smoking materials in the mulch of an evergreen tree at the corner of the building. Recalling videos of dried-out Christmas trees going up in flames quickly, Caussin said, “That’s essentially what we had.”

On Thursday, firefighters were going back into apartments at the senior complex to retrieve medicines and other essentials. Caussin deferred to the building inspector any questions as to when or whether people could go back in.

Caussin had fire-safety tips to keep in mind:

That’s especially important advice at this time of year, when temperatures go up but humidity is still low. “Springtime is when we have the red flag days.”

And nothing had changed on Thursday: “Today’s still a breezy day,” Caussin said.

At about 1:20 p.m., another fire in Centreville caused a structural collapse as two row houses went up in flames on Watermark Circle. Fire investigators knocked down some unstable brick walls in order to let firefighters in.

Caussin couldn’t say right away what the cause was, but noted that the weather conditions were the same, and added that the houses’ vinyl siding “didn’t help.” At least five units were destroyed and 10 significantly damaged.

Caussin said that the senior fire investigator told him that in 47 years, “He does not recall an afternoon or even a day as remarkable as yesterday.”

The chief praised what he called “all-hands effort” from Fairfax County volunteers and authorities from other jurisdictions, saying teamwork “absolutely” saved lives. 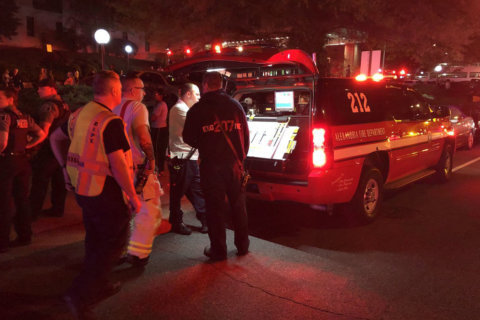 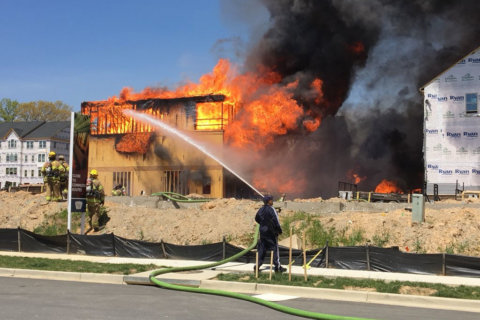 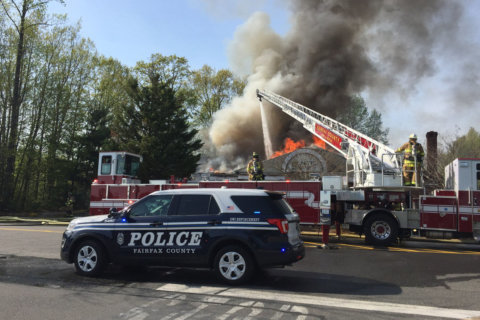