Who stabbed a Fairfax woman in the neck? Police aren’t sure

“My detectives tell me that it was random, and that makes it that much more disconcerting,” said Fairfax County police spokesman Don Gotthardt.
Listen now to WTOP News WTOP.com | Alexa | Google Home | WTOP App | 103.5 FM
(1/3) 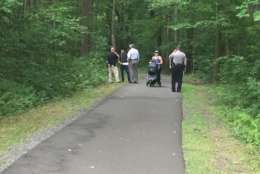 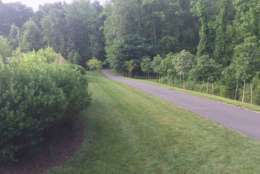 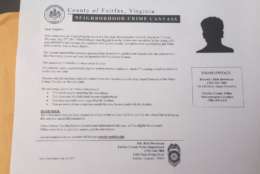 FAIRFAX, Va. — Police were back on a popular wooded trail Friday morning, looking for clues and asking for the public’s help in the same area where a 21-year-old woman was stabbed in the neck Thursday morning.

That attack happened around 7:30 a.m., not too far from where the trail opens up to Vaden Drive in Fairfax County, Virginia. The victim was walking to the nearby Vienna Metro station when she was jumped from behind.

“We have no reason to believe at this point that the victim and suspect knew each other,” said Fairfax County police spokesman Don Gotthardt. “My detectives tell me that it was random, and that makes it that much more disconcerting.”

That’s why police were handing out flyers to everyone who was biking or walking past, whether it was seniors out for a morning walk or a mother pushing a stroller.

Police concede the description on their flyer is vague. There’s no sketch depicting the suspect’s face.

“The only description we have is a male, somewhere around 5-foot-7 inches tall,” said Gotthardt. “Medium to dark complexion … and again, he was wearing a dark shirt with a hood, and part of that was covering his head or his face, and that’s the reason for the limited description.”

The victim was stabbed in the neck but she was still able to walk a few hundred yards up a hill to flag down another passerby closer to Vaden Drive. That person then called police.

Despite being stabbed in the neck, the victim is expected to make a full recovery.

Paul Yeagle’s condo looks out over the trail, and he says he takes advantage of that proximity on a regular basis. Before hearing about the attack, he says he “never had a second thought about it.”

As he walked past alone again today, he did concede, “I’ll be a little more careful this morning. Probably get a little bit of pepper spray in the future.”

“Occasionally you hear stuff like this happen,” Yeagle added. “We’re near a big city. Sometimes things get nasty.” 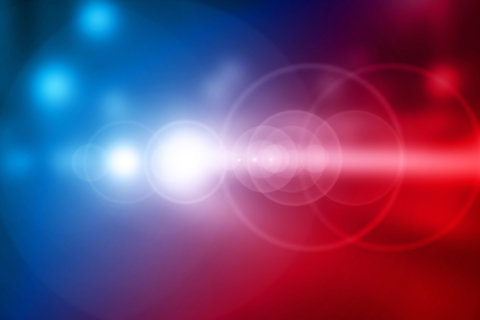