An officer involved in a fatal shooting in Herndon has been battling in court to keep his name from being made public.
Listen now to WTOP News WTOP.com | Alexa | Google Home | WTOP App | 103.5 FM

WASHINGTON — Last month Fairfax County police fatally shot a man outside his Herndon, Virginia, home. Police say the man shot and wounded his two brothers, held a hostage and set the house on fire. The officer involved in the Jan. 16 fatal shooting, who is on paid administrative leave, has been battling in court to keep his name from being made public.

The veteran officer won a judge’s order to keep his name from being released, arguing that to do so would endanger him and his family. But Fairfax County Police Chief Ed Roessler announced late last week that no credible threat has been found to the officer.

Roessler is expected to meet with the officer early this week and the chief must provide the court the results of the threat assessment.

Because of controversy surrounding past police shootings in Fairfax, it’s become county policy to release names of officers involved in fatal shootings within 10 days, unless it poses a threat to the officer’s safety.

The officer’s lawyers could further petition to the federal judge in the Eastern District of Virginia to keep his name from being made public. 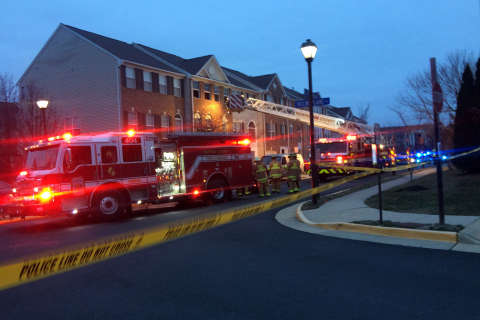