Cyprus: pope will transfer migrants to Italy after visit

NICOSIA, Cyprus (AP) — Pope Francis is arranging to transfer a number of migrants to Italy from the east Mediterranean island nation of Cyprus, where he is opening a three-day visit next week, a Cypriot government official said on Thursday.

Government spokesman Marios Pelekanos told The Associated Press the Vatican is now making the arrangements with Cypriot authorities. There are no specifics yet as to how many migrants will leave the island or about the logistics of their trip since the pontiff will travel to Greece immediately after his Cyprus visit.

The Vatican spokesman didn’t immediately respond when asked to confirm the pope would indeed bring migrants back to Italy or was otherwise arranging for their travel off Cyprus.

The ITA Airbus 320 that is bringing the pope and Vatican delegation from Rome to Nicosia on Dec. 2 will not travel onto Greece on the second leg of the trip, according to the ITA press office. That could suggest that any transfer of migrants from Cyprus to Rome could actually occur without the pope on board, since he is to travel on to the Greek capital of Athens on Dec. 4 aboard a different aircraft.

The pope made headlines in 2016 when he brought a dozen Syrian Muslims back with him aboard his return flight to Rome following a trip to the Greek island of Lesbos that hosts a large migrant reception camp.

Cyprus said earlier this month that it would seek European Union approval to stop processing asylum claims from migrants amid a surge of new arrivals that the country says is unable to cope with.

The Cypriot government is also pressing the EU to relocate a number of asylum seekers living in Cyprus to other member countries of the bloc and strike agreements with third countries to take back their citizens who have had their asylum applications rejected.

Cypriot authorities say in just the first 10 months of this year, migrant arrivals were up 38% compared to all of 2020. Of the 10,868 new arrivals, 9,270 illegally crossed a United Nations-controlled buffer zone from the breakaway Turkish Cypriot north to seek asylum in the internationally recognized south.

Asylum seekers comprise 4% of the population in the island’s south — four times the average of other EU front-line states.

Migrants say conditions at a reception camp just outside the Cypriot capital Nicosia are deteriorating since it currently houses nearly double its maximum capacity of 1,200 people.

Schadrach Mvunze from the Democratic Republic of Congo said what he and others at the camp want is somewhere where they can live in peace, whether it’s in Cyprus or elsewhere.

“Cyprus has welcomed us … If they are unable to welcome us, they can also even send us perhaps to France, to Canada, to England,” Mvunze told The Associated Press, which visited the camp on Thursday. “They can scatter us all over Europe to make us more comfortable.”

Nigerian Daniel Idu who crossed from the breakaway north to apply for international protection in the south said all he asks is a chance to lift his aging mother and young son out of grinding poverty.

“If I have the opportunity to meet with the pope, I will ask for just one thing and that is to settle here and probably have a better job to support my family,” he said. 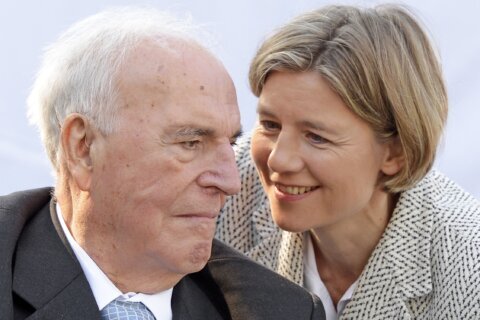 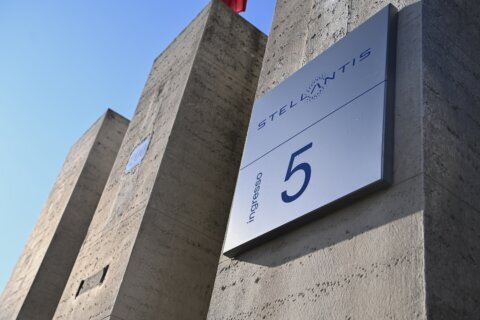