Can't wait for the “Game of Thrones” prequel to hit HBO next month? You might pass the time by streaming “The Princess" on Hulu this weekend for as much action-packed R-rated violence as you can possibly cram into a 90-minute kingdom.
Listen now to WTOP News WTOP.com | Alexa | Google Home | WTOP App | 103.5 FM
download audio
WTOP's Jason Fraley reviews 'The Princess' on Hulu

Can’t wait for the “Game of Thrones” prequel “House of Dragon” to hit HBO next month?

You might pass the time by streaming “The Princess” on Hulu this weekend for as much action-packed R-rated violence as you can possibly cram into a 90-minute kingdom.

It follows a strong-willed Princess (Joey King), who is locked in a tower when she refuses to wed the sociopath Lord Julius (Dominic Cooper). In order to escape, she must demolish floors upon floors of castle guards to rescue her King and Queen parents (Ed Stoppard and Alex Reid) and baby sister (Katelyn Rose Downey), who have been taken prisoner.

You’ll recognize Joey King as the daughter in “The Conjuring” (2013) and “White House Down” (2013). This time, she comes out swinging as a badass heroine staring down a parade of older, bigger dudes and going Medieval on all their asses. Not only will you think of Arya Stark, the hide-and-seek escapes recall the bloody bride in “Ready or Not” (2019).

Her toughest nemesis is Moira, who cracks an evil whip as Julius’ secret lover plotting to slit the king’s throat after the coronation. It’s a match made in Marvel hell between Olga Kurylenko (“Black Widow”) and Dominic Cooper (“Captain America: The First Avenger”). His Howard Stark is no relation to Ned Stark, but by the end you’ll see the resemblance.

The film is visually arresting right from its opening tracking shot, sailing across the castle moat and craning up through the tower window to find the “sleeping beauty” princess. When she jolts awake in shackles, we enter her POV for a blurry perspective as she sneaks over to the tower window, the camera tilting down to show how high she really is.

Camera placement is everything and this nails it. It all appears carefully storyboarded, including the fight sequences, which are creatively choreographed as The Princess moves from one set-piece to another, making her way down the castle floors as if we were passing through the dangerous train cars of Bong Joon-ho’s “Snowpiercer” (2013).

You’ll hit pause on your Hulu remote to say, “Who is this director?!?” Sure enough, IMDB lists the filmmaker as Vietnamese master Le-Van Kiet, whose action thriller “Furie” (2019) was Vietnam’s official submission for Best International Feature Film at the Academy Awards after breaking the record for the highest-grossing Vietnamese film in history.

While the directing is stellar throughout, the script doesn’t have much more to say after the first 20 minutes. Rather than a thrilling opening sequence that sets up a larger journey, the entire plot is The Princess trying to escape. That’s fine for a genre exercise, but it’d be like “Old Boy” (2003) stopping after his escape. The simplistic script starts to feel repetitive.

Thankfully, we get a few breathers by way of flashbacks, triggered by castle objects like a viking helmet cutting to the Young Princess wearing similar gear as she trains with mentor Lihn (Veronica Ngo). This explains how she goes toe-to-toe with brutes, while instilling life lessons: “A true warrior is defined not by how she fights but what she fights for.”

What does she fight for? Feminist freedom as The Princess finally makes it to the jail cell holding her parents and sister, who smile upon realizing how badass of a warrior she’s become. It’s a cathartic moment of recognition that sells the film’s thematic core: a father forced to admit how much he underestimated his daughter’s ability to fight and to lead.

It’s enough of a hook to justify the killing. Warning: the violence is R-rated like “Game of Thrones,” minus the fantasy elements of dragons and White Walkers. If you’ve never seen “G.O.T.,” think of the swords slitting throats in “Braveheart” (1995) and “Gladiator” (2000).

The brutality begs the question: Why are the guards trying to kill her? Doesn’t that defeat the purpose of holding her captive? At one point, Julius commands his guards, “Check on the Princess to make sure she’s OK for the wedding.” Then the castle guards battle her saying, “You’re never getting out of here alive!” The conundrum never really makes sense.

These baddies are pretty dunce, too, making eye-rolling mistakes that lead to their heads rolling. At one point, a guard says, “What have we here?” approaching The Princess hiding in a bathtub. We think she’s in danger until we cut to his P.O.V. to see he’s staring at a mirror through his helmet eye slits. “Looking good,” he quips, as if to say, “You sexy beast.”

In the end, “The Princess” doesn’t take itself too seriously — and maybe that’s a good thing because the action would otherwise feel exhausting. The film’s final line is hilarious as it cuts to black, triggering the end credits to a cover of Billy Idol’s “White Wedding.”

If all you want is 90 minutes of brilliantly-directed action, you’ve absolutely come to the right place, for this is Joey King’s kingdom. If you want a complex storyline, I’ve gotta quote Mario from the original Nintendo: “I’m sorry, but the princess is in another castle.” 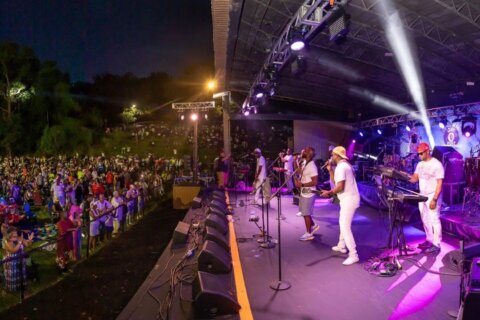