Review: ‘West Side Story’ snaps back for new generation in first Spielberg musical

When it was first announced, we all gasped, “How dare they remake “‘West Side Story!'”

Then, after thinking on it, you realize the beloved 1961 movie musical was a remake of the 1957 Broadway smash, which was itself a reimagining of Shakespeare’s “Romeo & Juliet.” Suddenly, the sacred celluloid seems less untouchable, especially considering that Tony and Maria’s singing voices were already dubbed over by Marni Nixon and Jimmy Bryant.

Add the curiosity of watching Steven Spielberg’s first-ever attempt at a musical and the recent passing of the musical’s original lyricist, Stephen Sondheim, and we get a perfect storm of novelty and nostalgia that makes the new “West Side Story” a must-see movie.

Once again, Arthur Laurents’ story follows a pair of star-crossed lovers, Tony and Maria, who represent warring factions in a gang rivalry between the Jets and the Sharks. The teenage rivals clash over their Irish-Italian vs. Puerto Rican cultures in the San Juan Hill neighborhood on the Upper West Side of the island of Manhattan in the summer of 1957.

Just as Natalie Wood and Richard Beymer replaced Broadway’s Carol Lawrence and Larry Kert, Spielberg taps newcomer Rachel Zegler and “Baby Driver” alum Ansel Elgort. The former will be a huge star with a soaring voice, while the latter isn’t being considered this awards season due to allegations of sexual assault made against him in 2020.

Your ability to enjoy Elgort’s Tony will depend on your ability to separate the art from the artist. As for what we see on screen, you’ll initially be skeptical as they stare at each other across the gym. Your cynicism starts to melt as Elgort first belts “Maria,” and you’ll be completely won over by a powerhouse balcony scene where their voices meld perfectly.

Still, the real standout is Ariana DeBose (“Hamilton”), who deserves Oscar consideration for Best Supporting Actress as Anita, who dates Maria’s brother, Bernardo. Her “America” is lively and still timely, while “A Boy Like That” rips your heart out in a role originated on stage by Chita Rivera and won an Oscar for Rita Moreno, who appears as Doc’s widow.

Just as George Chakiris and Russ Tamblyn replaced Ken LeRoy and Michael Callan as rival Sharks and Jets gang leaders Bernardo and Riff, this time we get David Alvarez (“Billy Elliot”) and Mike Faist (“Dear Evan Hansen”), both full of piss and vinegar and ready to rumble as fiery 20th century versions of Shakespeare’s ill-fated Tybalt and Mercutio.

On the downside, the film moves “I Feel Pretty” after the fight. Yes, that’s how it was in the 1957 stage version, but such an upbeat, superficial song feels odd after such a tragic story beat. The 1961 film was smart to bump “I Feel Pretty” before the tragedy, while moving “Cool” after (Spielberg returns “Cool” before the rumble like on Broadway).

Meanwhile, “Somewhere” is given to Moreno, who sings a touching rendition over a montage of other images. It’s a nice nod to a legend, but the song functioned much better as a final Tony & Maria song for a tragic goodbye. It will always feel slightly off hearing different voices, thus, the 1957 Original Broadway Soundtrack is still the tops.

Standup comedians should joke that Spielberg comes full circle to “Jaws” as a Shark kills a man in the end, while a survivor wonders, “How many bullets are left in this gun?”

In all seriousness, he seems rejuvenated by his first musical, opening with an impressive single-take that swoops across a construction site, revealing a gentrification wrecking ball in contrast to Puerto Rican flags. Down the street, the Jets rip off a Latino restaurant sign to reveal an old Irish pub. In just a few short minutes, Spielberg has visualized a turf war.

His directorial prowess shines in the “Dance at the Gym,” juxtaposing the fast-paced dancers in the foreground with slow-moving dollies of Tony and Maria staring at each other in the background. As Tony climbs Maria’s fire escape to profess his love, Spielberg uses the gates to symbolically separate them, while bars foreshadow their doom.

Every scene has a visual concept, from Bernardo and Anita kissing as silhouettes behind colorful cloths in their apartment, to stained-glass windows painting a kaleidoscope of colors on the church floor in “One Hand, One Heart.” It all culminates in cinematographer Janusz Kaminiski’s high-angle shot of Shark and Jet shadows converging at the rumble.

You could argue that Spielberg out-directs his 1961 counterpart Robert Wise, but let’s not paint Wise as some slouch. Wise edited “Citizen Kane” for Orson Welles and directed sci-fi masterpieces like “The Day The Earth Stood Still” and horror gems like “The Haunting” between his Best Picture-winning musicals “West Side Story” and “The Sound of Music.”

As for the script, Tony Kushner gives it another stab after Ernest Lehman (“North By Northwest”), making Bernardo a boxer, having Tony & Riff fight over a gun during “Cool,” expanding Anybodys as LGBTQ and inserting Spanish dialogue without subtitles, which is more authentic. Instead of complaining, let’s become bilingual like the rest of the world.

To anyone saying, “Typical Hollywood is turning ‘West Side Story’ into a woke statement,” you are ignorantly dissing the power of the original. Discussing interracial romance in the late ‘50s and early ‘60s was gutsy — just ask George Stevens’ “Giant” (1956). The line, “Life is alright in America, if you’re all-white in America” isn’t new. It’s been there all along.

Of course, the 1961 version had its problems, casting white actors as Puerto Ricans for Latin stereotypes. Hindsight is 20/20, so if you insist that the 2021 version is superior, imagine 60 years from now another social issue arises that we can’t even comprehend. Would you erase Spielberg’s version? No, you’d hail its strengths and discuss its flaws.

Its ultimate legacy remains to be seen as awards season could boost its long-haul gross. While it won the weekend box office, it performed below expectations just like “In the Heights” earlier this summer, as folks are still only turning out for big action movies.

In 2021, box-office analysis has jumped the shark. The double-punch combo of the pandemic and streaming makes the data obsolete. We should retire such phrases as “underperforming” and “top grossing” in assessing a film’s success. Franchises won, and we’re worse off for it, as episodic storytelling squeezes out self-contained adult stories.

Which brings us back to this dazzling remake of a remake. If the 2021 version doesn’t become the year’s top-grossing movie (like 1961) and doesn’t win 10 Oscars (like 1961), can we really call it a bigger cultural moment? I don’t think so. And yet, it’s a wonderful remake that exceeds all conceivable expectations by recapturing the Sondheim magic.

What do D.C. audiences know about a titan of Broadway and Hollywood? Shouldn’t judgement be left to critics in New York and Los Angeles? How quickly we forget that “West Side Story” made its world premiere here in D.C. at National Theatre in 1957, and this critic, with this listening audience, is proud to say that the 2021 version is a winner. 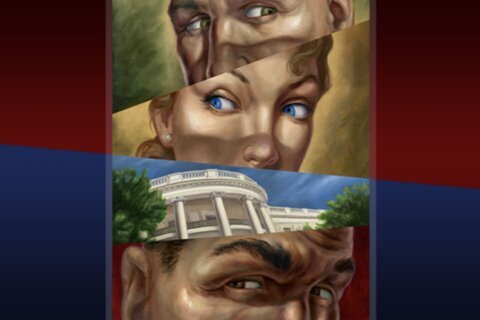