Marc Sterne is best known for his British alter-ego Nigel on "The Tony Kornheiser Show," but it was a different impersonation that created a Hollywood controversy exactly 10 years ago today.
Listen now to WTOP News WTOP.com | Alexa | Google Home | WTOP App | 103.5 FM

He’s best known for his British alter-ego Nigel on “The Tony Kornheiser Show,” but it was a different impersonation that created a Hollywood controversy exactly 10 years ago today.

Marc Sterne impersonated Christopher Walken during an appearance on Kevin Sheehan’s “The Sports Fix” on ESPN 980, not knowing it would explode into a case of “fake news.”

“It seems like yesterday,” Sterne told WTOP. “Everybody knew that I had been doing this Christopher Walken impersonation for a while, which I learned from Billy Bush when I was doing ‘The Bush League’ morning show on Z-104. … We thought this is a way to talk about fantasy football — Christopher Walken will call in and give us his picks of the week.”

On their Nov. 18, 2011 episode, they marked the anniversary of actress Natalie Wood’s tragic drowning off the coast of Santa Catalina Island on Nov. 29, 1981 while yachting with her husband Robert Wagner and Walken. Wood was just 43 years old.

“God rest her soul,” Sterne said. “I adored Natalie Wood. She was so special. Such a tremendous talent. … That was such a horrible night. … She was one of those personalities on screen that you felt like you knew her. She was such a magical person.”

In planning the show, Sheehan urged Sterne to address the incident in his Walken voice.

“The captain of the boat was making the rounds and Kevin comes to me and says, ‘We’ve got to do this on the show. You have to work this into the bit,” Sterne said. “Kevin came to me, ‘Now Christopher, this is a big time, there’s lots of news about you and Natalie Wood.'”

That’s when Sterne improvised a response on the spot, pretending to be Walken:

“‘It was a festive night aboard the ship, there was lots of sambuca and later shouting. I went to my bunk, I was reading a ‘Hardy Boys’ novel, I went to sleep and when I woke up, Natalie was gone,'” Sterne said. “The next sentence was, ‘Adrian Peterson is going to run circles around the Lions.’ … It thought people clued into this as silly. It can’t be real.”

However, Joe White of The Associated Press thought it was actually Walken.

“He calls up to the headquarters at AP and says, ‘I’ve got the story. … Christopher Walken has never talked about this ever, and I’ve got him talking about it on the air,'” Sterne said. “It was the day that Ashton Kutcher and Demi Moore split up, so that was the big story. They should actually be thanking me because I knocked them off the front page.”

Afterward, Sterne went about his usual day until his phone starting blowing up.

“I left the show, nobody said anything to us and I got to the gym about an hour after that,” Sterne said. “My phone rings and, it’s not Access Hollywood but it’s Dateline or something like that. They’re like, ‘Mr. Sterne? Thank God we caught you. Do you have the audio of Mr. Walken coming on your show earlier?’ I was like, ‘What are you talking about?'”

Laughing to himself, Sterne realized that he should set the record straight.

All joking aside, he started worrying about potential legal ramifications.

“I heard that Walken retained an attorney and that’s when I started getting worried like, ‘Man, I love you Chris Walken, don’t sue me!'” Sterne said. “You’re afraid at the point you’re going to get a knock on the door and he’s like, ‘Right, you had fun with your little giggle fest there. Now you’ve got to deal with the face on the other end of that voice, sunshine.'”

Sterne was even invited to come on “Access Hollywood.”

“[Bush] had me on ‘Access Hollywood’ live,” Sterne said. “It was not my best performance ever, but it was pretty wild having laughs about that. That was my big TV appearance.”

To this day, Sterne takes special pride in fooling the reputable Associated Press.

“I fooled the AP,” Sterne said. “When I would do news updates and report something from the AP, I would allow myself to say, ‘That is if they got it right, because occasionally they get things wrong.’ I felt really bad for Joe, who was a super sweet guy and great at what he did. It killed me that he got caught up in this. … It did not cost him his job, thankfully.”

As for Sterne, he addressed the controversy the following week on ESPN 980.

“He said, ‘Would you like to clarify anything from last week’s appearance, Chris?’ I said, ‘Yeah, I just want to make sure I say this very clearly: I was reading a ‘Nancy Drew’ book, not a ‘Hardy Boys’ novel.’ … The fact that they took it seriously and thought Christopher Walken was actually reading a ‘Hardy Boys’ novel should have been a red flag.”

Sterne is no stranger to doing funny voices, having invented his beloved British alter-ego Nigel roughly 17 years ago, just a few months into producing “The Tony Kornheiser Show.”

“We were still feeling each other out,” Sterne said. “Gary Braun and I started joking [in British] in an ad break. … Tony starts laughing and goes, ‘Everybody stop! Do that when we get on air!’ … There’s a big laugh in the studio, we go into commercial break, Tony takes his headphones off, points at me and says, ‘You can only talk like that from now on.'”

The name is an homage to the hilarious Nigel Tufnel from “This is Spinal Tap!” (1984).

“We loved it being this subversive thing like who’s this Nigel person? Didn’t have a last name!” Sterne said. “Literally within a few weeks I had people reaching out to me like, ‘Did you get fired from Tony’s show? I haven’t heard you in weeks!’ I’m like, ‘No, it’s me!'”

Of course, the show’s listeners a.k.a. “Loyal Littles” are now wise to the inside joke.

“The cat’s sort of out of the bag,” Sterne said. “People know I’m not actually an English guy, but there a lot of people out there like, ‘Wow, they’ve got an English producer!’ … I can’t prove this, but the ‘Mike & Mike’ national sports show brought on an actual English producer named Liam, and I can only feel it was some sort of tribute to Nigel’s success.”

Today, Nigel is still going strong on “The Tony Kornheiser Show” as a podcast, which was recorded at Chatter in Friendship Heights before the pandemic and is currently taped remotely.

“I can’t do Tony’s show now without slipping into that accent,” Sterne said. “If they said that character is dead, I’d be like, ‘I don’t know what to do now. That’s how I talk.’ … When Tony was out doing ‘Monday Night Football’ and I would fill in for him, I could only do it as Nigel, so I’d have to do the whole show, doing interviews, everything as Nigel!”

Sterne will often catch himself talking as Nigel in everyday life.

“Safeway is when Nigel really comes out,” Sterne said. “I’ll be shopping [in a British accent], ‘What do I want? I want beans.’ … For some reason it’s important for people at Safeway to think I’m British. I have no idea why. It’s really bizarre and kind of stupid.”

Either way, the running joke speaks to Kornheiser’s comedic sensibility.

“He got that I love being subversive with stuff, and he loves that, so that’s when we really clicked as a working duo,” Sterne said. “It was like, ‘Now we’re humming. This is great.’ It’s been such a treat to work with a guy like that, so talented, kind and generous. Yes, I know he plays a curmudgeon a lot, but he’s one of the kindest people I’ve ever known.”

It’s quite the career achievement for Sterne, who grew up in Boston and spent his first three years in radio working at WLKZ Oldies 105 in Lake Winnipesaukee, New Hampshire.

“Someone once asked, ‘Don’t you want to do something else? You’ve been working with Tony and doing this Nigel bit forever!’ I said, ‘Listen, this is the greatest show I could ever hope to work on.’ … When my obituary is being written, if the first line is, ‘Longtime producer and sidekick Nigel on ‘The Tony Kornheiser Show,’ I’m incredibly proud of that.” 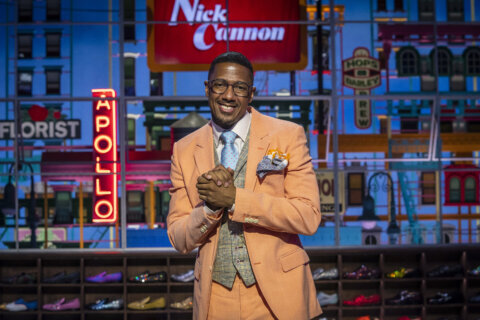 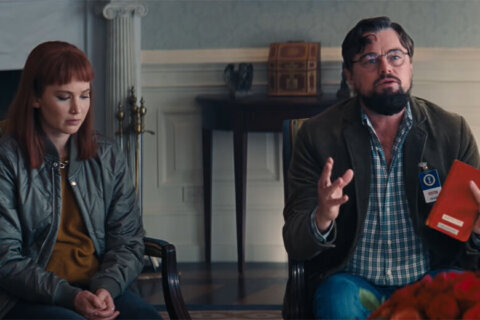