Broccoli City and the DC Improv present a comedy drive-in at RFK Stadium.

On Friday, Park Up DC hosts “Donnell Rawlings & Friends,” including a reunion of Donnell Rawlings, Joe Clair, Dominique and Red Grant, who all have ties to the D.C. area.

Growing up in Southeast D.C., Grant attended RFK to root for the burgundy and gold.

“I actually went to the game [where] Joe Theisman got his leg broke,” Grant said. “I play golf with Lawrence Taylor now and I told him that story. … I also was there when [Alex] Smith got hurt. I took my daughter Peyton to her first game, she had an Alex Smith jersey on and he goes down and I’m like, ‘Oh no. Not both of the bad breaks!'”

He even finds a positive spin to the recent name change.

“The Washington Football Team has never lost to Dallas,” Grant said. “I actually like ‘The Football Team.’ It hasn’t hurt us. We’re NFC East champs! I feel like we got the curse off of us. … To be honest, I don’t care what they call themselves as long as we win.”

He was a star football player himself at Dunbar High School in Northwest D.C.

“I played tailback and outside linebacker,” Grant said. “In high school, you could be small and they’d put you on defense. [Starts singing his school fight song]: ‘Who’s the best team by far? D-U-N-B-A-R!’ … It was a dream of mine to continue to play football.”

“I was a freshman when he was a senior,” Grant said. “I played fullback. If it wasn’t for me, he wouldn’t be in the pros. I blocked for Richard Basil, who didn’t even look when he threw it to Sharpe. … Sharpe wasn’t even a tight end in college; he was a receiver. … I couldn’t tell you how many touchdowns he caught, I just know how many blocks I had: 432.”

Little did he know, his class clown demeanor would spark a career.

“We used to clown and do shows in the dorms; I didn’t even know I was potentially becoming a comedian,” Grant said. “When I got back to D.C., I went to Mr. Henry’s and started doing open mics and it took off from there. Eight months later, I was found by this guy, Bob Sumner, who ran Def Comedy Jam. He asked me to come to New Jersey.”

“I met Donnell when I was a kid, 19 years old,” Grant said. “He was standing outside a comedy club.I tried to get in and I hadn’t been on stage a lot. He looked at me and said, ‘You ain’t gonna get on stage tonight.’ I was like, ‘For real?’ He was like, ‘Nah, it’s booked.”

He’s excited to reunite with Rawlings and his fellow D.C. comics this weekend.

“Dominique is the queen,” Grant said. “Her ability to make people laugh through her intelligent cultural material has crossed so many boundaries. … Joe Clair is the person who brought the energy of comedy to the city. … We’re all best friends. When we had nothing in our pockets, we used to feed each other, clothe each other, sleep on each other’s floors.”

He insists the nation’s capital is a hotbed for standup comedy.

“I take young kids and I teach them filmmaking from beginning to end,” Grant said. “I’ve produced 21 shows for BET, I’m produced three movies for myself, so my training in filmmaking is deep. It helped me stay out of trouble and got me out of the streets. I just wanted to give that back to kids. … They want a skill they can always learn from.” 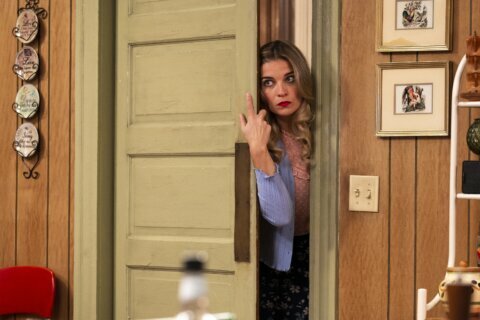 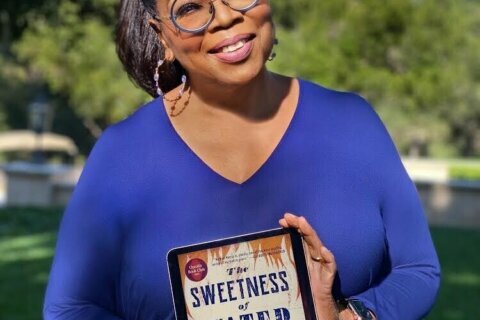 Winfrey’s new book pick is novel ‘The Sweetness of Water’