You’ve most recently seen them at the M3 Rock Festival at Merriweather Post Pavilion.

This Friday, Kix comes home to rock the Frederick Fairgrounds in Frederick, Maryland.

“We don’t actually play Frederick that often because there’s not really anywhere to play, so this is really cool to have this opportunity,” guitarist Brian Forsythe told WTOP.

Frederick holds a special place in his rocker heart as his musical stomping grounds.

“I started out back in the ’60s up near Braddock Heights,” Forsythe said. “One night in Frederick at a 7/11, I ran into [Ronnie Younkins] and he told me about this band that him and Donnie Purnell were putting together. … We got together at my parents’ house there [and] the very first song we worked on and played together was ‘Atomic Bombs.'”

The band officially rounded out its lineup in nearby Hagerstown, Maryland.

“We finally got Steve [Whiteman] around ’79, then we replaced our original drummer with Jimmy [Chalfant], so it wasn’t until the end of ’79 until we had the full lineup.”

In 1981, they signed with Atlantic Records for their self-titled debut album, “Kix.”

“The A&R guy from Atlantic came down to a club in Waldorf called the Stardust,” Forsythe said. “We hooked up with this band Face Dancer from Baltimore that had a record out on Capitol. We thought, ‘We’ll get their manager, that way he can get us a record deal.’ Sure enough, he did. … [Atlantic] sent a guy down to Waldorf to see us.”

“It was kind of an evolution,” Forsythe said. “By the time we got to ‘Midnight Dynamite,’ Donnie’s songwriting was maturing. Every time he was getting better and better. Every album got better and better, so by the time we hit that, we sort of found our identity. I think the first two records were kind of fishing around trying to find it.”

They became a household name with their platinum-selling fifth album, “Blow My Fuse” (1988), featuring the power ballad “Don’t Close Your Eyes,” which reached No. 11 on the Billboard Hot 100. Ironically, it was a late release after three other videos.

“We were on the Tesla-Great White tour [and] Great White’s manager, Alan Niven, who was also Guns N’ Roses’ manager, heard us playing that song every night,” Forsythe said. “After one of the shows, he comes up and he goes, ‘How come that’s not a single?’ … This one started taking off and the list of radio stations … it was really cool.”

After their sixth album “Hot Wire” (1991), Kix returned to their home state to record a live album, “Live,” at Cole Field House at the University of Maryland, College Park.

“I remember that very clearly,” Forsythe said. “By the time we got done doing two videos, I know myself personally I was completely worn out, then I had to come out and do a show. … So I felt like it was a little sloppy, but it came off pretty well.”

Since then, they’ve found a home at the M3 Rock Festival in Columbia, Maryland.

“It’s kind of like the hometown crowd,” Forsythe said. “We were just lumped in with all the other bands, then we were doing so well, we would go on [and] everybody would flood in there, then when we got done and the next band goes on, people would start leaving. … So, they ended up putting us on … headlining the Friday night slot.”

The festival was canceled this year due to COVID-19, which makes the Frederick Fairgrounds gig a homecoming for Forsythe, who now lives in Nashville.

“We pretty much stopped playing mid-March,” Forsythe said. “This show popped up not that long ago within the past month because there was nothing going on. … We’re also re-releasing ‘Midnight Dynamite,’ I think the release is Nov. 20 if I’m not mistaken.”

That’s right, a live show this week and an album release next week.

Kix is on a roll during the pandemic, so don’t close your eyes. 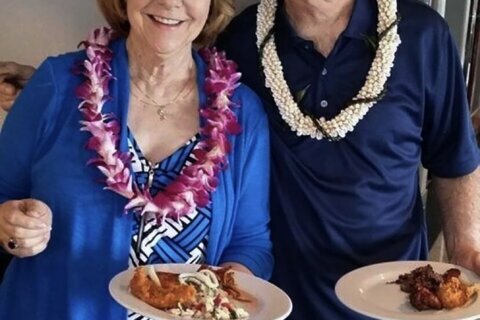