Contactless catering is all the rage at the D.C. dining institution Ben’s Chili Bowl.

“They asked if we would be up for catering and we said absolutely,” Sonya Ali of Ben’s Chili Bowl told WTOP. “Two great institutions partnering together. We thought it was a great idea, we came up with a menu and we’re ready to launch Saturday and Sunday!”

Guests can choose between three meal options, including “Ben’s Original.”

“You’re going to get a field-roast vegetarian hot dog, you’re going to get a bowl of our wonderful vegan chili, and it will be accompanied by a garden salad and all of the accoutrements in the package, including a vegan cheese to go on your chili,” Ali said.

Finally, the little ones can order the “Kid’s Corner” option.

“For the young ones, what we’ve done for them is given them our jumbo all-beef hot dog with some apple slices and potato chips,” Ali said.

Beer and wine will be available on site for purchase.

Ali said Ben’s is planning to prepare about 400 meals for the event.

It’s the latest venture for Ben’s, which has survived the pandemic. The flagship location on 1213 U Street never closed, while its H Street, Horseshoe Casino and National Airport locations have now reopened after temporarily closures. It’s obviously still waiting to reopen at Nats Park, but its Arlington location closed permanently.

“Just like any other restaurant, we are trying to survive, we are trying to get creative, hence these contactless meals,” Ali said. “We are fortunate in that we have gotten some federal relief money, but it’s never enough. We have gone from three shifts at our U Street location to one [with] 17 people where we had close to 50 [before].”

The iconic D.C. restaurant has a history of resiliency, including during the 1968  riots.

“When Dr. King was assassinated … that whole area was decimated,” Ali said. “We were allowed to stay open to feed the National Guard … police and firefighters.”

It also survived construction of the Green Line Metro in the 1990s.

“We went down to literally a staff of two: my mother-in-law and our longtime team member …  Bernadette Halton, lovingly known as Peaches,” Ali said. “For almost five years of that Metro construction, it was just the two of them feeding the construction workers because the street was a big hole and you couldn’t really get to us easily.”

Since then, the neighborhood has become gentrified, but Ben’s stands strong.

“We feel like because we’ve always been a part of the community, the community has rallied behind us and with us and supported us,” Ali said. “To that end, we remain open and remain of service to not only our guests but to people keeping the peace and people who are fighting for peace and change.”

Over the years, it has served celebs, from Duke Ellington to Stokely Carmichael.

“We’ve had the president of France, we had our 44th president, Barack Obama, Strom Thurmond,” Ali said. “We’ve had musicians, Bono, Bruno Mars, we’ve had movies filmed in there, ‘The Pelican Brief’ with Denzel [Washington], ‘State of Play’ with Russell Crowe. … We’ve had athletes, Serena [Williams], Kevin Durant.”

It’s quite the success story for its founders, the late Ben Ali, a Trinidadian immigrant studying dentistry at Howard University, and his wife Virginia, who was born in Virginia.

“They both opened Ben’s Chili Bowl together Aug. 22, 1958, two months before they actually were married couple, so this was a venture they went into knowing they would have a lifelong partnership,” Ali said. “They actually met when she was a teller at our oldest African American banking institution, Industrial Bank. … He was a customer.”

Ben died in 2009, but the 87-year-old Virginia still helps out with her three sons and three daughters-in-law, including Sonya, who is married to the middle son of the family. 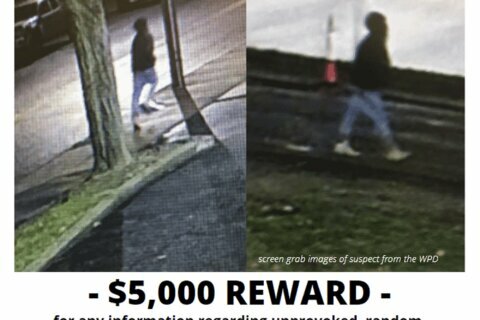