Q&A: ‘Never Had a Friend Like’ Genie in Kennedy Center’s ‘Aladdin’

Now you can see a whole new world of musical theater as the national tour of Broadway’s “Aladdin” soars into the Kennedy Center now through Sept. 7.

Actor Major Attaway, who plays the Genie, has three wishes for the production.

Set in the fictional kingdom of Agrabah, kind pauper Aladdin falls for Princess Jasmine after a chance encounter in the market. He laments that he can never marry her because traditional law requires her to marry a prince. When the evil Jafar sends Aladdin into the Cave of Wonders to retrieve a magic lamp, the cave collapses with Aladdin still inside. Upon rubbing the lamp, a Genie offers to grant him three wishes, transforming him into Prince Ali in order to impress Jasmine.

“We’re actually both from the same area in Texas, so it is great to have a friend when you’re in a city that is so far away such as Agrabah,” Attaway said. “There’s a special kind of grounding that you have when you have so much in common before you even enter that world of circumstances.”

Across from Greenspan is newcomer Kaenaonalani Kekoa as Princess Jasmine.

“She is new to the tour and we have embraced her,” Attaway said. “She’s a storyteller who already fits Jasmine so well because there is a maturity about her that a strong princess absolutely needs. We have it in her and it’s a blessing.”

“Jonathan Weir is an inspiration,” Attaway said. “He’s played Jafar on this tour, he’s played Scar [in ‘The Lion King’] all over the country and Broadway. He’s a pleasure to work with and he’s deliciously evil. He inspires my joy with his maniacal laughter every day.”

As for the Genie himself, Attaway has big, pointy shoes to fill after Robin Williams’ iconic voice work in the 1992 animated film, James Monroe Iglehart’s Tony-winning take on Broadway in 2014 and now Will Smith in the 2019 remake.

“The version that we do in the musical is based on Fats Waller and Cab Calloway so we have a very specific place to start,” Attaway said. “Even though there’s the nostalgia of Robin and now bringing it brand new with Will, we get to add all of that energy into it, but we have a very strong base.”

What’s the most fun part of playing the Genie?

“It really does change,” Attaway said. “It used to be easy to say ‘Friend Like Me,’ no question, that’s the iconic part, but now I’ve fallen in love with different parts of the story for different reasons. The fact that I’ve had time to grow, it just depends on the day. Usually it’s the opening number now because I get to connect that [childhood] memory to me being the first thing you see on stage.”

He’s of course referring to “Arabian Nights,” which kicks off a string of memorable musical numbers. “Never Had a Friend Like Me” ignites the Cave of Wonders, “Prince Ali” brings an extravagant parade right out of intermission, and “A Whole New World” delivers a dazzling magic carpet ride.

“It will take your breath away,” Attaway said. “It still takes my breath away and I’ve seen it so many times. It’s because you walk in with the idea of, ‘How are they going to translate the magic of crossing the world on a carpet right here in front of me?’ I’m telling you, we do it. It’s happening. You have to come see it.”

In addition to the famous film songs by Alan Menken, Howard Ashman and Tim Rice, we also get additional songs by Menken and Chad Beguelin that were either written specifically for Broadway or cut from the movie and restored.

“One of my favorites to watch is ‘High Adventure’ in Act Two,” Attaway said. “The Genie is not a part of that song, but Aladdin’s friends go to rescue him. If I could be in a number that I wasn’t already in, it would be that one. … ‘Somebody’s Got Your Back’ is a beautiful nod to musical theater, Gene Kelly, Fred Astaire, Ginger Rogers. That energy just pops up to enhance the bromance between Aladdin and Genie. Those are two of my favorite numbers.”

It’s all directed and choreographed by Casey Nicholaw with sparkling visuals.

“I’ve lost count of how many crystals are on my costume,” Attaway said. “In ‘Friend Like Me’ we have over 100 costume changes just in that song alone. It’s Disney, the spectacle is there. We have Disney, we have Broadway, we have the nostalgia of some of the best-written music that exists to date with Alan Menken. You put that all together with the magic of the Kennedy Center and I feel like my magic has been renewed, refreshed and I’m ready to come out of the lamp here.”

Hear our full conversation with Major Attaway below: 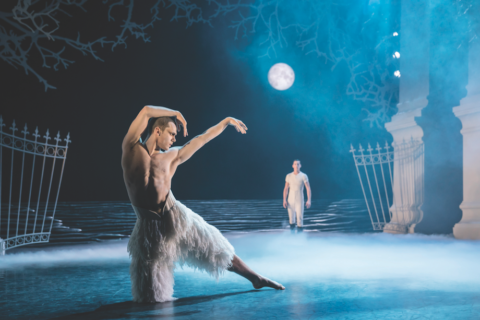 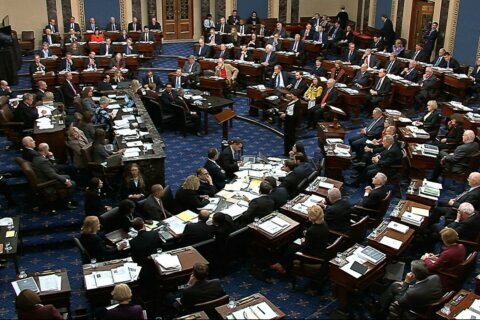