WASHINGTON — In 2015, when “Creed” became a surprise hit by reinventing the “Rocky” franchise for a new generation, WTOP asked Dolph Lundgren what his Soviet slugger Ivan Drago would tell the son of Apollo Creed, who he killed in the ring in “Rocky IV” (1985).

“I must break you,” Lundgren joked with WTOP.

“This is Creed, this is Rocky, this is the Dragos, so it felt more like an ensemble piece because everybody had a full arc,” director Steven Caple Jr. said. “When I met [Stallone], it’s obviously intimidating like, ‘I’m about to meet Sly. Rambo. It’s about to be crazy. He’s going to look me in the eye. I’ll look down.’ Then he was like, ‘Dude, we’re making Creed!’ He was super excited.”

It’s a dream come true for Caple Jr., who grew up loving the “Rocky” franchise.

“When I was born, ‘Rocky V’ was about to come out, so I saw ‘Rocky V’ first, then ‘Rocky IV,'” Caple Jr. said. “I didn’t see ‘Rocky 1’ until I was a bit older, like 8 years old and that was my favorite one. As a kid you’re like, ‘Aw, this is motivating! I’m amped up for this one!’ Then as an adult, you watch it and you’re like, ‘This is very artistic, it’s different, he was doing something for his time, Sly’s a genius.’ … I was always a fan of the franchise growing up, so when ‘Creed’ came about, it’s nothing but excitement to see a spinoff of a character you care about.”

You can see his diehard fandom in various callbacks, from dialogue lines to music cues, particularly “Gonna Fly Now” and “Going the Distance” appearing in the final fight. You won’t, however, hear “Rocky IV” montage anthems like “Hearts on Fire,” “Burning Heart,” “There’s No Easy Way Out” or “Living in America.” How did he decide what to keep and what to scrap?

“That was the difficult challenge: How do you fulfill people’s expectations?” Caple Jr. said. “You rewind it and ask yourself, ‘What would I want to see on screen? What would be too much? What did I like about the old Rockys? What didn’t I like about the old Rockys? You go from that foundation and you plant the seeds of some callbacks I want to hear from Drago’s son.”

Turns out, every fan has his or her own ideas.

“My neighbor found out I was directing the movie and knocked on my door like, ‘Drago better do this or that!’ I was like, ‘Wow, people have expectations!’ I listened as well to see what fans wanted. I think Sly did too when he wrote the draft. … We tried to give them as much as possible, while still staying grounded, still pulling the heart strings, the love story aspect, the family aspect, those are important. That’s what makes a ‘Rocky’ film and a ‘Creed’ film work.”

Those subplots include Adonis contemplating marriage and kids with Bianca (Tessa Thompson), while seeking advice from mother Mary Anne Creed (Phylicia Rashad), who doesn’t want her son to be killed in the ring like her husband Apollo. On Drago’s side, we watch Viktor strive to restore the reputation of his father (Lundgren), who was outcast by Russian hardliners, including ex-wife Ludmilla (Brigitte Nielsen), who abandoned the family.

“Dolph is one of the most humble and grounded people,” Munteanu said. “He really wanted to create a father-son bond. We had a lot of Russian classes together, he initiated working out together, having dinner together to really create this bond so that we are authentic on screen. He made it very easy for me to work because I’m the new guy. I didn’t really know what to expect and the whole cast, not just Dolph … made it so easy for me to fit into this project.”

The preparation paid off, resulting in a believable father-son dynamic. Rather than rooting against a cookie cutter antagonist, we are rooting for both boxers to get up off the mat.

“It’s a new generation, so you don’t have this typical villain anymore,” Munteanu said. “Ivan was simply the killing machine that he is, no emotions, so it’s definitely changed a lot. You can see it also in ‘Black Panther’ where in the end you can feel for the villain and understand why he’s doing certain things. … Steven told me right away when we started working that he wanted to create the scenario where, at the end of the day, you don’t know who to cheer for.”

Of course, it wouldn’t be a “Rocky” movie without the signature training montages and in-ring boxing action. Caple Jr. doesn’t recreate the long single-take fight sequences that Ryan Coogler delivered in “Creed,” but he does return to the aesthetic of slow-motion blows.

“For every hit they received in the movie, I said I’ll take one [punch],” Caple Jr. said. “We had a short window, so these guys had to train three times a day. … They have to learn all of those punches, each one, to make sure they don’t kill or knock out the other guy, but yet still swing as if you’re about to hit a real person. So it took an enormous amount of control. … I’d get caught up in the adrenaline, ‘Let’s do another take!’ Then I’m like, ‘Wait, these guys are tired, it’s taxing on their bodies and they’re doing a full round — and acting on top of that.'”

Munteanu, who boxes in real life under the moniker “Big Nasty,” admits that he and Jordan caught each other with a few errant punches, which is the nature of shooting such a flick.

“We were really swinging hard with full extension,” Munteanu said. “It was his instruction that every swing that I punch should be with high intensity. There’s not really a slowdown or something. Every punch should count. … That’s why we tried to keep the intensity always 100 percent. … By having an intensity always on a top level, it’s really freaking exhausting.”

While the in-ring action was exhausting for the actors, the film thankfully isn’t for the viewers, moving at a compelling pace. Even when the larger plot points become formulaic — the cocky fighter stumbles at the midpoint, then must train harder to come back and beat him (a la Rocky vs. Mr. T) — there are enough impressive nuances in between to keep us on our toes.

In the end, “Creed II” not only does the franchise justice, it’s further proof of Stallone’s lasting creation. After eight installments, it’s hard to believe it all started with Sly penning the script by hand in one weekend, demanding that he be cast as the lead, then watching it win Best Picture in an underdog upset. I predict at least one more “Creed,” then possibly a “Million Dollar Baby” style spinoff series with Adonis’ daughter Amara to keep the franchise running.

“Sly keeps it all the way,” Caple Jr. said. “He still continues that same passion. It has to come from that first. If Mike still has the passion and Tessa still has the passion … and there’s a genuine honest story to tell for a ‘Creed III,’ ‘Creed IV,’ ‘Amara I,’ ‘Drago II.’ … We leave it up to the filmmakers and the passion behind MGM to see where they want to go with it.” 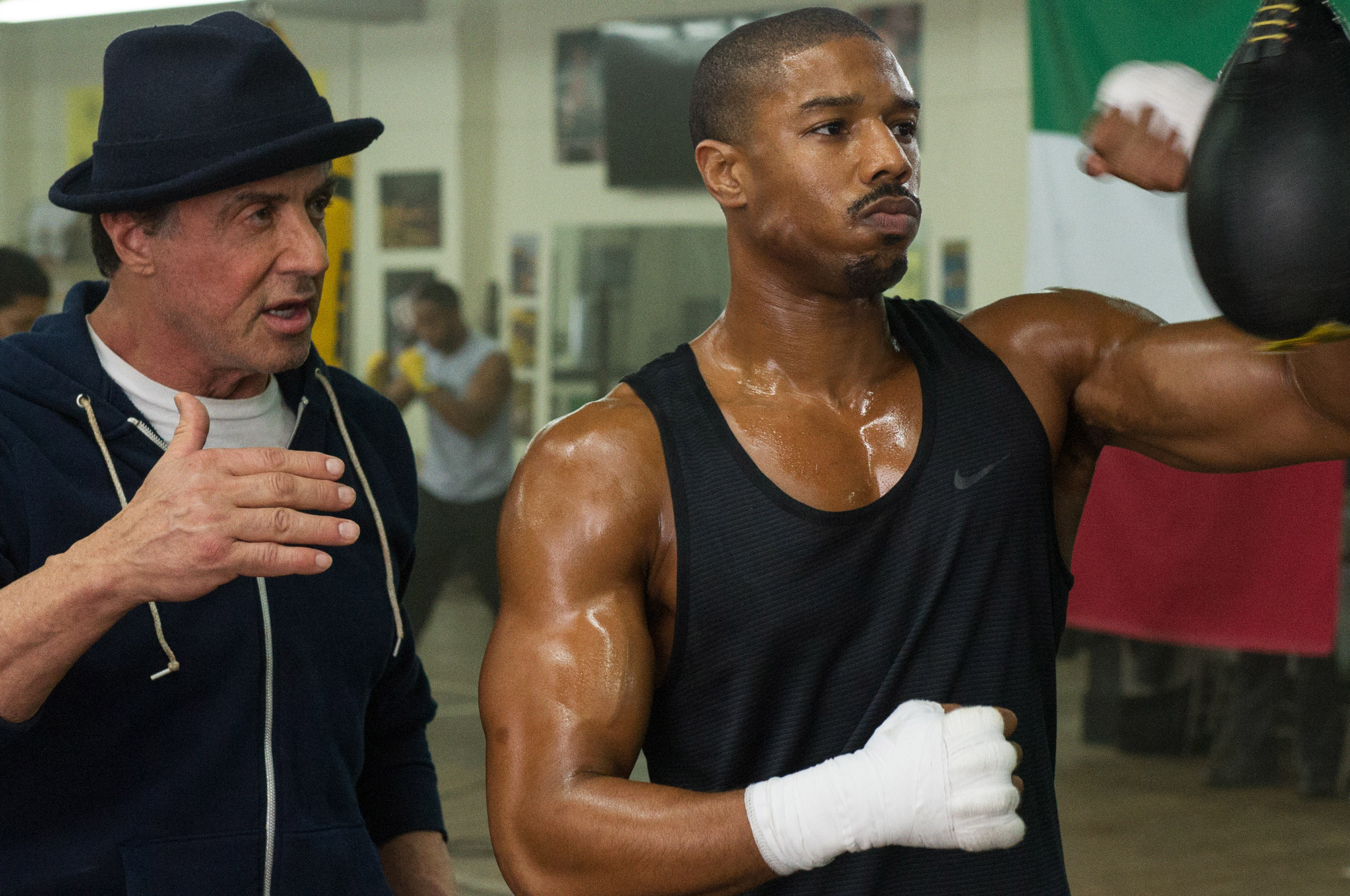 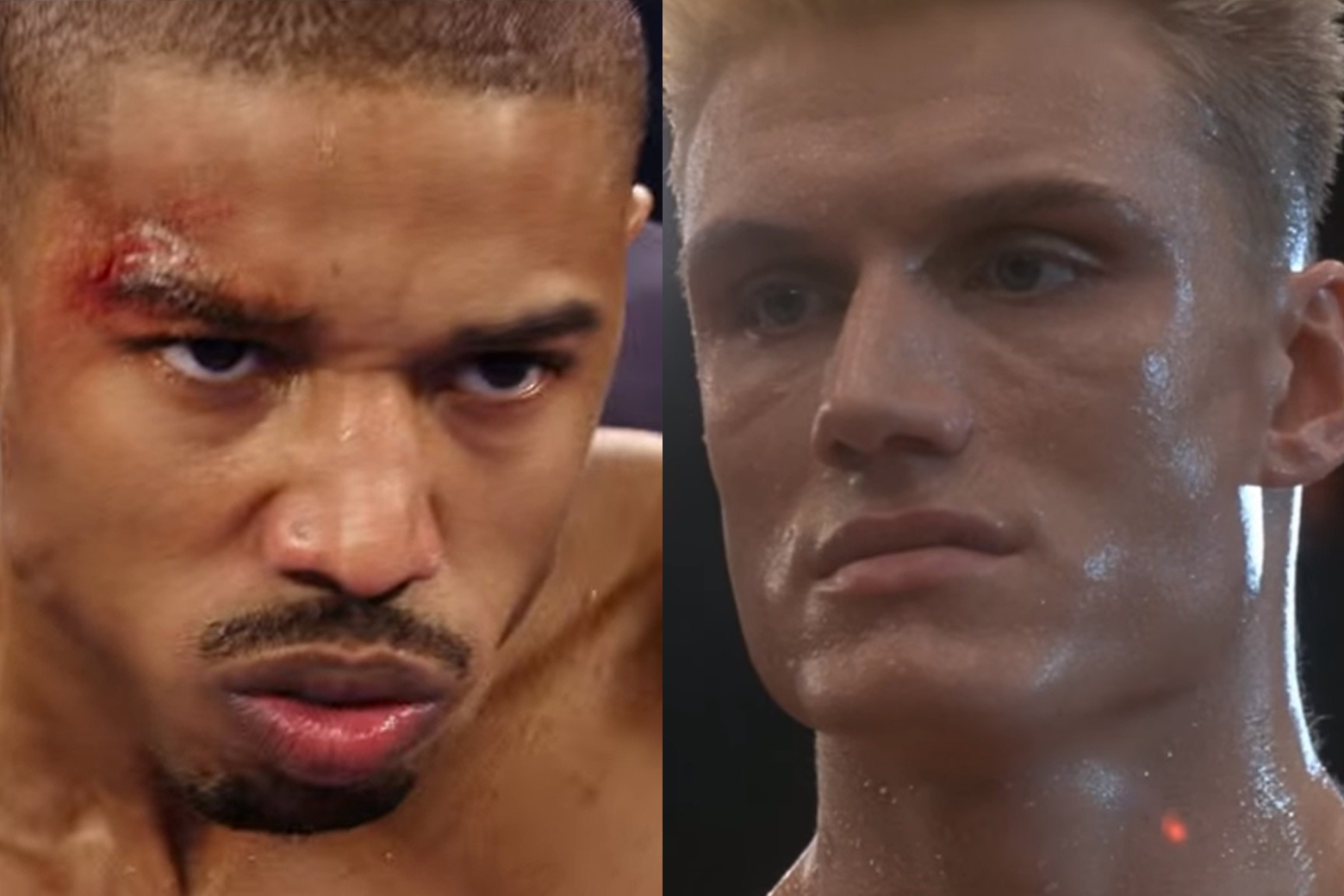 ‘I Must Break You’: Ivan Drago has fighting words for Apollo Creed’s son