WASHINGTON — The Kennedy Center is taking a monthslong trip to a galaxy far, far away.

The NSO Pops will salute George Lucas’ “Star Wars” with a live concert series that projects Episodes 4-7 on a giant screen with live orchestral accompaniment to John Williams’ score.

The series kicks off this week with the original “Star Wars” (1977) on Wednesday through Saturday, showcasing the composition voted the American Film Institute’s No. 1 Movie Score.

“You’ll see these movies like you’ve never seen them before,” NSO conductor Steven Reineke told WTOP. “First of all, they’re on this big screen above the orchestra and remastered and all that, but most importantly, you hear them in a way you’ve never heard them before. So often, the soundtrack is buried in the background beneath the movie … and in the Concert Hall, you really pay attention to the music because it’s there live with the best surround sound.”

It all starts with Williams’ main theme, its iconic horns blaring over the opening text crawl.

“It’s so iconic,” Reineke said. “He utilizes the full forces of the orchestra in that main theme. … He comes from a classical standpoint, the way classical composers wrote and orchestrated, all the technical ins and outs of stacking up overtones and certain voicings of chords. John has a way to do that that harks back to the days of Mahler, Wagner, Beethoven and Tchaikovsky.”

“There are leitmotifs throughout this entire score, which means there are musical themes that represent certain things,” Reneike said. “George Lucas and John Williams wanted to do this so it brought a lot of clarity to this brand-new story and these foreign alien worlds. … A leitmotif comes from the opera world, and by the way, ‘Star Wars’ was also called a space opera.”

That includes the Jedi theme as Luke Skywalker stares off into the horizon.

“When Luke is staring off into space … that’s the Jedi theme,” Reineke said. “It’s this sort of longing, it has a sense of heroism but it has a sense of heartache to it as well. You’ll hear that theme in little fragments, different instrumentations, different rhythms, different shapes and forms. You’ll even subconsciously recognize it [and] understand what emotion it’s evoking.”

The most famous is Darth Vader’s “Imperial March,” which didn’t fully debut until the sequel.

“Honestly, the ‘Imperial March’ doesn’t get fully debuted until the next movie: Episode V,” Reineke said with surprise. “He never fleshes that out in the very first movie! The melody … never appears until the next movie, but that foreshadowing of just that rhythm, sometimes in three-quarter time … That’s all you need to hear and you think, ‘Oh, Darth Vader is coming.”

Speaking of the sequel, the Kennedy Center will continue the NSO series with “The Empire Strikes Back” in October, “Return of the Jedi” in January and “The Force Awakens” in February.

Find out more on the Kennedy Center website. Hear our full chat with Steven Reineke below: 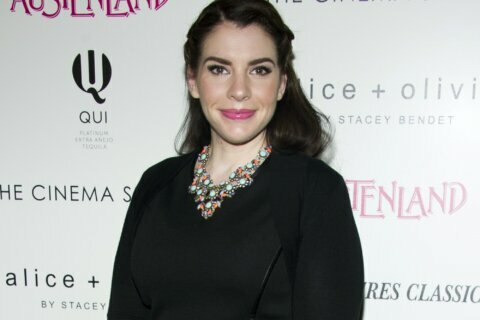 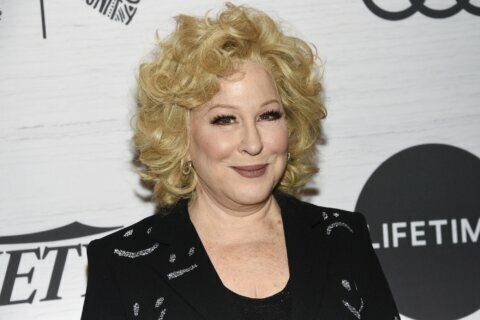