Times Like These: Foo Fighters headline opening night at The Anthem

The Anthem is officially open for business on the Southwest Waterfront after the Foo Fighters rocked opening night with a mix of 21st century hits and '90s gold from earlier in their career.
Listen now to WTOP News WTOP.com | Alexa | Google Home | WTOP App | 103.5 FM
(1/18) 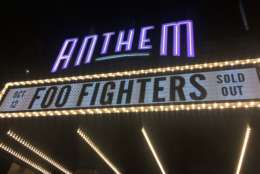 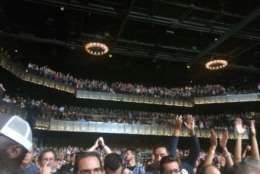 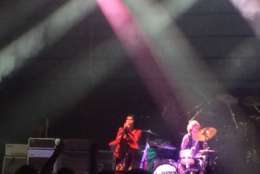 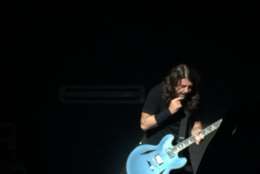 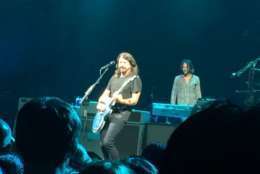 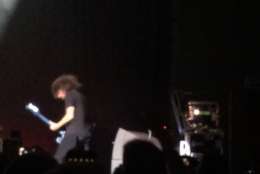 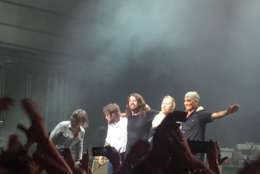 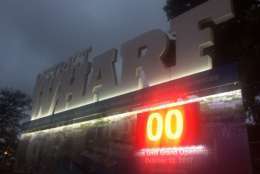 This is Part 2 of our Anthem coverage. You can read Part 1 with founder Seth Hurwitz here.

As the Foo Fighters sang those iconic lyrics on Thursday night, the words doubled for D.C. music fans, who no longer have to wait to hear live music on the Southwest Waterfront.

It’s finally a reality thanks to the exciting new 6,000-person venue The Anthem at The Wharf.

The night kicked off with a surprise opening act by D.C. go-go band Trouble Funk, followed by the popular British band The Struts, performing such hits as “Could Have Been Me.” Eccentric frontman Luke Spiller told the crowd that it was the band’s most important gig to date.

Then came the moment the crowd was waiting for. Wearing all black, D.C. native Dave Grohl took the stage with his killer band the Foo Fighters, kicking off their set list with the old-school gem “I’ll Stick Around,” which featured the memorable refrain, “I don’t owe you anything!”

The irony wasn’t lost on the crowd; Grohl owes D.C. a lot and gave it all back Thursday night.

“I got lucky — I grew up right in the perfect place,” Grohl told the crowd. “I said to [The Anthem founder Seth Hurwitz] earlier, ‘What’s the curfew?’ and he said, ‘There isn’t one!'”

To steal a lyric: “Run and tell all of the angels, this could take all night.”

With that, the crowd roared as the band launched into 21st century hits like “All My Life” and “The Pretender,” while weaving in ’90s gold all the way back to their self-titled debut in 1995.

“How many old-school Foo Fighters fans do we have here tonight?” Grohl said to cheer from longtime fans. “That means every baby sitter in the D.C. metro area is busy tonight!”

These ’90s gems included “Big Me,” “Monkey Wrench,” “Breakout,” “Walk” and “Learn to Fly,” which enveloped the crowd with the fitting lyric, “Make my way back home and learn to fly.”

Having made his way back home, Grohl recalled buying jumbo crabs at the Maine Avenue Fish Market as a kid, noting how much has changed along the Southwest Waterfront. It’s all part of a $2.5 billion project to bring condos, restaurants, shops and piers along the boardwalk.

He then gave a special shoutout to Hurwitz by singing “My Hero” toward his balcony box. Hurwitz then came on stage, hopped on the drums and jammed with the band. It was a treat for Hurwitz, who did his best impression of Grohl’s early days drumming for Nirvana.

As the show reached its halfway point, Grohl hammed to the crowd saying, “Act Two.”

Indeed, D.C. was getting the best from Grohl. But even the best can’t last forever.

“I hear the Metro is closing in 23 minutes,” Grohl joked.

After roughly three hours, Grohl hated to say farewell to his hometown fans.

Cue the iconic strum of “Everlong,” which captured the crowd’s once-in-a-lifetime joy:

This recap is Part 2 of our Anthem coverage. You can read Part 1 with Seth Hurwitz here. 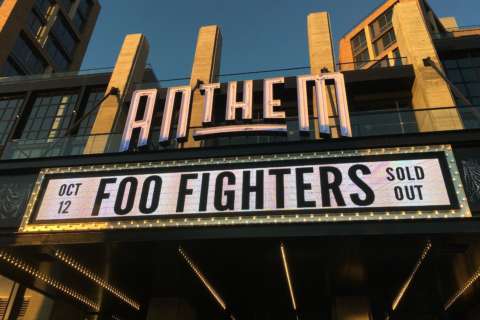 There Goes Our Hero: 9:30’s Hurwitz opens The Anthem with Foo Fighters

Washington, Malek and Leto face off in ‘The Little Things’