WASHINGTON — Get ready to “gleek” out, D.C. — one of your favorite McKinley High School glee club members is making his return to the nation’s capital.

Actor and singer Darren Criss, best known for his role as Blaine Anderson on Fox’s hit musical comedy-drama “Glee,” is making an appearance this weekend at the Kennedy Center with the National Symphony Orchestra in “Broadway Today.”

“This is not something I typically get to do, I think there’s sort of this misunderstanding that I’m a Broadway guy- I’m a Broadway fan, but I’ve never gotten the opportunity to do something like this,” says Criss. “So it’s somewhere between very exciting and very intimidating.”

Criss will be joined by Broadway vet Betsy Wolfe, who will accompany Criss on Broadway hits from “The Last Five Years,” “The Book of Mormon,” “Once” and much more.

“I think it’ll be an interesting contrast because she (Wolfe) does have this amazing, beautiful Broadway voice. We’re doing a few duets together, and I come from this different vocality, so it’s us meeting somewhere in the middle with these songs. “

“When you hear a lot of these songs, if you get to see them in a show on Broadway, the pit is not nearly as huge as a 70-80 piece orchestra. So getting to hear everything with such a huge wall of sound is going to be pretty breathtaking.”

He says attendees will know some of the songs, but not all. The show puts a spotlight on Broadway hits of today, and showcases some classics starting from the 1970s. Composers include Jason Robert Brown, Alan Menken and Stephan Schwartz, to name a few.

Steven Reineke, who recently conducted a show with Kendrick Lamar, will lead the NSO Pops.

“The whole process has been really fun, Steven is a really fun guy,” says Criss. “He was really cool about us putting this program together.”

Criss added that his friend and actor Jeremy Jordan (Broadway fans will know him from the musical “Newsies,” and most recently the movie musical version of “The Last Five Years”) was originally scheduled to perform, but had conflicts with his TV schedule.

“I was so thrilled to be filling in, but the songs that Jeremy is so great at is different from what I can do.”

He added that Reineke was very receptive toward Criss suggesting songs or suggesting things that he might be able to do. “Between myself, Betsy and Steven, we’ve all been able to put together a show that compliments all of us.”

And “Glee” fans, you won’t be disappointed.

“There’s an orchestration of something that is completely based off the ‘Glee’ version that we did,” says Criss.

Criss made his return to Broadway last year in the lead role of Hedwig in “Hedwig and the Angry Inch.” But many will always remember him as the high school glee club member, Blaine, singing hits and show tunes every week.

“(The show) obviously opened up so many incredible doors for me, and I will be forever grateful, says Criss. “It’s something that was and continues to be and will always be so much bigger than myself.”

Criss was attending college when the show first came on the air and become a hit.

“It was a hit show before I was on it, so I had a very outsider perspective when it was on TV and all over the place. I remember just thinking, ‘what, this a huge deal.’”

He says since “Glee” he’s been associated with Broadway and musical theatre, something he never thought or planned on before the show.

“Once you do something people always assume you’ve done that. So regardless if you’re a journalist now or any type of news media — if you were a cook for 20 years no one is going to know. They’re just going to know that.”

Overall, Criss says he’s grateful for his time on “Glee” and is happy to be associated with the show.

“Life has been a collection of unexpected routes that are all connected to passions I had growing up and the desires that I had.”

Though Criss credits “Glee” for launching his career, he actually cites YouTube for getting it all started.

“One of the first things that kind of launched me in this world, and ultimately got me my audition for ‘Glee’ was writing musicals and putting things on YouTube.”

He says if it weren’t for that, he might have never been on “Glee.”

Looking back on his favorite moment on the “Glee’ set (it’s too hard to pin point just one moment) he recalls “Glee’s” version of “Grease,” when he got to play the role of “Teen Angel.”

“Coming down those stairs and seeing my friends doing the backup vocals for that was just a funny, hilarious moment of ‘what am I doing here?’ … It’s so mind-numbingly wild, those years of my life. One of these days I’m going to have to sit down and focus on the key memories, but for now it’s the jumble of ‘wow that was really fun.’”

With “Glee” in his past, Criss has enjoyed disappearing a little bit to work on personal projects now that he has the time, which he says is ultimately more valuable than any job or paycheck.

“I’m enjoying having the time, and writing my next thing. We’ll see what it is.”

Don’t worry Darren, we won’t stop believin’ in you. 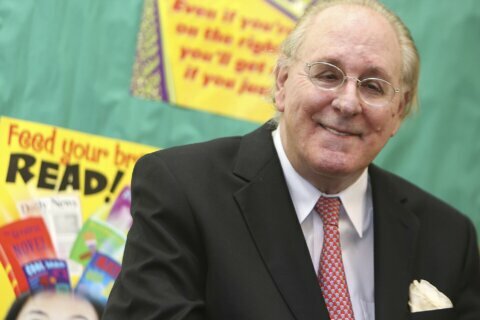 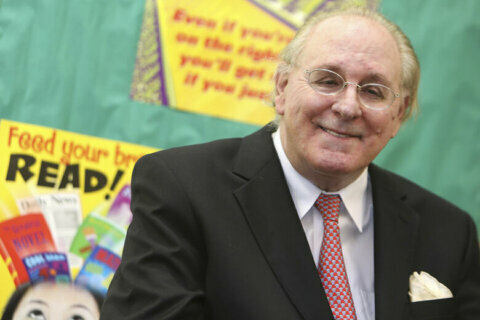