EDITOR’S NOTE: 9:30 Club just wrapped its 35th anniversary celebration, but the memories keep pouring in. WTOP Weekend Best Bets reporter Mary DePompa recalls her frequent visits to the venue, both as a performer and concertgoer.

WASHINGTON — If you’re an adult concertgoer in the DC area, chances are you have seen a show at the 9:30 Club, a staple of the DC music scene since the 1980s.

If you enjoy going out to see live music, of just about any genre, it has always delivered a great vibe and atmosphere that makes every visit its own unique experience.

As a performer, it is also a fantastic room to play, with its retractable stage. No matter how many tickets are sold, it always feels like a full house!

Depending on how old you are, you may remember the original 9:30 Club on F Street in DC. And for all of the same reasons it too was the place to be for live music, less the retractable stage.

The original 9:30 Club opened its doors for progressive and alternative music in the early 1980s. When I was growing up, and also a budding musician, you had to see music at the Atlantic Building on F Street in NW, DC. When the original owners took over the space to create their iconic music venue, they threw around names for the club. But it was just the look of the address ‘9:30 F Street’ that stuck and remains synonymous with good music today.

At the time the original venue opened its doors, music seemed at a crossroads. Hard-core Punk was waning, New Wave was trying to fill the void with its more commercial possibilities, and hairbands and sugar pop coated commercial radio. For a rock enthusiast it was a confusing time. The 9:30 Club was a reflection of that time with the variety of music offered to the eclectic crowd it had inherited. It was a virtual “music smorgasbord” that also hosted reggae, DC Go-Go and Hip Hop.

On any given night, the F Street walkways leading up to the venue, as well as the long, dark hall inside leading to the performance room, would be lined with a variety of patrons that were seemingly as diverse as the music inside. Once inside the venue, it was relatively small, very dark, pungent and complete with a structure support beam right in the front of the stage.

The venue itself was filled with social “nooks and crannies” on various levels, which were always occupied by unique cliques of people. They were either there for the show, or perhaps just the camaraderie of the artistic spirit at hand. Everyone that frequented this artistic space knew that it was something a little different and very special.

In the early days, the venue thrived on discovering up-and-coming talent. It always seemed that, no matter what night of the week, you could always catch a new and different act. As an aspiring musician at the time, I could go and see some of the best musicians in DC, as well as players from little-known groups of the day that happened to be passing through town. And every show was always very up-close and personal. There was never a shortage of great music.

The club featured acts like REM, The Psychedelic Furs, The Ramones, Fugazi, Violent Femmes, Indigo Girls, Marti Jones, Marshall Crenshaw, Joan Jett, Slickee Boys, Cyndi Lauper, the Go-Go’s, Dead Kennedys and The Bangles — just to name a few. The list goes on and on. The club’s thriving punk scene always clashed with the New Wave, so you never knew what you would get. As the decade changed, so did the music. The venue would always remain in tune with the times, hosting the grunge movement of the ’90s, made famous by Nirvana and Pearl Jam.

It was an exciting and different time for music. There were cassette tapes and vinyl, no CDs, and a digital download was as futuristic as “Star Trek.” The Internet had not yet changed the dynamic of music and promotion, so Napster had not yet cast a plague on the music industry.

As a musician, you wanted to play there and as a music lover you had to be there. The 9:30 Club eventually outgrew itself, but the nostalgia remains etched in the hearts of many natives and the chosen musicians that thrived there.

The new Nightclub 9:30 on V St, NW, was officially introduced in 1996 by its first performers: The Smashing Pumpkins. The new venue is housed in the old WUST Radio Hall.

As in the past, the 9:30 Club continues to be the place for a majority of great music that passes through the DC area. It has won numerous awards as a top music venue in town. And true to form, it still hosts performers as diverse as The Red Hot Chili Peppers, James Brown, The Foo Fighters, Loretta Lynn, Blues Traveler, Tori Amos and many, many more.

As an area musician, it’s the pinnacle of success to play the 9:30 Club. It was definitely a highlight of my music career to perform there — I just secretly wished it was on F Street. 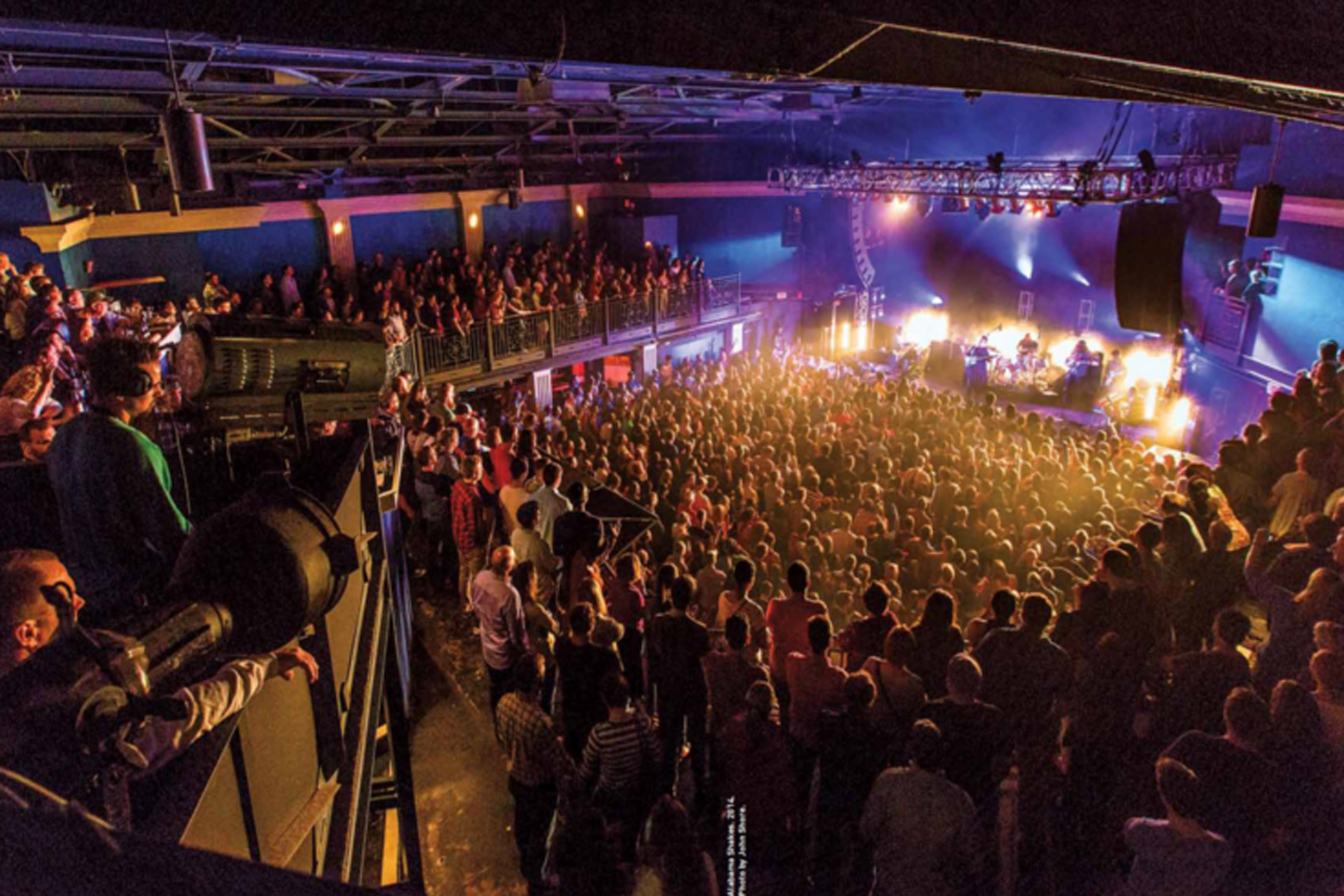