WASHINGTON — From doo wop to Motown, funk to hip hop, one constant remains.

So if you like watching legends live in concert, check out Clinton and Parliament Funkadelic at the Howard Theatre in D.C. on Nov. 19 and the Tally Ho Theatre in Leesburg, Virginia on Nov. 21.

“Come on out there, ’cause we’re gonna tear the roof off the sucker,” Clinton tells WTOP. “We played the Howard so many times, starting back in the day, 1967 … and we opened it back up when they just recently (reopened) it a couple years ago. … The Apollo Theatre, The Uptown Theatre, The Royal and The Howard: we used to call it the Chitlin’ Circuit or the Soul Circuit. When you got a big record, you had to play all those places. … Howard was the epitome of doo wop back in the day.”

A lot of folks may forget Clinton began in doo wop. Born in North Carolina, he soon moved to New Jersey where he heard Frankie Lymon & The Teenagers’ “Why Do Fools Fall in Love” (1956).

So, Clinton formed the singing group The Parliaments, which won amateur hour at the Apollo Theatre in New York with a performance of “Everybody is Somebody’s Fool” by The Heartbeats.

“It’s a love song, but we always clowned. We had ’em all cracking up,” Clinton recalls. “We just went on from there, until Motown came along a few years later and we started being a part of that. … It started out just a singing group, doo wop in the ’50s. It was just a five-man, stand-up singing group.”

Parliament landed signature hits like “I Wanna Testify,” while Clinton also wrote “Can’t Shake it Loose” for The Supremes’ “Love Child” album and “I’ll Bet You” for the Jackson Five.

“We had our younger brothers and cousins playing with us as our backup band. And when we couldn’t use our name ‘Parliament’ — as most groups get into legal trouble with record companies — we took the band and called them ‘Funkadelic.’ We became their backup singers.”

“England was coming back over here with the rock ‘n roll that black music had done in the ’50s. When I saw that happen, I knew we had to compromise what Motown was doing, because Motown was almost ten years old by ’68, ’69. I could tell then that it was changing. So we just mixed Motown with the rock ‘n roll Rolling Stones, Beatles, Led Zeppelin, Jimi Hendrix … We just mixed the R&B of Motown with that, and you come up with something pretty funky. That’s what Funkadelic was.”

Funkadelic really took off with the addition of bass guitarist Bootsy Collins and horn players Fred Wesley and Maceo Parker, who hailed from James Brown’s band The J.B.’s.

“Now we add horns to it, so you get a Sly Stone, James Brown ingredient … and you got what we called ‘P-Funk.’ … That was what we considered P-Funk: Motown psychedelic with horns.”

“We was on a roll then,” Clinton says. “We had done ‘Mothership Connection,’ ‘Chocolate City,’ ‘Bootsy,’ we were on a roll with the Mothership, which is in the Smithsonian, by the way. … When you’re on a roll, you’re in what they call ‘the zone.’ Everything you do is cool. … So we just said, ‘Flashlight,’ we just make up a word and do a song about it. … We could do no wrong at that point.”

As the 1980s rolled on, Clinton began collaborating with a number of other hot rising artists.

In 1985, he produced ‘Freaky Styley,” the second album for the Red Hot Chili Peppers.

He also hooked up with N.W.A., who are again all the rage in the new film “Straight Outta Compton.”

“Most of that music is ours in that movie. Again, we’re not getting paid for it, so we’re fighting — not Cube and Dre — but we’re fighting Universal and all the publishing houses, because all the music in the whole movie basically is ours. … We’ve never been paid for that music. Cube paid me himself on a lot of stuff, but the record companies and the publishing companies, they haven’t paid any of us. … Over a thousand people have been sued in my name and I wasn’t even the one that sued ’em.”

Legal claims aside, Clinton’s music no doubt continues to echo down through hip-hop culture.

“So many people, including the hip-hop era — Cube, Dre, Snoop — all of them sampled ‘We Want the Funk’ and ‘Atomic Dog.’ … Snoop was easy to work with, because Dre came in and helped.”

“2Pac was cool. I knew him from the Digital Underground, so it was always easy to work with him.”

“Cube was probably the easiest of all, because I worked with him so many times,” Clinton says. “He did videos and records of mine, and I did the same for him.”

That includes “Bop Gun (One Nation)” from Ice Cube’s “Lethal Injection” album in 1993. The track samples Funkadelic’s “One Nation Under a Groove.”

Most recently, Clinton has collaborated with rap’s most acclaimed current star: Kendrick Lamar. Clinton is featured on “Wesley’s Theory,” the opening track of Lamar’s “To Pimp a Butterfly” album. The two also just collaborated on the new song “Ain’t that Funkin’ Kinda Hard on You.”

“He’s the one now,” Clinton says. “He’s real smart. He learned a lot from all the people that went before him. He’s got a very good head on his shoulders. And he’s out of Compton, so he’s got a lot of N.W.A ingredients in him, at the same time, he’s got a lotta P-Funk in him. Him, Flying Lotus, all of those people, that new generation has really got the funk in ’em.”

So what is Clinton’s take on the state of funk music today?

“Kendrick Lamar’s album right now is as funk as you gonna get! You know what I’m sayin’? (Quoting) ‘I’m mad! I’ve got a bone to pick! I don’t want you monkey-mouth motherf***ers sittin’ in my throne again!’ That’s some funky (stuff)! It’s the style of James Brown’s Brooklyn music, but you can’t get no funkier than that. (Bruno Mars’) ‘Uptown (Funk)’ has definitely kept it alive and got that pop version, but you’ve got a lot of hip hop and electronic music that dabbling into the funk now.”

Through it all, Clinton says classic artists should embrace new music — not fear it.

“Funk is forever moving,” he says. “I tried to make sure I was (relevant) by staying in touch with all the new stuff that’s coming out. I try to see what they’re doing and be a part of it. Instead of being afraid they’re movin’ me out, I try to help them, and that way it keeps me around. That’s what a lot of people should learn. Don’t fear each other. Try to help each other.”

Clinton says there is no such thing as past or present, but that it’s all cyclical.

“The natural order of things, people will say, ‘You’re old school, he’s new school,’ and you get afraid of that, and you wanna fight back, and all you’re doing is removing yourself. By being upset, you just remove yourself,” Clinton says. “It sounds elementary, but if you pay attention, you realize that all our music was elementary in the beginning. It always goes back to that elementary. It’s all running in a cycle all the time, and don’t waste your time worrying. That makes you old, for real.”

Listen to the full interview with George Clinton below: 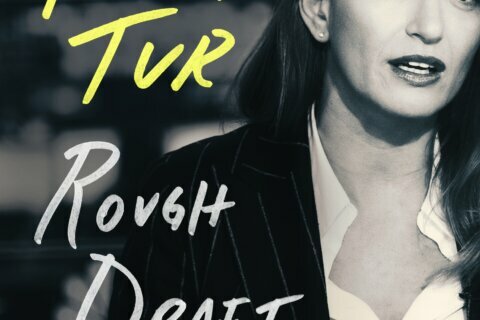 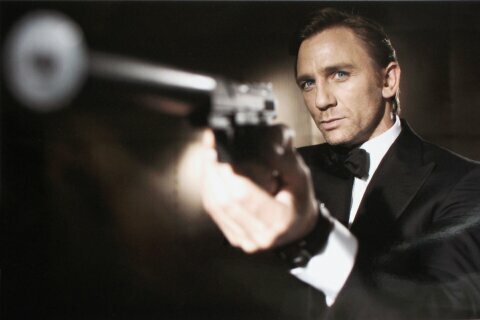 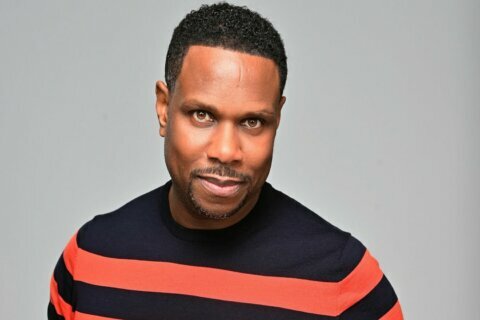