WASHINGTON — “Stranger Things” fans have been in binge-watch withdrawal since they finished streaming Season One of Netflix’s surprise smash series.

But have no fear: the Season Two trailer is here!

That’s right, Winona Ryder and the gang are back for another round of the hit sci-fi thriller in 2017.

The Duffer Brothers, who created the series, tell Entertainment Weekly that Season Two will pick up where the first season left off in 1984, but waffled over the idea of revealing if Eleven will return.

They also say the show will venture outside of the small town of Hawkins, Indiana, but will also include a trip to the Upside Down alternate dimension. Also expect to see four new characters.

Stylistically, the second season is reportedly influenced by James Cameron genre flicks of the ’80s and ’90s, ranging from “Aliens” (1986) to “Terminator 2: Judgment Day” (1991).

The teaser trailer does not include any footage of the still-to-be-filmed second season.

But it does feature our favorite music and title graphics, as well as the various episode titles.

Watch the Season Two trailer below: 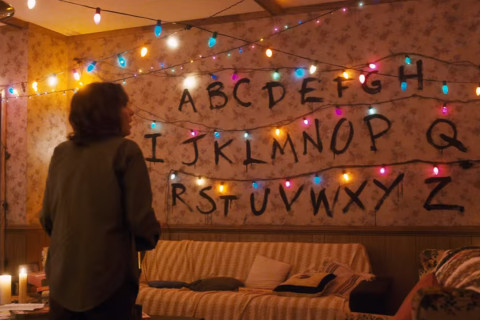 ‘Stranger Things’: Netflix cranks the campy nostalgia up to 11