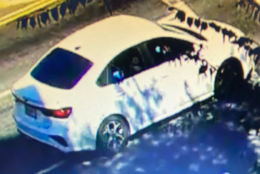 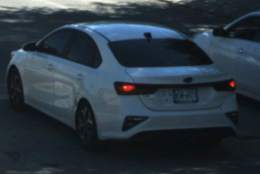 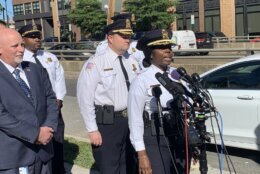 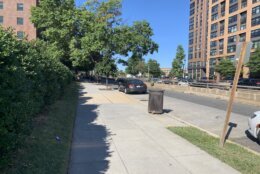 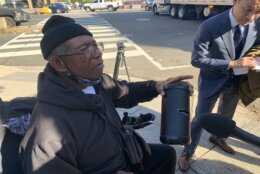 Four men were shot in Northwest D.C. on Thursday afternoon.

The D.C. police said the shooting occurred on New York Avenue, between North Capitol Street and 1st Street, at about 1 p.m.

Three of the men were transported to the hospital for non-life-threatening injuries, she said, but one of the men has critical injuries.

Police are searching for a white Kia Forte with New York tag KSM6977 on the rear. The car was occupied by possibly two suspects seen fleeing from the scene traveling eastbound around New York Avenue.

Bryant said that it appears as though the shots were fired from inside the car.

“We are still in the early stages of our investigation,” Bryant said. “We take gun violence in our communities very seriously.”

WTOP’s Mike Murillo talked with Robert Wheeler at the scene. He said he witnessed the shooting when one of the bullets hit his Bluetooth speaker that was right next to him in his wheel chair.

See a map of the shooting location below: