Holidays: 'Enchant' shines with millions of lights in Nats Park | Where to see holiday lights | Send in photos of decorations | How to give greener this season
Home » Washington, DC News » DC police search for…

D.C. police on Tuesday are looking for the man who they say killed a solar panel installer last month in Southeast. The hunt for Avery Miler comes hours after he fired shots at officers in Northeast.
Listen now to WTOP News WTOP.com | Alexa | Google Home | WTOP App | 103.5 FM
(1/5) 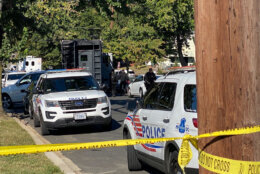 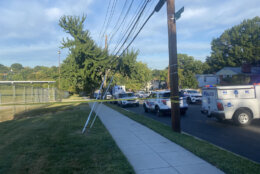 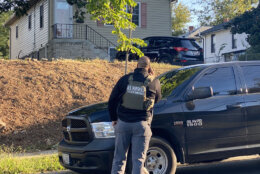 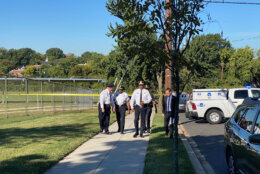 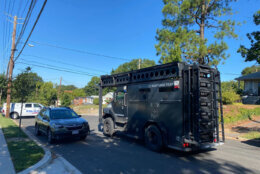 D.C. police on Tuesday were looking for the man who they say killed a solar panel installer last month in Southeast. The hunt for Avery Miler comes hours after he fired shots at officers in Northeast.

Miler, 27, was spotted by officers when they were responding to 911 call about his location just before 6:30 a.m. Tuesday. Police confronted Miler in the 5300 block of Ames Street Northeast, according to a tweet from D.C. police.

Police say that’s when Miler fired shots at them from a handgun before running into a residential building. Officers then waited for backup, and there’s no indication that police returned fire, Assistant Chief Leslie Parsons said at a news conference Tuesday morning.

No officers were hurt during the shooting, Parsons said.

Police originally said Miler barricaded himself in a building near East Capitol Street. Later in the morning, Parsons said police were searching for Miler and established a perimeter.

Police have since lifted the perimeter but are still in the area searching for Miler. Parsons said police don’t know if he’s still armed.

Miler was last seen wearing all black clothes and reflective shoes. His shirt had white writing or symbols down the sleeve.

Miler is believed to have shot and killed Aryeh Wolf, 25, while he was installing solar panels on Aug. 10, police said. Wolf was from Baltimore and left behind a wife and 6-month-old baby when he was killed. Miler is wanted on a warrant for first-degree murder, police say.

The area where Miler was spotted is less than a mile from where Wolf was killed on Call Place, WTOP’s Luke Lukert reports.

“If you have any information, if you have any sightings, or anything at all that could help with the capture of the suspect, please call the Metropolitan Police Department,” Parsons said.

Police are asking that people avoid the area. Blaine Street between 53rd and 55th streets is closed. Check in with WTOP traffic for any updates on the closure.

Several schools are in the area where police are looking for the suspect. KIPP D.C. Smilow Campus is closed. And Maya Angelou Elementary School was operating on a modified schedule to open at 11:30 a.m.

Here’s a map of the area: